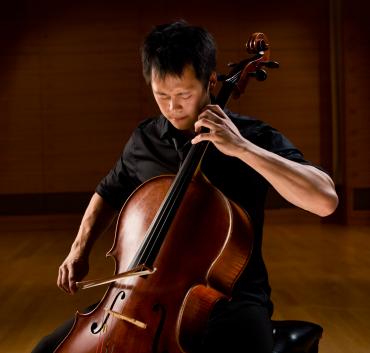 Lucas Chen, cellist, received his B.A. from UC Davis. He received his M.M. and Post-graduate diploma from the San Francisco Conservatory of Music, studying with Jennifer Culp. Upon finishing his studies, Lucas has been enjoying a diverse career teaching and performing/recording both classical and mainstream music. He has served as mentor and coach for The Oakland Youth Orchestra and Summer Music West. He is principal cellist of the Bear Valley Music Festival and was a featured concerto soloist in August of 2016.

A lover of the great-outdoors, Lucas and his wife, Mai, are avid backpackers and enjoy kayaking, hiking, and traveling. In addition to being a resident teaching artist at Alameda String Academy, Lucas is the music teacher/director at Northcreek Academy in Walnut Creek, where he lives with his wife and their cat, Gizmo and dog, Waffles.