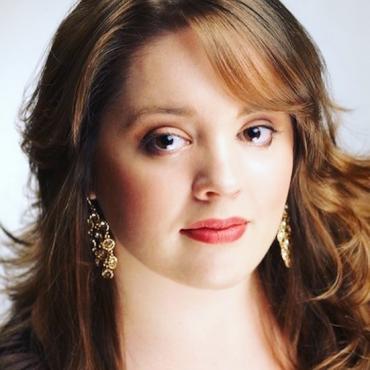 Nicole Cooper is a San Francisco Bay Area based singer who has had the pleasure of performing with Opera Cultura, Lyric Theater of San Jose, Opera San Jose, Mission City Opera, Fremont Opera, the SongFest Young Artist program, and the Edinburgh Festival Fringe in Edinburgh Scotland. Nicole has also appeared as a soloist for local events and performed new works including the concert premiere of Dos Idilios written for her by Venezuelan composer Abi Romero Ramirez.

In 2014 Nicole co-founded the Bay Area Opera Collaborative with the mission of presenting innovative productions for the modern audience. BayOp received Dragon Theatre's 2nd Stages grant for their inaugural production of Haydn's "Lo Speziale" in 2015.

As a teacher, her goal is to provide each student with the tools they need to sing freely with confidence. Nicole also emphasizes the importance of music theory and encourages her students to cultivate their musicianship skills as much as their vocal technique. Nicole holds a Master’s degree in Voice Performance from San Jose State University and was awarded the Most Outstanding Graduate Student in her graduating class. For more information please visit thevoiceofnicole.com .