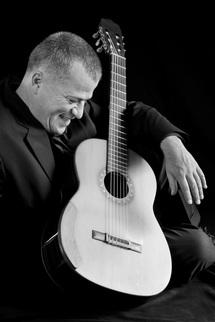 Currently, Mr. Thompson lives in California. In addition to performing, teaching, and composition, Mr. Thompson is a publisher of music. His Editions Ross Thompson Publications (ERT) printed music catalog includes over one thousand pages of original compositions and a discography of seven recordings. The entire catalog of printed music is available for download at http://issuu.com/ertpublications.

His teaching style is characterized by a very supportive, humorous, and creative approach. Students receive vital technical direction while learning new work to perform from memory. Guitar study is comprehensive, including sight reading, harmonic analysis, musicianship practice, history, ensemble, and improvisation. His students have gone on to attend universities and conservatories including Harvard, Brown, and the San Francisco Conservatory of Music. The mission is to teach music so that it remains a staple of practice and performance throughout the lives of his students.

Most recently he and concert flautist Natalia Kaminska-Palarczyk travelled to Korea for series of concerts in Seoul. The tour was sponsored by Seoul National University and will include a return to Korea in 2013 to debut a newly commissioned work for Flute, Kay gum, and Guitar. Highlights of the 2012-2013 seasons included a performance of his first symphony for orchestra, a work for guitars and strings dedicated to the San Francisco Conservatory of Music. In May of 2011 his Kestenberg Guitar Quartet was performed in Berlin at the Ibero-Amerikanisches Institut and the Festival of Contemporary Music (Original Töne Festival) (Musikschule Paul Hindemith).