St. Martin de Porres is a small parochial school in North Oakland. It is named for a 17th-century Dominican brother from Peru who was famous for establishing orphanages and children's hospitals. He was canonized in 1962. St. Martin's has some 200 "students of color," fully 90 percent of them on financial assistance, and as many qualifying for a free or reduced-cost lunch. But the school had no music program whatsoever. That's the kind of situation that a contemporary Venezuelan secular saint, José Antonio Abreu, was driven to change.

In 1975, he created "El Sistema," a huge program training thousands of disadvantaged Venezuelan children, and eventually enabling many of them to become professional musicians. One of their number is the conductor Gustavo Dudamel, the incoming music director of the Los Angeles Philharmonic. But now, add two other saintly and beloved people: mezzo-soprano Frederica von Stade, who lives in the Bay Area and is a tireless fund-raiser for charities and an advocate for educational projects, and St. Martin's principal, Sister Barbara Dawson.

They got together and asked a simple but powerful question: Why not El Sistema in Oakland? Why not give the gift and tool of music to the students — mostly children in need — in that city, even without the government assistance that makes possible the size of Venezuela's program? Von Stade, known to her friends and fans as "Flicka," and Sister Barbara have engaged three other principal figures in this benevolent conspiracy: 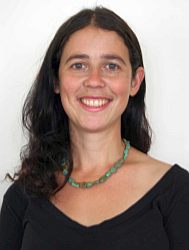 In only one year of El Sistema's existence in Oakland, the school's chorus has been heard in various venues, and gained friends, admirers, and supporters — though more would definitely be merrier. Building the Ground FloorVelen explained how the project got started:

I met Flicka through a friend and I found out she was needing help starting a choir for inner-city kids. I have worked with music and children all my life, but never in a classroom setting. Flicka has come to many rehearsals with the choir and also helped drive the kids to different events. She has a huge talent, and also a huge heart. We started the choir in the fall of 2007. My job was not only [to teach] the choir, but also to implement music in the classroom. I had a half hour with each grade, K through fifth. Up till then, there had not been music in the school, so this was very challenging.

The children did not know what was expected in the music classroom, or know how their peers would treat them if they did participate. I was very impressed with their determination, and beautiful voices, each so unique — a very challenging and beautiful group of children. They have so much to express through art. Working with Flicka has been such an honor. She spreads positiveness to all the children. They are now exposed to different types of singing than what they were used to hearing on the radio.

They really do need the different types of exposure. Listening to the radio or music on TV is not all bad, but if that is all they hear, they will naturally try to imitate that. And that is not their fullest potential. I am concerned that the program will be cut. It is hard to keep arts in schools. I have seen many programs in other schools being cut, which seems completely ridiculous, considering that music and arts are these children's only outlet and motivation to excel in school. 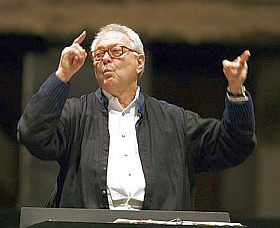 Vance George came to a rehearsal. Being around him gave me inspiration to keep on teaching and validation of what I was doing. Now I am also teaching a piano class to the middle school campus. It is only one hour a week for grades six through eight, so the going is slow, but I am sure by the end of it they will be able to play basic piano, which will only open doors for them if they do wish to pursue music.The Wheels on the Van Go Round and RoundVon Stade herself hopes the program will grow: Sister Barb Dawson has become a friend, and I've helped to start their little choir and intend to do more and more. At this point, I back up the director, Rachel Velen, and go with the kids to events and drive the van from time to time. I have taken the bigger kids, the seventh and eighth graders, to operas and opera rehearsals, and hope to do more of that, too. David Gockley [general director of the San Francisco Opera] has been so gracious about providing admission to dress rehearsals. I wish I had millions to help more. 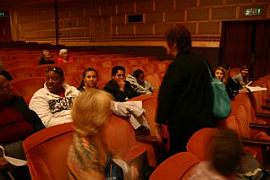 Before attending a dress rehearsal

George (who is Director Emeritus of the San Francisco Symphony Chorus, and newly appointed to the San Francisco State University faculty) says: Flicka had a wonderful idea of working in the inner-city schools and she brought me in to assist. In turn, I connected her with Ken Kaufman, at the John Ernest Foundation. [Donations cover Velen's salary and the children's uniforms.] All across America, there are folks working in inner-city schools, but it's slow going. Developing civic responsibility is what this is about. According to Chorus America, some 2.5 million people sing in choirs in this country, including church, school, community, and professional choruses. Now if we could just get to the kids when they need the discipline and joy of music the most.Kaufman adds: The John Ernest Foundation has worked with Vance George to imagine duplicating the El Sistema [orchestral] brilliance, but using choirs. Vance brought us together with Flicka and the girls from St. Martin de Porres School. We held an awareness venue at the home of Christopher Treble in Atherton, which brought some funding but, more importantly, ignited interest in this concept. It was a perfect afternoon, with the girls singing, followed by Flicka's rendition of Gershwin's Summertime. 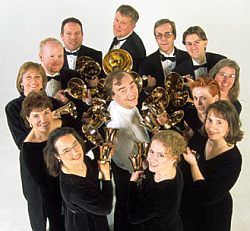 Another program Flicka has on her radar is the Young Musicians Program (YMP), an outreach program of UC Berkeley. Founded in 1968, with just 20 students and three volunteer teachers, YMP has grown into one of the leading music training programs in the nation, with 85 students (ages 10 through 18) and 50 teachers. Through the YMP experience, "a student's potential is identified and developed by pursuing academic and musical excellence, tempered with an ongoing process for personal growth," says YMP piano and voice teacher James Meredith. He continues: El Sistema is a great inspiration for these multitalented students who represent over 60 middle and high schools from four counties in the San Francisco Bay Area. The high-quality training that a student receives propels them into leadership roles in their school's music ensembles, as well as the area's youth orchestras, bands, and choral ensembles. In the last 18 years, 100 percent of the graduates have gone to college, most of them on scholarship. Flicka mentors several of the students, inviting them to perform with her in concert and introducing them to many of her famous colleagues, giving the students experiences of musical greatness up close. 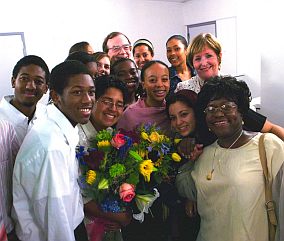