Once More (With Lots of Feeling) - ODC Dance

For a "modern-dance company," ODC feels like an old friend. Actually, it's more than just a matter of sentiment. Known as the Oberlin Dance Collective when Brenda Way formed the troupe in Ohio in 1971, the now-geographics-free ODC took an old yellow bus to San Francisco in 1976, and became a vital part of the city's cultural fabric.

The upcoming spring season, ODC/Dance Downtown, takes place at the Yerba Buena Center for the Arts, March 12-29. It offers new music, new choreography, and a repertory of five recent favorites.

Way (winner of an American Academy in Rome Residency) is the choreographer for the world premiere of Memory of the Forest, to a score by Jay Cloidt, and Co-Artistic Director KT Nelson is introducing another premiere: Grassland, to music by Marcelo Zarvos.

Memory of the Forest is inspired by the life of Way's late mother-in-law, Iza Erlich. As a teenager in 1941, she walked away from the Warsaw Ghetto, traversing Poland, Germany, and Russia to find her future husband who had departed months earlier. 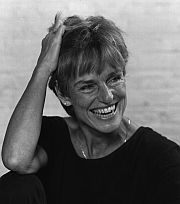 Erlich recorded her memories on a set of four audiotapes and always imagined that her story might be material for a dance. "Iza, a social worker by trade, believed in the power of art to communicate emotional experience," says Way. "Her story of intrigue, grit, and humor offers a hopeful note in our own tumultuous times." Working with Way are video artists David and Ha-Jin Hodge, and lighting designer and visual artist Elaine Buckholtz.

Creating the piece, Way says, has been "both a personal journey and an invigorating choreographic exploration. Working with dancers who put their amazing capacity on the line every day is a powerful way to explore meaning in my life."

Works repeated from the last season include Way's Unintended Consequences: A Meditation, set on music by Laurie Anderson, and Origins of Flight, to music by Heinrich Biber, Arcangelo Corelli, and Johann Heinrich Schmelzer. Also on the program is Way's 1996 Weird Weather, to music by the Hohner Percussion Ensemble.

Also scheduled: Nelson's 2008 Hunting and Gathering, to music by Bryan Eno and David Byrne, and They've Lost Their Footing to music by the Swedish rock-folk group Hoven Droven.

A $20 "Small Plates" event is offered on March 19 at 6:30 p.m., featuring an hour-long performance, with complimentary drinks and appetizers.