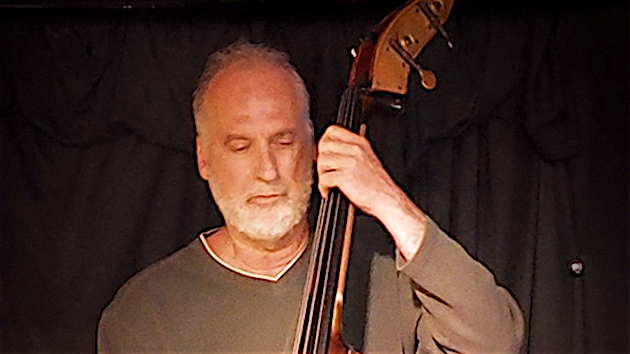 Fans with footing in both classical and jazz arenas may have taken special notice of Larry Epstein’s appearing both on stage in full dress at Davies Hall, where he long served as associate principal bassist in the San Francisco Symphony, and in casual clothing at jazz venues such as the 7 Mile House, in Brisbane, California, near the Cow Palace, where he’d be sitting in on jams and co-anchoring the rhythm section in several small ensembles. Turns out that Epstein’s dual genre citizenship dates back to his upbringing in Florida, where he attended the musically diverse University of Miami and also performed with the Miami Philharmonic.

There were also summers at the Tanglewood Music Center, before Epstein served a season with the Orchestre philharmonique de Strasbourg, and a couple with the Milwaukee Symphony. He started with the San Francisco Symphony, under Seiji Ozawa, in 1975. And there was some surprise when Epstein opted, a year-and-a-half ago, to quite the Symphony after four decades and devote himself completely to jazz composition and performance. With a gig upcoming at the California Jazz Conservatory on April 28, the soft-spoken, 68-year-old Epstein was ready to sit down at Martha & Bros. Coffee, one of his favorite hangs, and talk about what he’s up to now and how he got there.

Is that your own CD you brought with you? From the cover, it looks more jazz than classical. [myTunes! was released on Tonality Records in 2005. Available at CD Baby.] So you were still with the S.F. Symphony when this was released. 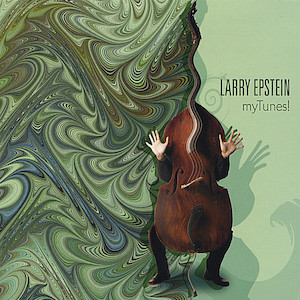 It was quite a push to come out with it, while working full-time with the Symphony. It made for a nice end-of-the-year gift to certain colleagues. But I didn’t back it up with any live performances, just one long rehearsal, we went into the studio, and that was it. It came out fine. It’s nice to have documentation of my work to that date. Probably at some point I’ll think about producing another CD. In the meantime, I want to parlay this month’s gig into other live performances. The evening will feature tunes by me. Two of the tunes are from the CD, the rest are more recent.

Were you seeking out jazz as soon as you got your San Francisco Symphony placement?

I always managed to be on the fringe of the jazz scene here, frequenting jam sessions, hanging out at gigs, and sitting in for a few tunes here and there. And in any given year, I actually worked a handful of [nonclassical] gigs.

How did your Symphony colleagues look on your “other” life?

A lot of people in the Symphony have done a lot of different things, so it was not like a big to-do. I used to go to the Café Babar, on Guerrero, and play duos with Don Prell, another Symphony bass player. Scott [Pingel, principal S.F. Symphony bassist] loves jazz! We’ve hung out at the 7 Mile House, and he’s sat in. And our principal percussionist, Jacob Nissly, has come down to the 7 Mile.

In fact, part of Nissly’s official bio video was shot down at the 7 Mile.

But Jacob doesn’t sit in. As a principal, he has a lot of responsibilities. Our principal trumpet, Mark Inouye, is a wonderful jazz player. But you can’t just go blow jazz for a night and then come in the next morning and have your chops ready to play a Mahler symphony.

I guess it works differently for string players, who aren’t using their mouths. And the dual track goes back a long way for you.

My first teacher was my father, Sam Epstein, he was a bass player, and he could play any kind of music. We played in the orchestra together in Miami, but we also played all the best [big band] gigs in south Florida. I started subbing for him, he had a hotel gig, that’s where I learned the tunes and how to play in a rhythm section, and he would sub for me.

And I gather his father also played bass.

Did you and your dad like the same kind of jazz?

He didn’t play jazz per se, it was hotel music, big band. He was not an improviser, per se. I’m straight ahead; in many ways I’m an old bebopper at heart. The golden age of jazz rings so solid for me.

Did you acquire any bass idols outside the family?

I always loved listening to Scott LaFaro, I loved hearing Charlie Mingus play, that earthiness. Ray Brown’s solos were the epitome of good taste, and the way Paul Chambers would bow a solo was, mmm, wonderful.

Mingus, like you, composed and didn’t like the walls between jazz and classical, he yearned for a place on the concert stage.

Yes. And it’s funny: if I hadn’t been writing music, I don’t think I’d be getting a band together, just to do a show.

Now that you’ve gone over to jazz, have you taken anything with you from your classical experience?

Having sat in an orchestra for so many decades, who could say what my unconscious influences are? Without being in school, I was being schooled up. But I did base two of my tunes on orchestra music.

Please name those tunes and their sources.

One is from Gustav Mahler, his First Symphony, he starts the third movement with the tympani, and then a bass solo.

That’s it. He borrowed the theme, now I’ve borrowed his. Mine is called “Mahler’s Mood.” We already have “Monk’s Mood.” [A 1957 composition by jazz pianist Thelonious Monk.] The other tune is based on the Romance theme from Prokofiev’s Lieutenant Kijé Suite. I call it “Kijé Fantasy”.

What about the way you play jazz?

This show I’m doing on April 28, you’ll see me use the bow a little more than you might see most bass players in a jazz program. That’s a carryover from the orchestra. I’ve been doing a duo [jazz] gig now and then, with Bob Brumbeloe on guitar, and I’ve got several ballads I play with the bow, because I feel at ease expressing myself with that sound.

Did it work the other way around? Any way your jazz informed your work with the Symphony?

If it had, they would have fired me, because it’s a very different discipline.

But some composers must have brought it out.

Well, you’re right. George Antheil, there are places where you have to be in the style of a jazz player. And Bernstein, in West Side Story, he writes this lick for cellos and basses, and you have to know how to swing. [He hums a section from “Cool.”] Also, I think, when you’ve been an ensemble player in a small jazz group, you’re attuned to listening acutely, and that transfers to any type of music-making.

But there’s a big difference in ensemble consciousness, right?

Sitting among 90 or a hundred musicians for a big symphonic piece, it’s a terrific sound. But when you’re one of eight bass players, it can be a little stressful for everybody to feel where that beat is, because you have some conductors who are clearer than others. Only the rare conductor has the skills to make it coalesce in a way that’s easy for everybody. 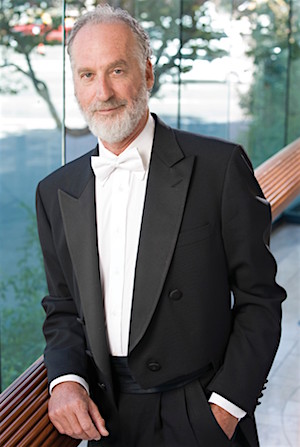 So what ultimately prompted you to pull away from Davies?

I’d done the orchestra long enough, I just wanted other experiences, digging the other part of my musical roots. Just being free to go out and hang out and sit in. I’ve left the structure of the rehearsals and concerts behind in favor of having time for myself, if I want to just sit at the piano and write music, or pick up my bass and play on my own. When I’m playing for my own pleasure, I may run with an idea, some freeform improvisation, though my writing tends to be very much in a mainstream pocket, tuneful, nothing really “out.”

Were classical scores themselves confining?

I don’t see it that way, because no matter how many times you’ve played a Beethoven symphony, you’re still met with the same challenges: to play your part well. And it’s a revelation, ideally. With some conductors, you’ll hear things you hadn’t heard before.

I saw you one evening at the Lucky Horseshoe, up on Cortland in Bernal Heights. Is that the nearest venue to your home?

Yes. They lay down some strong grooves, and it’s a lot of fun to kick back and just play some blues. I bring my electric upright bass, it’s a Yamaha.

What about the bass you bring to the 7 Mile House? Is that the same instrument you used with the Symphony?

It is, and it’s the bass my father acquired when he was 13 years old, in 1933. And he played it until he retired from the music business, at the age of 85. It’s a German bass from around 1870, an Anton Seitz, unusually large, with a really deep, pleasant sound you notice when you’re playing acoustically. Of course, I’ve had it rigged up with strings that are a little better for plucking, and I have a contact microphone on.

Those qualities seem to fit the lyrical affect I enjoy in your solos.

Who doesn’t want to sing? I particularly enjoy ballads, where you can explore those lyrical ideas.

And that will be clearly heard at your California Jazz Conservatory gig, where there’s no bar and people are there to sit and listen? 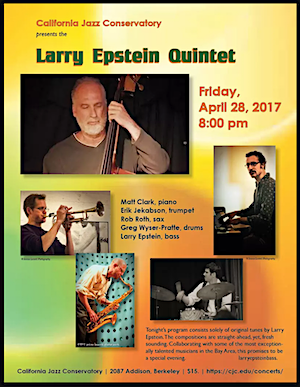 Yes, because for me, what makes this special is that I’m presenting myself as a composer, with a very good band: Rob Roth on tenor, Erik Jekabson on trumpet, Matt Clark on piano, and Greg Wyser-Pratte on drums. These are the better players in town, and they’ve been amazing to rehearse with. [Jekabson and Clark were also featured on the myTunes! recording.]

Any possibility you’ll get back with classical music?

I could see, at some point, if I put the word out, some summer music festival in a chamber orchestra setting, or an orchestra series, that’s not out of the question. Right now it’s not on the horizon. It’s always a transition, when you’ve done something for so long, and then you have all of a sudden this unstructured time. But I enjoy it, because I also like to do fun things like ride my bicycle, go to a gym, hang out at the Lucky Horseshoe with the regulars, watching Warriors games. These are things I was not able to do regularly, playing concerts at night. And I keep in touch with several colleagues in the Symphony, so I get the scoop on what’s happening.

Any money worries with the transition?

No, because fortunately the Symphony, as with so many major orchestras, is a strong bargaining unit, the contract has been pretty solid, and there’s a pretty good pension plan in place. I don’t have any dependents, and my house was paid off six years ago. I’m very fortunate.