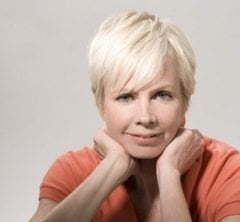 ext week, after symphony-goers enjoy Berlioz’ febrile application of the Romantic orchestra to his Symphonie fantastique, and Dutilleux’s jazz-wise deployment of cello on Toute un Monde lointain, they will be invited to ascend to Davies Symphony Hall’s second-tier lobby for a state-of-the-art mashup by cellist Joan Jeanrenaud and percussionist/beatmaker PC Munoz, the latest in the San Francisco Symphony’s boundary-busting Davies After Hours series. In the woody warmth of Jeanrenaud’s Bernal Heights home, the collaborators talked about the Davies gig and their recent release, Pop-Pop, the first on her new Deconet Records label.

Joan, I gather that this new album is a marker of where you’ve gone since your two decades with the Kronos Quartet.

Joan Jeanrenaud: I had only begun writing in 1999, right after I left Kronos. I was very interested in exploring improvisation more, which I’d done in the past, even when I was at Indiana University. When I played with Kronos [in reunions], it was great; it was just like I’d never left. But it was in the context we’d been used to: playing somebody else’s music.

You hooked up with PC [Munoz] for your previous album, Strange Toys, on the Talking House label.

JJ: The connection started with Justin Lieberman, the sound engineer at Talking House. They provided me with a producer [for Strange Toys], who was PC.

PC Munoz: Justin and I had been working a lot, and he said, “I’ve got to get you and Joan together.” It was a very strong intuitive vibe on his part. And I like to get involved in different types of music.

PC: Just minimally. I’d played with another cellist, Zoë Keating, I played in a band with her in the ’90s. And I’d worked with the San Jose Symphony, in the educational part of their program. But never in as close a collaboration as with Joan.

And what exposure had you had, Joan, to the beats and hip-hop that PC has worked with? 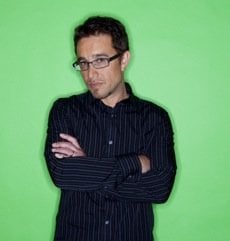 JJ: Well, I was always really interested in rhythm, and being the cellist in Kronos for all those years — let’s face it, the cello sort of fills the role of the bass and drums.

PC: And she’s funky! Well — she’s from Memphis [Jeanrenaud’s hometown]. She has Sun and Stax [rock and R&B record labels] in her blood.

JJ: I’d never worked with a hip-hop artist before, until PC, but I’ve never been exclusive, if that’s the right word.

So PC produced Strange Toys, and added beats to a couple of tracks on it, and then you both wanted to do something else?

JJ: We did, and we talked about having a DJ.

PC: But after a couple of months, Joan said, “Why don’t we just do it ourselves?” For Strange Toys, she had a lot of completed compositions, whereas at the top of Pop-Pop there were only a couple of pieces that were done; the rest emerged while we worked together.

You get composition credit on Pop-Pop, Joan.

JJ: But I’d have to say there’s a fine line there, because sometimes I’d have music I’d bring in and PC would put beats to it. ... I’d never worked that way, because PC and Justin would both be in the room, listening to what was going on, and this was a process I’d always done by myself, with no one listening. I thought, I really hate to subject you guys to listening to this.

PC: But we were enjoying it, and after a while she got comfortable with the process.

Give me some examples of favorite tracks from the new album.

PC: I like “Snake,” which is emerging as a favorite for a lot of people, because you hear her playing these cool bass parts. It reminds me of one of the bands of [jazz veteran] Ornette [Coleman]; they’re almost like his “harmolodic” bass lines. On “Reveille,” there are these long drones, and then little bursts of dissonance. And on “Noise,” there’s that little breakdown section, where you hear this classical-type playing.

Are you doing anything with the cello you wouldn’t do in a string quartet? 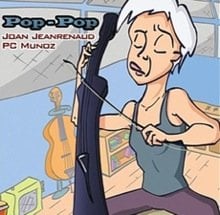 JJ: A lot of the techniques are pretty standard contemporary techniques. On “Kaleidoscope,” I do a thing where I move all the way from sul tasto, where you’re up close to the fingerboard and get a much softer sound, to sul ponticello, where you play very close to the bridge, and it gets a kind of a steely sound. Then I keep going, and I actually play behind my bridge. You move the sound through these aural worlds.

And you’re using some electric cello.

JJ: It’s actually much easier to do a lot of sound effects on the acoustic cello. But there’s stuff the electric can do that the acoustic can’t. If you want a loud, amplified sound, without any feedback, then the electric is definitely the way to go.

PC: We actually tracked acoustic and electric, both, to see which one was better.

And PC, you’re providing both acoustic percussion and electronically generated beats and other effects. To what extent was the album assembled from all these parts, and how much of it is longer takes?

JJ: “Snake” is a good example of a track that came out of experimenting, but “33 1/3” I’d be able to play straight-through.

PC: And the drum kit on “Reveille” is just one take, very sort of improv-oriented. “Where’s Raymond?” uses electronic sounds, and it reminds me of Raymond Scott.

Mentioning Scott makes me think of the cartoons of the both of you, on the album’s cover and on the Web.

JJ: I’m very close to the young guy who did the cartoons, Joe Maslov; he’s my godson.

PC: We’d like to show up as cartoons. We’re trying to figure out how to do that.

Do you feel like there’s something cartoony about Pop-Pop?

JJ: Yes, I do, actually, because it’s lighthearted music, which is hard to do on the cello. The cello does “death scenes” really well, but it can also make a lot of sounds that are very different from each other. I was really insistent on the cover having cartoons. I talked to other people about releasing the album, but there was the control issue, and it came down to the cover. So I thought, What’s it gonna cost me to set up my own record company? And I can tell you now: It was, like, 450 bucks; it was nothing!

So how will you be able to do stuff from Pop-Pop live, at Davies?

PC: We’ll strip out some essential parts that we’ll play live, and we’ll have that on a few [prerecorded] backing tracks. So you get quirky electronic sound, some underlying cello parts, and then you get lead stuff played by Joan, and live percussion by me.

JJ: And I think we’ll both do some other material. I’ll probably do some pieces from Strange Toys, though I’ll have to use my looper [looped cello tracks triggered by a pedal]. And PC has some pieces he’s recorded which he’s added me on to, and we can do some of those.

PC: There’s gonna be some improvisation.

Have you experienced that Davies After Hours thing for yourselves?

PC: We went to the last one, in March, with Mark Inouye, who’s a trumpet player with the Symphony.

JJ: He was good, he had a jazz band, and I thought that was a nice way to do it, for somebody who’s in the orchestra but plays this whole other stuff.

PC: Like a club: dim lights, two full bars, people just kind of chilling on chairs and lounges. It was cool.

I hope there wasn’t the chatter you get in some clubs, particularly during bass solos.

PC: It wasn’t like the dead silence when you’re sitting in Davies downstairs, but it was pretty respectful.

JJ: It’s like going out again, without having to go out again. You can just go upstairs, have a drink, talk to your friend about the concert you just heard, or the music going on now, and the relationship between all of it. I think they’re probably trying to bring in younger people. And it’s good to try to shatter stereotypes, and have new ideas of what instruments can do and what sort of contexts they can exist in.