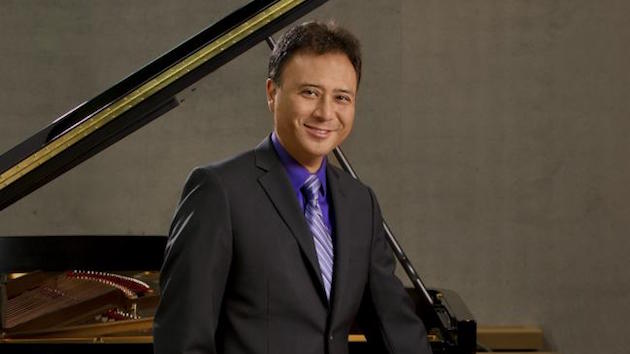 Jon Nakamatsu did not follow the traditional path to the concert stage. In fact, he didn’t even come from a musical family. The first time he ever saw a piano was at his preschool, when he was four, and it was love at first sight. So how did he get from there to being a high-school German teacher, to winning the 1997 Van Cliburn International Piano Competition, to becoming an acclaimed concert pianist?

SFCV chatted with him by telephone from his home in the South Bay, and we found out all about that — and much, much more.

Did you always know you wanted to play the piano?

I think music always attracted me — that was first and foremost, because I remember all kinds of instruments being interesting, but it was always the piano that just called to me.

After begging for a piano when I was four [laughs], they bought me a little toy organ, which I played for two years, and they taught me the little play-by-the-numbers thing. They even took me to a [group] class once and I thought it was really, really dumb. And then they said, ‘Well OK, fine, if you are serious about it, then we’re going to buy a piano, but you’re going to have to take lessons.’ I was six, and that’s when they found my piano teacher, Marina Derryberry.

And I was really, really lucky, because my teacher actually knew how to teach a six-year-old his first notes and also prepare a student for an eventual career. Everything that I can do today goes back right to her. She was at the Van Cliburn Competition with me when I went in 1997. And for us, it was just an incredible journey.

Why did you decide to become a German teacher and not a professional musician?

I thought that studying German and languages might help what I did musically. And I didn’t really want to spend my life necessarily teaching music. I thought that could be a vital part of what I did, but it almost seemed that because I wanted to be on the stage so much, if I couldn’t do that, I would want to do something completely different.

When I was in college I started working in a high school classroom and this was really, really significant work and was very challenging and really inspiring, and I thought that this was something I could do at least for a while.

When did you start teaching at the San Francisco Conservatory of Music?

In the fall of last year, I got a call to take some students from somebody who had left the conservatory. I did a lot of teaching, but always at summer festivals or kind of in an itinerant way or in master classes. To have real students is a new experience, and it’s been very rewarding and a lot of fun, and I’ve loved every bit of it.

Has being married and having a kid [eight-month-old son, Gavin] changed your perspective in any way about your career, or how you want to live your life?

I think you can’t help but be affected by that in many ways. But I think while the priority is completely him, and while I hate to leave him necessarily, you can’t ignore what you need to do. But, it’s kind of hard to do concerts when you’re practicing at one in the morning, just in between diaper changes [laughs].

How do you prepare yourself for a performance? 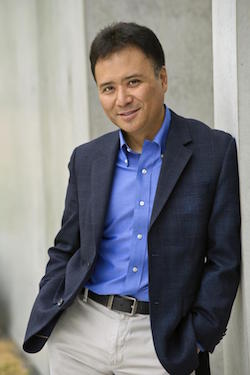 If it’s a big program or a big concerto, it’s just physically getting enough rest or doing a run the day before or something to just get your energy up.

I think we are so conditioned to being in the zone as soon as you walk out onto the stage that you feel it as the orchestra is tuning or the lights are going down — something is changing chemically in your body.

So you have to learn to not let that take over your life. Because you know it’s not just 30 minutes before the concert that’s scary, it’s that whole day, or could be the week coming up to a performance that you don’t feel comfortable with. So there are all these things that can build up. But if I let that take over, then basically my life leading up to performances can be miserable. So I really don’t allow myself to get upset about things too much before a performance.

But as concert time approaches, all I really do is try to focus on the first five-to-seven seconds of music. That’s really all that I need to know. If you’ve prepared, it’s there, it’s just how are you going to harness that energy and get it to work at the time where you need it.

The funny thing is, in my current state with a family at home, I would say my favorite part and my least favorite part are the same thing — and that’s leaving. Because leaving represents my chance to play a concert somewhere — and that I look forward to. But leaving is also horrible for me because I have to say goodbye to Gavin. Even if it’s just a few days, it’s increasingly more difficult. But that’s how life is.

How do you handle mistakes during a performance?

That’s a great question, because that’s something that we talk about with students — they think that all of that just cures itself once you do this every night — and it absolutely does not.

You might not be 100 percent together with somebody in the orchestra, and things like that are very much part of a life of performance. Because we are so exposed to this idea of perfection at all costs, those kinds of things can really, really make us nervous and pull our focus away from what we’re actually doing. I think it’s just a lifetime of training your mind to be in that moment and really do everything you can, not to push things out of your mind, but to focus all of what is going on in your head into that moment.

You are performing soon with the Marin Symphony in their season opener. Have you worked with Alasdair Neale before?

I have worked with Alasdair a lot, even in the beginning of my touring career, and we just hit it off from the very start in many ways. We have worked in Marin, San Francisco, Sun Valley, and out in many other states together. And fortunately, when we got thrown together in a concert, we enjoy every moment.

Jon Nakamatsu will be performing Beethoven’s Piano Concerto No. 5, Emperor, with the Marin Symphony for their season opener, on Sunday, Oct. 30, and Tuesday, Nov. 1.