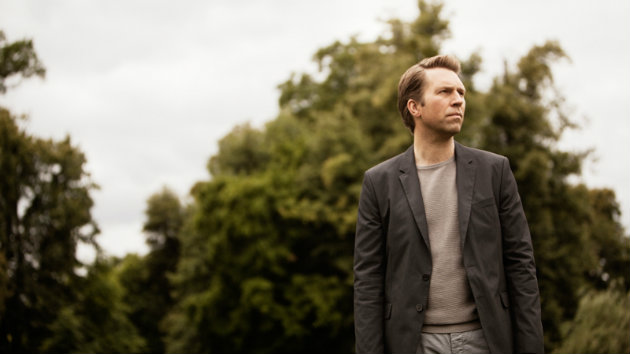 Like all A-list touring soloists, pianist Leif Ove Andsnes is a citizen of the world. But he is also a Norwegian, with roots planted deep in the soil of his native country.

He grew up on Karmøy, a dramatic windswept island off Norway’s west coast (Wikipedia lists him among the island’s six most famous residents, along with Harald Fairhair, Norway's first king). At 16, he moved to Bergen to study at the Conservatory, and very quickly achieved success. On the occasion of the 100th anniversary of the death of his countryman Edvard Grieg, he performed the composer’s music on a piano helicoptered to the top of Norway's Hardanger mountain range.

He has received Norway’s distinguished honor, Commander of the Royal Norwegian Order of St. Olav. These days, he is based back in Bergen, where he lives with his partner Ragnild Lothe and their three, young children.

Recently, Andsnes has been on an epic journey. Over the last four years, his project “The Beethoven Journey,” took him literally around the globe, performing the five Beethoven piano concertos and leading the Mahler Chamber Orchestra from the keyboard, touring to 108 cities in 27 countries for more than 230 live performances.

His current recital, which comes to San Francisco on November 18, is a musical journey closer to home, exploring of the music of fellow Scandinavian Jean Sibelius, whose little-known piano miniatures he plays along with intimate works by Debussy and Chopin (and a little Beethoven). We spoke about journeys, physical and musical, and homecomings too.

A deliberate and critical piece of your Beethoven Journey project was the physical journey – playing in different surroundings, for different audiences, in different physical and cultural landscapes. As musicians, often the realities of touring require us almost to tune out our physical environment so we can stay focused on the work. We hardly get to be tourists! And yet you sought out the adventure of bringing this project into many different environments, partly to see how it would influence your musical process. What was the outcome for you?

There were times when I felt that everything was static, and I suppose that’s part of the journey too, and then suddenly I would experience something where I thought “Oh, I made a jump in understanding.” In terms of audiences, Beethoven is so universal that this music speaks to everyone. I played in Taiwan and in the U.S. and in Northern Norway and Southern Spain and people react strongly to this music. I would say that the reactions were more related to the performances. When a performance is very alive, any audience will react strongly to that intensity, no matter where.

Did you feel at the end of this journey? Were you enlightened or exhausted, or both?

Absolutely both. I was very relieved and very happy about how the music had grown and developed, and sad to say farewell to the musicians I’d worked with so closely. And I was longing to play other music! I was very ready to play music by other composers. So I really had very mixed feelings.

And now you’re embarking on another journey, playing and recording the music of Sibelius. And that seems much more like a journey home for you. Sibelius’ music is so much informed by sense of place, by nature and Nordic mythology and poetry, which are things very familiar to you of course, as a Scandinavian. Do you think that there is something in your DNA that immediately and intimately connects you to the music of the Scandinavian composers?

Yes and no. I think that with some composers it helps to have that personal connection. I do find some of the music from Southern Europe quite foreign. I can find it very fascinating to listen to Spanish piano music by Albeniz, for example, but I have to admit that it doesn’t move me deep down. Whereas if I listen to a Sibelius symphony, I am immediately drawn inside it, in my deepest feelings. Whether this has to do with the fact that this is music I’ve known for such a long time and have grown up with, or if there’s something in my nature, in my DNA as you say – it’s hard to tell. 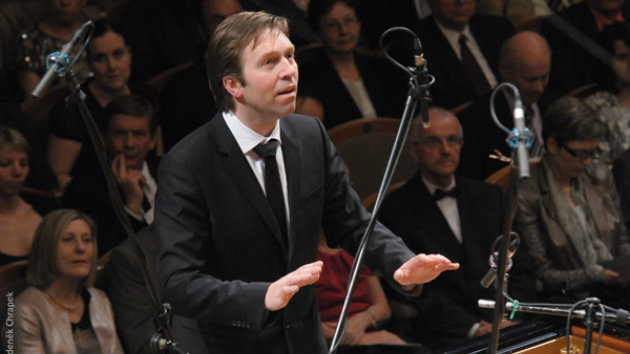 The piano music of Sibelius offers you the rare opportunity as a pianist to discover and share some very rarely heard repertoire by a major composer. What has been your experience so far with audiences?

I was very curious about the reception to these Sibelius pieces. I started playing them in recital about two weeks ago. I started in the North – and then in Vienna and Italy. And I’m very relieved that it does seem to be a language which everyone can recognize. Sometimes there’s a certain restlessness at first, because it’s music that people don’t know, and it might be a new language, and then it’s like something happens and the audience goes into the special zone where this music makes sense. These are short pieces, but I play them as a suite, without pauses in between, and I think that helps the audience acclimate to a new sound world.

You just played this recital in Helsinki a few weeks ago, as part of the celebrations of the 150th anniversary of Sibelius’ birth. What was it like to play this music in Finland, where Sibelius is a national hero?

You know, the piano music is very rarely performed, even in Finland! They told me that only three or four of his piano pieces are well known, even though he wrote many, many piano works.

Can you talk a bit about how his piano music does relate to his orchestral music?

For me Sibelius is absolutely the greatest Nordic composer, and I absolutely adore his orchestral music. The piano music is somewhat uneven – he was the first to admit that he didn’t know the piano very well. The orchestra was really his idiom, as he was a violinist. But I think that if one selects carefully, there are some wonderful pieces, and I’m planning to make a recording next year.

I find myself thinking and trying to be very creative about the sound when I play this music. I mean, of course this is true there are composers who are more pianistic, while with Sibelius you really have to search for the sound which can become a very beautiful blend of things, which is what he was always trying to produce in his orchestral music. He does very interesting things with long pedals and harmonies, and he surprises you. He makes these small moves which can seem almost irrational, and they take you in a completely unexpected direction, so that a little miniature that at first seems quite simple ends up to be highly fascinating. He knows what he’s doing.

At the Risor festival, you developed a profound relationship for 17 years with a very special community, where you spent much of your time and really made a musical home. Do you miss that physical connection, or have you found other ways to recreate that sense of an artistic home base?

My time is Risor was really a pivotal period in my life, in terms of friends I made, and the music I learned and the musicians I got to know and have continued to play with. It had a tremendous influence on me. When we had our first child, five years ago, that’s when I stopped running the festival because I was beginning a new chapter in my life. As a father I just didn’t have time anymore to do all the festival work. And now we have three children so it’s very busy! I don’t miss all the daily work of the festival, but I still go there almost every year to play, and it’s always a very special place for me.

I know your life has changed a lot in the last few years. You have a family now, three small children, and your definition of home has obviously been radically altered from your earlier bachelor life on the road. Talk about how you keep in touch when you are on the road, and how you manage to combine family life and work when you’re at home.

Of course, it changes life dramatically, and in this crazy profession, you have to adjust. I’ve reduced my traveling from about 250 days a year to a little less than half the year, and I’ve also reduced the amount of repertoire, which is almost more important, because now when I do get home I just don’t have the same kind of time to throw myself at new pieces constantly. "I do find that I end up practicing quite often very late at night when everyone is already in bed, and it’s maybe not the ideal time to practice, but that’s how it has to be!"

But it doesn’t in any way feel like a sacrifice. I’m 45 now, and it was maybe about time to put on the brakes a little bit. I find that I work now more in intense periods, when I focus on music, and then I have periods when I am concentrating on just being with the family. I try to find a balance. It’s not easy of course, but I’m not the first one to find it challenging to balance professional life and family. I do find that I end up practicing quite often very late at night when everyone is already in bed, and it’s maybe not the ideal time to practice, but that’s how it has to be!

What defines home to you? How do you identify the feeling of being at home, whether it’s in your house in Norway or a hotel in S.F., or just with your music at the piano?

What defines home? That’s a good question. You’re right; it can be in many places. Because if I’m in harmony with my surroundings, whether I’m alone or with my family, I can feel at home. When I was in my twenties, and just starting this life, it was quite difficult for me, and I could often feel very lonely. I never feel that anymore. As long as I have my music, I can feel at home even in new places, even with new faces. But maybe that’s easier when you do have a real home base. I did find that before I had a family, I was very restless. I would come home and immediately want to go somewhere else again. And now that I do have a real home with my family, I feel that I can take a sense of home with me anyplace I go.