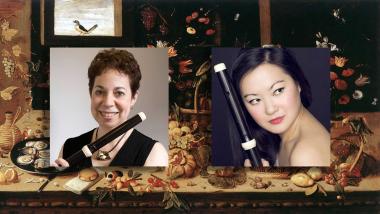 Happy festivity is the theme of this program that features music composed for a banquet and a short ballet titled "A Splendid Wedding," written by Georg Muffat to introduce his musicians to the sounds of Versailles. The mellifluous flauto traverso is brought front and center in Vivaldi's celebration of a singing goldfinch, and truly charming overtures by Maurice Greene — a composer who held all major musical appointments in England and was a founder of the original Academy of Ancient Music — feature a pair of dulcet flutes. The central focal point of this program reflects Bach’s explorations into the most up-do-date styles of his era, coming to monumental fruition in his last works, including “The Musical Offering,” a lofty zenith of the composer's practically scientific application of musical forms that culminates in his most superbly crafted Trio Sonata.