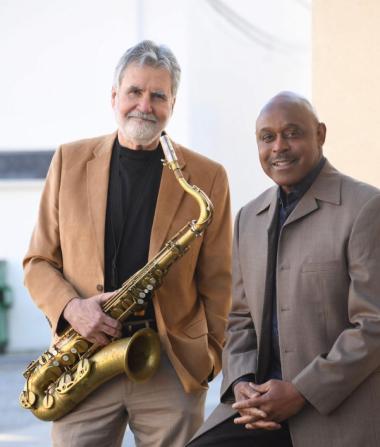 An artist who “has carved out a distinctive niche on the San Francisco Bay Area jazz scene” (JazzTimes), saxophonist Michael O’Neill has established a career built on a masterful command of the instrument and an impressive versatility as a composer/arranger – freely working within jazz, orchestral, and film score settings.

The former student of Joe Henderson who has amassed a considerable resume as a sideman, logging hours on the bandstand with the likes of Idris Muhammad, Joe Locke, Michael Wolff, and Kenny Washington and has led what is one the most durable and beloved working quintets in the area for nearly 20 years. O’Neill’s quintet has achieved a seamless and powerful telepathy that is clear to hear on their Jazzmo Records release, Pacific Standard Time — a sparking collection of fresh takes on the standards songbook recorded in collaboration with vocalist Tony Lindsay. Visit mosax.com for more information.

Best known for his twenty-five years as lead vocalist with Santana, Tony Lindsayappeared on seven of their albums including the multi-platinum Supernatural, winning 11 GRAMMY awards. He has worked with Diana Ross, Aretha Franklin, Boz Skaggs, Al Jarreau, and Lou Rawls among others, but always had a strong connection to jazz, performing around the Bay Area for decades with a passion for the Great American Songbook. Visit tonylindsay.com for more information.