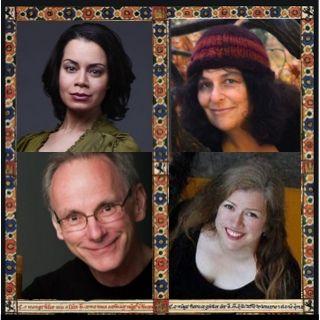 We present this concert combining Sephardic music and medieval Cantigas, celebrating life, love, food & drink, nature, spirituality, adventure & humor. In Christian and Sephardic cultures, both the rose and the almond are powerful symbols. The rose, with its beauty and sensual fragrance evokes love, fragility and the Virgin Mary, where the almond symbolizes renewal, hope, perseverance and virginity. The program celebrates the sacred and secular delights of both cultures through storytelling, dance and song.

Together, Tres Hermanicas & Aquila will perform songs of the Sephardim, the Jews who inhabited the Iberian Peninsula from the time of the Moorish conquest in the 8th century until their expulsion in the early 16th century, along with some of the famous Cantigas de Santa Maria, miracle ballads, compiled in the mid-13th century by Alfonso X “El Sabio,” King of Castile and Leon.