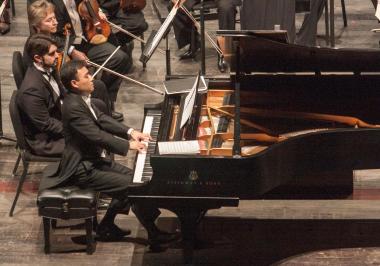 After so many plans for Beethoven’s 250th birthday were aborted last December, imagine how remarkable the 251st will be.

Jon Nakamatsu, soloist: A native of California, Jon Nakamatsu claimed a distinguished place on the international musical scene in June, 1997 when he was named the Gold Medalist of the Tenth Van Cliburn International Piano Competition, the only American to have achieved this distinction since 1981. A former high school German teacher, he became a popular hero overnight in the highly traditional medium of classical music.  (bio) https://www.symphonysiliconvalley.org/performers/jon-nakamatsu/

Note: Both the Concerto and the Symphony were premiered for a general audience on the same evening in 1808, with Beethoven the soloist for the first work and conductor for the second. Remarkable indeed.