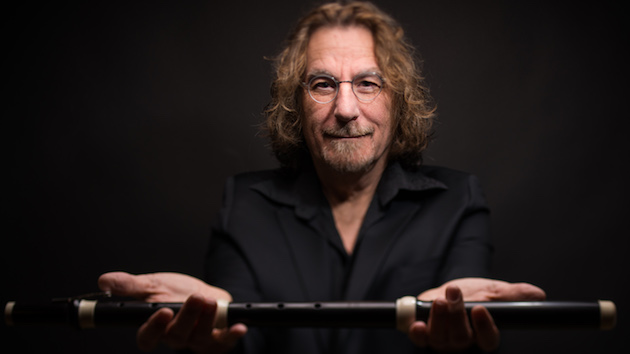 Imagine listening to half of the Beatles’ White Album, then turning it off. Or entirely skipping Abbey Road and Let It Be and ignoring the Fab Four’s eventual breakup.

It couldn’t be done. Especially by Stephen Schultz, Baroque flutist, 18th-century music specialist, and professor of music at Carnegie Mellon University. Schultz teaches a 15-week Beatles music history course at the private college in Pittsburgh, Pennsylvania, which regularly draws over 200 students and has a lengthy waiting list.

Bringing the course in condensed form for a first-ever, four-week class at Alameda’s Rhythmix Cultural Works in mid-January, Schultz and the more than 60 students enrolled covered early albums including Rubber Soul, Revolver, and the album he and many other experts believe to be the band’s masterpiece, Sgt. Pepper’s Lonely Hearts Club Band. Students’ enthusiasm and the sheer heft of outlining the music’s architecture and correlations to classical music, the band’s social and cultural influence, and other aspects of the Beatles phenomenon meant that only the White Album’s first half was covered. They didn’t even touch Abbey Road and other albums in the syllabus. “I asked the class if they would like to have a Part II and they said yes,” Schultz wrote in an email.

The three-week Part II June course will follow the same format, with analysis of the music and lyrical content of the remaining albums, the band’s revolutionary recording techniques, and the social and cultural implications of the legendary rock and roll band’s formation, existence, and dissolution. Schultz said that students in the first class included everyone from novices to people who considered themselves to be quite knowledgeable. Having missed the prior class does not preclude anyone from participating this time, he said.

Schultz spends the majority of his time in the 18th-century realm, performing solo and principal flute with Philharmonia Baroque Orchestra and Musica Angelica, and and performs at the Carmel Bach Festival, Oregon Bach Festival, and with Chatham Baroque and others. Even so, he’s found classicism in the Beatles’ tightly constructed melodies and harmonies and rhythmic complexity in their songs, which are often written with phrases that change meter every measure to mimic everyday speaking patterns.

But during an interview in January, Schultz said there’s nothing in the 18th century that compares to the Beatles’ overwhelming notoriety. “There were composers like (Georg Philipp) Telemann and [George Frideric] Handel who were popular, and those who worked in obscurity like [Johann Sebastian] Bach, but there was nothing like the Beatles.”