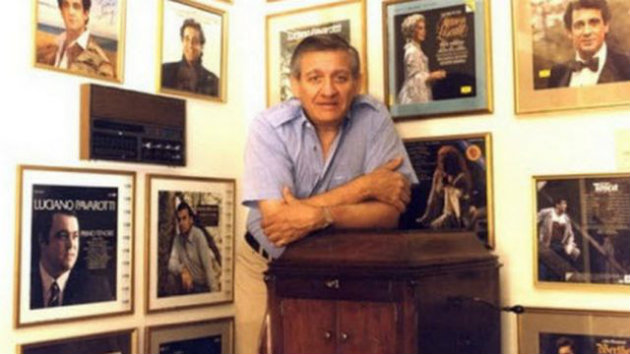 Robert Cahen, who died Monday in his Hillsborough home at age 86, captured iconic pictures of opera singers for six decades. He was known in the extended San Francisco Opera family by famous singers and fellow opera fans alike, regulars all seeing him at work at rehearsals and special events. A native of Chicago, Cahen's lifelong love of opera and photography began at the Chicago Lyric Opera. When he moved to San Francisco in the early 1960s, he asked Herbert Scholder, then the director of public relations at S.F. Opera for permission to take photos, and Scholder agreed, recalling today:

I didn't quite know what to expect, but he turned out to be the most thorough and gifted professional one could ask for, and over the years we also became close personally. I, the San Francisco Opera and tenors world-wide have lost a great friend. More than 30 of his color photos were used by various record companies as album covers. The display of photographs on the walls of the basement bar in the Opera House is his work. 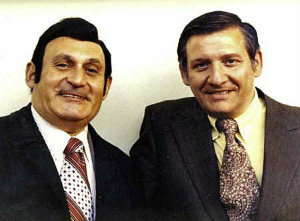 He was devoted to the singers he photographed, especially Pippo [Giuseppe di Stefano], Luciano [Pavarotti), Placido [Domingo]. He was a fixture at the Opera House with the house photographers at dress rehearsals for decades, tapering off in recent years to just one or two a year. Many of his photographs are on the walls of La Traviata Restaurant on Mission Street. When they had a major fire there many years ago, he replaced a lot of the collection from his old negatives.

Just last year, Neil Kurtzman published Robert Cahen: A Life in Opera, speculating that Cahen will "soon retire" after 60 years of photographing virtually every major opera singer of that period. Even though Cahen was 85 at the time, retirement was only contemplated - he pretty much worked truly "all his life."

He attended the Luisa Miller dress rehearsal a month ago. Kurtzman has also provided a link to a video that displays hundreds of pictures by Cahen. Cahen was also a real estate broker on the Peninsula and served as president of the San Mateo-Burlingame Board of Realtors. He is survived by his wife, Joan, and daughters and sons-in-law Gwen Kresteller (Daniel), Betsey Kauffman (Richard) and his grandchildren Leland, Elizabeth, Harris and Sylvain.