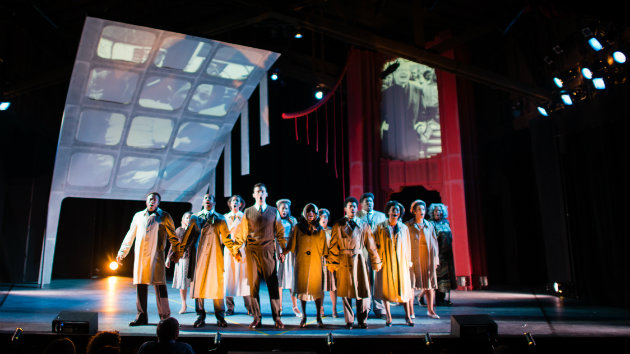 Equal rights denied is the central theme uniting stories from two eras in an original musical that had its world premiere Saturday, Feb. 13, at Berkeley Playhouse. Bridges: A New Musical pays tribute to the 1965 march in Alabama from Selma to Montgomery and spirals into the 21st Century with a correlating civil rights story set in 2008 Oakland, when California voters approved Proposition 8, a ban on same sex marriages.

Berkeley Playhouse Founding Artistic Director Elizabeth McKoy first conceived of the musical in 2012. Commissioned to create an original musical that would honor the Selma marches but also resonate with contemporary civil rights activism, Davis and Cohen arrived in Berkeley in May 2013 for an onstage reading. “We had written only three songs and one of them was a reprise,” Cohen recalls. “During four days of rehearsal, Cheryl wrote several scenes and we wrote a new song, ‘Grandma’s Story,’ overnight. We also included two songs we believed were in the public domain, ‘Ain’t Gonna Let Nobody Turn Me Around’ and ‘We Shall Overcome,’ which both opened the show. By the time we left Berkeley, we felt we had the makings of a first act.”

Instead, what they had was the beginning of a journey that led to a workshop of the work-in-progress in 2015 that featured eight new songs and “This Little Light of Mine,” a third song they believed to be in the public domain. Six weeks before official rehearsals began, they learned that the rights to all three songs were controlled by a single estate and were unavailable. Davis and Cohen immediately began re-writing and composing new music to fill the gaps. “Even though we were sorry to lose these iconic songs, we also realized our show now boasted a completely original score,” says Cohen. And it also boasted completely live music performed by the 21 actors in the cast and the five-member band, adds Music Director David Aaron Brown.

Joining the creative team in January 2016, Brown missed the hair-raising rewrites and says with rosy aplomb, “What’s exciting about a new work is that you can adjust it to make it the best possible. You can expand the work by writing a new section if the moment calls for it.” 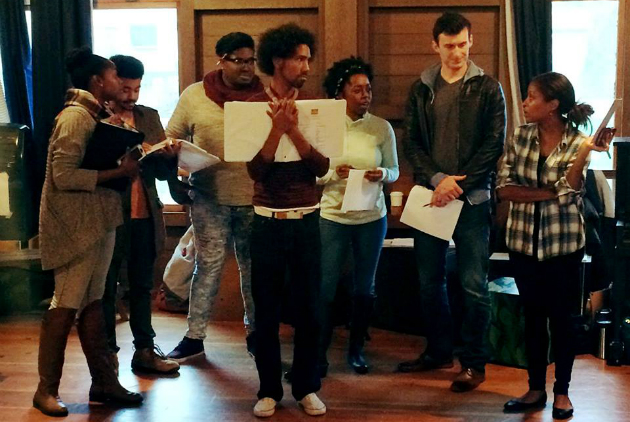 Indeed, such things did happen with Bridges. An actor playing a principal character speaking to a church congregation had a monologue with an eight-bar song that transformed into a fully orchestrated production number, just one example of a process that, on their best day, had Davis and Cohen completing another piece in record time. “I sat at the piano and began to improvise,” remembers Cohen. “We continued to go back and forth until a musical structure and a lyrical hook were solidified. Then Cheryl completed the lyrics, and we had a new song in about two hours. But it usually doesn't happen that quickly.”

Brown says blending a cast that includes “everything from conservatory-trained singers who can sight-sing to church musicians who’ve sung in a choir since they were five-years-old” was especially pleasurable. “We’re telling a story, so making sure intonation and articulation are clear while recognizing that all different types of voices can come to singing was vital.”

Unsurprisingly, the most effective songs weave the separate strands into a unifying message. “Walk in the Shade of the Lord” has three couples singing together — an interracial couple and two-teenage girls unsure of their blossoming romantic relationships and a grandmother sharing Selma’s bitter and beautiful contradictions with her grandson. “All six share the same song and a similar point of view, despite disparities in eras, age, and sexuality,” says Cohen. Another example: A Hebrew prayer, sung as a solo with cello, morphs seamlessly into a rich trio when the songs of two women overlap their male counterpart with complimentary but contrasting melodies and lyrics.

“We could have [created] an effective straight play about the Selma march,” says Cohen. “Cheryl could have written an effective drama about opposition to Prop 8. But given the complex structure of our show, music helps to unify our story and hopefully gives the piece a kind of grandeur and emotional resonance. We can take a journey that has the capacity to galvanize an audience. Given that option, it seemed inevitable to turn Bridges into a musical.”