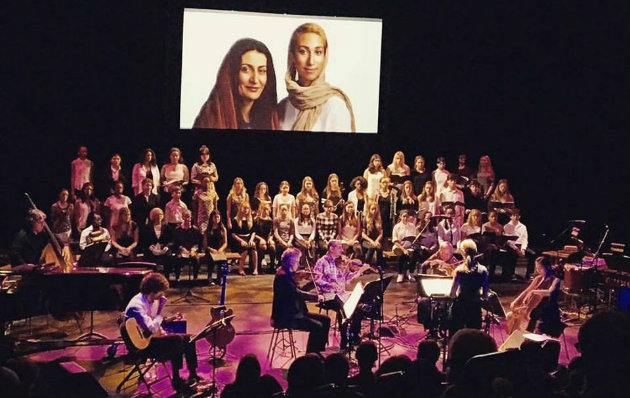 If there’s one word that best describes the Kronos Festival 2016: Explorer Series running Feb 4-7 at SFJAZZ Center it’s “reach.” Or perhaps “reaching,” because there’s nothing static about this seven-concert showcase.

The Grammy-winning string quartet is known for gallivanting across boundaries — bridging not only geographical divides, musical genres, and historical periods but building startling, small ensemble edifices in gaps many people fail to recognize until they are filled by a Kronos commission.

Founder David Harrington says that bringing the fruits of their “gallops around the globe” to Bay Area audiences corrects “something that had to be rectified.” The festival’s guest performers “will change how you hear music. Almost everything we’re doing on this festival I couldn’t even imagine a few years ago,” he says.

Technological advances make it possible to retrieve “lost” music or to blend geographically disparate voices into a cohesive whole. “(Irish composer) Dennehy’s One Hundred Goodbyes features music that doesn’t exist anymore. Voices that haven’t been heard. “The lost world of sound is coming back to us,” Harrington says. 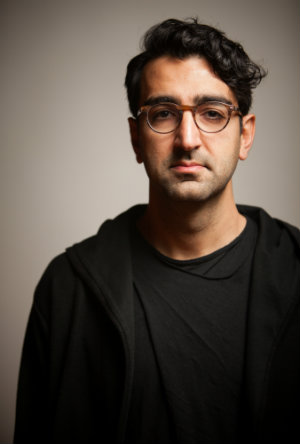 Among the many novelties, Iranian-American composer Sahba Aminikia’s Sound, Only Sound Remains, which will be performed on Feb. 5, represents a breathtaking but subtle backward-forward grasp. The composition stretches back in time to a song performed by Loreta Hairapetian, a 1930s Armenian-Iranian singer/actor, and into the 21st Century via sound clips recorded on cell phones and simple handheld devices from women in Iran who Aminikia contacted through Facebook. “I put an announcement on Facebook about the collaboration with Brooklyn Youth Chorus and Kronos Quartet,” Aminikia says about his initial crowd-sourcing approach. “I got 100 responses from about 40 women.”

According to the legal code established in Iran by the 1979 revolution, female musicians are not allowed to perform publicly. Although the country’s recording industry dates to 1905, radio and television broadcasts of female singers are prohibited and women are not allowed to release albums. Aminikia received a compilation of never-released recordings, among them Hairapetian’s poetic, mood-shifting, love song. “The song is a waltz, so there’s an uplifting, dance feeling,” Aminikia says. “It has layers that make you forget the lyrics; the textures make it a neutral zone.”

Sounds’ prelude and ending include the voice clips of the modern-day women woven into a thick texture meant to compliment and add contextual depth to the central body of the composition. The opening text is a poem in Farsi by 20th-century Iranian poet Forough Farrokhzad that translates to “Sound, only sound remains.”

For the second section, Aminikia sent instructions to two female singers in Iran, Ooldouz Pouri and Mina Momeni, asking them to re-sing Hairapetian’s song on their iPhones. “They inserted their own ornamentation, which I thought was great. I loved that they were collaborating.” The contrapuntal composition travels back-and-forth between the two present-day singers and the vintage LP. The choir part, which will be performed by the San Francisco Girls Chorus during the festival, loops snippets of the poem in Farsi. Kronos adds a fourth set of voices.

“My original idea was to have a huge ocean of sound with women’s voices also. The biggest challenge was to create a texture that was unified. The quality of the old recording, the iPhones, the choir, the quartet—these demanded a responsive [composition], but not one that is ever separated. It’s designed so that when a new voice comes in, it’s unified. But there still must be surprises.”

Perhaps the most intriguing element to the work is Aminikia’s protest when asked about his desire to set free the women’s voices for others to hear. “My biggest thing was not to turn this into a social statement,” he says. Where others may choose to focus on oppression, he hears hope and beauty. “It’s the privacy of their homes, the most intimate aspects of their characters and souls. These women sing from their hope.”

Harrington says that Persian music and culture is continually fascinating and admits to being drawn to music “from places where our (United States) government is at war or having major problems.” Regardless of efforts to suppress performers, he believes governments can’t “keep them down” and that music isn’t owned by anyone. “Music belongs to each one of us, not to governments and record labels. It’s personal.”

It’s our good fortune that music is also global and public in America—placing the world gloriously within reach at the Kronos Festival.