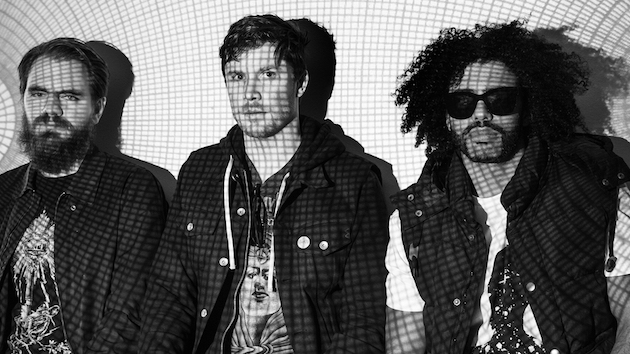 Flashback to a childhood memory: that electrifying moment in a game of tag when physical touch made you or someone else “it.” 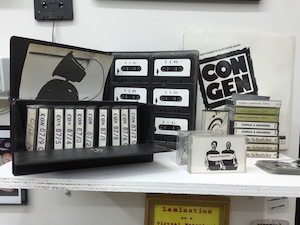 Such spark-like interactions are likely to charge the atmosphere Sept. 8–11 at The 17th Annual San Francisco Electronic Music Festival. The artist-run festival travels the experimental side of the electronic music industry and opens this year at Kanbar Forum at the Exploratorium with Conrad Schnitzler’s Cassette CONcert, a fluid composition that emerges from a boxed set of cassettes comprising component samples recorded by the late composer. The program will be assembled, mixed, and performed by Gen Ken Montgomery. The four-day festival continues at Brava Theater Center with three evening performances that comingle new, emerging, and established musicians selected this year from the U.S., Italy, and Norway. 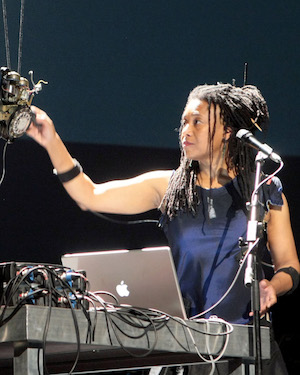 composer/performer, media artist, and one of eight festival founders, says the shows are like sonic journeys across distinct landscapes. “I’m particularly excited by the breadth of this year’s festival. The juxtapositions will expose the audiences to great surprises. And yet, I like to think that there will be a nice flow from one artist to the next — a kind of logic and balance.” Z says the organizers seek to present works that challenge commercial or academic conventions in sound art, electronic, and electro-acoustic music. Diversity is primary and has come to the festival from the United States mostly by way of pockets of creativity in the Bay Area, New York, Los Angeles, and Chicago. Internationally, she says the most vibrant sound art scenes exist in large cities in Canada, Japan, Germany, Italy, Mexico, France, and the U.K. — all areas from which the festival has sought participants since its founding in 1999.

Of course, a festival — especially one with flow — would be bland if there weren’t disrupters. This year’s inclusion of the Los Angeles-based rap-music trio, clipping., was deliberate. The trio formed in 2010 and consists of vocalist Daveed Diggs, an East Bay native and Tony Award-winning actor who originated the roles of the Marquis de Lafayette and Thomas Jefferson in the acclaimed Broadway musical Hamilton; noise musician William Hutson; and Jonathan Snipes, a composer specializing in electro-acoustic music and musique concrète. Their name bears a “.” for aesthetic purposes and salutes the digital phenomenon of clipping, when a sound wave is intentionally cut off by restricting its range or accidentally “clipped” by pushing an amplifier beyond it’s power capacity. Their music catapults from hip-hop/musique concrète/noise music traditions to sounds that stretch current definitions for the electronic music genre. “They are certainly the most hip hop-inflected artists that I can recall us ever presenting,” says Z. “They artfully weave together elements of rap, industrial noise, musique concrète, and culturally relevant narrative in ways that are uncommon. They definitely broaden SFEMF’s offerings.”

Diggs and Huston have known each other since third grade — “we played tag,” they both say, when asked about their earliest memories of interacting. The bonds were cemented as teens. “We’d watch rap videos at the same time in our separate homes and talk on the phone for hours about the music,” says Diggs. “We’ve been nerding out for a long time, so we have a lot of reference points.”

Their “nerding” grew to include Snipes during their college years. “[David] heard me explaining to some other freshman who [electronic composer and musician] Aphex Twin is, and he butted into the conversation,” says Hutson. Snipes ended up as Huston’s roommate and because Diggs’ university was on a different schedule, Hutson says, “Daveed would come stay on our couch for most of the month of May, every year.”

Out of that time has come a working dynamic that doesn’t include “jamming” to find a groove. Instead, the band’s music begins with lengthy discussions and investigations. Decades of shared experience and a preference for the 5U modular synthesizer system that Snipes has been assembling for more than a decade doesn’t preclude their constant exploration of new modules, pedals, plugins, the range of Digg’s voice, acoustic elements. and recorded sounds that include a thermos, gunshots, orchestral excerpts, automobiles, and more. “One of the things we value in that sonic juxtaposition of human and machine is a feeling that our techniques are inherited — we’re part of a tradition and a trajectory of [contemporary] music and thought,” says Hutson.

Diggs calls their process and music in general “a grand experiment” and sees no separation between his body-generated sounds and the electronics. “It’s all physical. All you do as an artist is make the song you want to make and then throw it out there and see how people respond to it.” 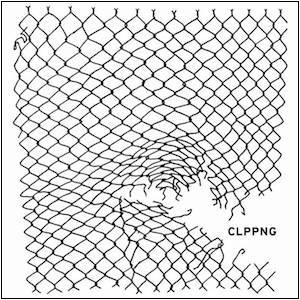 Clipping. created their first album, midcity, entirely in-house and released it in 2013 on their website without record label representation. Five months later, they signed with Sub Pop Records to produce and release in the same year, CLPPNG, their debut label album. Splendor & Misery is a concept album set to release Dec. 8, 2016. It tells the sonic story of the sole survivor of a slave uprising who discovers music on his interstellar cargo ship — electronic tracks describe its structure, Digg’s lyrics express the rhythms of its engines and machines — and abandons institutional oppression to journey into the unknown.

Asked about the lyrics he writes, Diggs says, “I’m not a message person. We’re just trying to get the best songs. If there’s a message, it’s in the structure.” It’s partially true. The trio’s intense, if-you-want-it-done-right-do-it-yourself process leads Diggs to say, “We’ll happily shelve a song that doesn’t work for us.” Selectivity is a direct byproduct of Hutson’s and Snipes’ extensive knowledge and experience as audio engineers and field recordists. Hutson says in an email, “We’ve spent so much time recording, mixing, and mastering all of our own stuff, our ears appreciate people who can do that better than we can. We’re the type of band that, if spending an extra month, and thousands more dollars will make a track sound even one percent better — such that only the three of us, and our mixer, Steve Kaplan, can tell the difference — it’s still totally worth it to us.”

Even so, seven-beat gunshot volleys followed by lyrics referencing police and including “brown boy sitting on his knees with his eyes shut,” and “times have made a choice of what to keep and what to throw away,” on a 2014 single track release, “Knees On The Ground,” carry purpose. And larger statements, such as removing the first person “I” that is elemental to most rap, suggest that they are after more than simply “the best songs.” When pressed on the subject, Diggs says, “Our politics are evident, but the goal isn’t to influence anyone. It’s not like we’re a Michael Franti project.” The new album, he admits, is more overtly political. “Afrofuturism is what it entails. The politics over the ownership of black bodies is in there. We wrote it in light of the killing of African-Americans by police. We just had to write that.”

If there’s reluctance to stand out for their politics, it’s primary discomfort with distraction over political message or in any idea that their songs capitalize on tragedy. Instead, Diggs says that what’s important — the thing that most surprises him when reviews or articles emphasize how clipping. differs from other noise, rap, or electronic musicians — is how traditional they are. “We’re working in what we know. Our process is different, but it’s actually focused on doing things the same as songs we like or reference. Almost every song we put out is a standard rap format: three verses, three licks.” 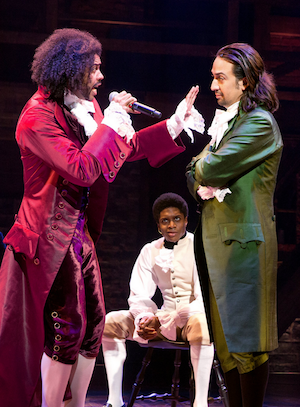 Diggs has finished his stint with Hamilton and is eager to move on. Grateful for the bump that clipping. has received from the show, he’s encouraged by the experience to pursue future large format projects. “I was already thinking [prior to being with Hamilton] about exploring musicals and short films. Hamilton isn’t a new catalyst for that kind of thinking, but it’s an example of large-scale work that’s brilliantly executed. It’s life changing. And it gives clipping. a new fan base. There are all kinds of kids who’ve come to us through Hamilton. I wouldn’t have expected much crossover, but there is.”

Diggs and Hutson are hoping for equal crossover at the festival — opportunities to “nerd” with other musicians they admire or have never encountered before. “I was a huge Fe-Mail fan, so I’d at least like to shake Maja Ratkje’s hand,” says Hutson. Z says a private party for the artists, post-concert get-togethers, full festival lodging, and passes provided to the musicians encourages interactions that, like Diggs’ and Huston’s long-ago game of tag, spark lifetime connections.