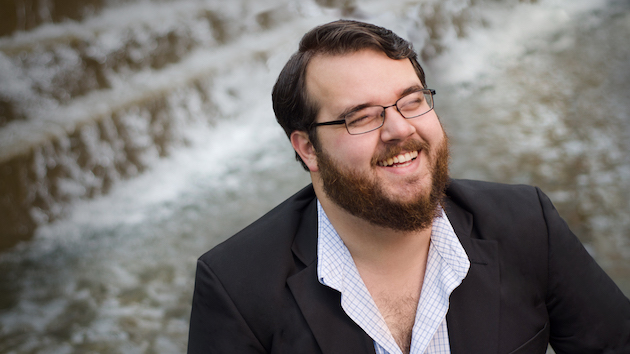 Two ongoing questions for contemporary opera are what is its shape and who are the shapers? An underscore: What happens to operatic tradition in a new era?

Opera Theater Unlimited, founded by a small group of art lovers and artists in 2015, is dedicated to avenues of discovery: through workshops and productions that lead to answers, or possibly, to the unburying of fresh areas of inquiry. Hunter, a new opera by San Francisco-based composer Joseph M. Colombo with an original libretto by playwright and arts educator Caitlin Mullan and directed by OTU co-founder Sarah Young, premieres in July at Exit Theater. Music Director Elliott Encarnación conducts the orchestra for four performances July 14–15 and 21–22. 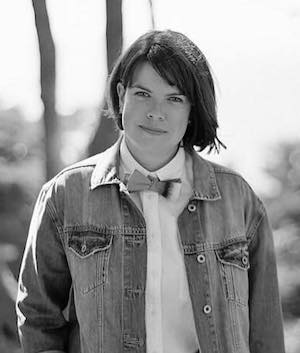 Most urgent of all: What will be the sound and structure of a score composed by a “post-classical” composer writing his first opera? Will the language of a playwright pivoting to write a libretto flow and fulfill the demands of the score? Will contemporary music and a true-to-life story come together and allow for arias that are harmonious, heartwarming, organic, and filled with opera’s signature sweep and dramatic tension?

In a phone interview Young says the story of Hunter, who falls in love with Addison, the girlfriend of Max, a fellow soldier, is emotional and political. “It’s a coming-out story. The world in which it’s placed — a universe very like our own, slightly in the future — means there’s still a lot of danger for homosexuality. There’s the danger for Hunter, but also for Addison, who risks her place in society, her family’s reputation, the work she wants to do. If she becomes a social outcast, she won’t be able to do what she wants to do in her world.” For Max, the stakes are equally high. He’s of higher rank than Hunter and Addison, so future promotions are thrown into question. His struggle is also internal, about choices he must make, responsibility to self versus the group, the course of action dictated by duty versus love. “I’m attracted to the stakes being high,” Young says of her approach. “I’m digging deep into character development. In a black box, we can get into details and subtle things to bring the characters to life. We don’t perform to the balcony, let’s put it that way.” 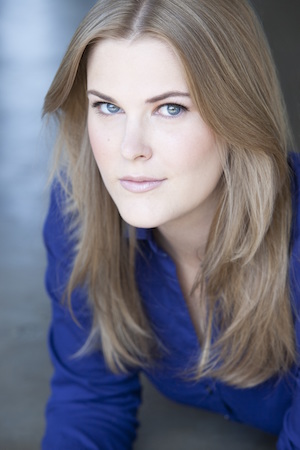 The score for the three-act, approximately two-and-a-half hour opera includes melodic themes, dissonant sounds, music theater-like elements, rhythmic syncopations, and polytextured, high-contrast sections between the onstage orchestra and the singers that are not a common feature of classical operas.

In other words, there’s tension. And great beauty. “It’s human,” says Young. “It’s suited to the chamber setting. I’ve always felt Joseph’s music is emotional, well-suited for voice. It has flair but is subtle.” Colombo, she adds, understands vocal range and the uniqueness of the human voice. “There’s a tone and human element that doesn’t occur in other instruments. He thinks about range, pacing, breath; the combination is unique to the individual. It’s how the musician feels that day. It’s full of variables.”

Because there is text involved, a librettist with sensitivity to both the singers’ and the composer’s needs was of vital importance. “Caitlin came at it from the angle of a good story. It reads like a novel in terms of building character relationships. It’s conversational and poetic, depending on the scene and projected mood. There’s not an exact aria-recitative [division], but the pacing is action driven, alternating with quiet moments.”

With no minor characters, the cast gets “a lot of screen time,” according to Young. The company is hoping the production will outlast its premiere and find continued life through other companies. As a timeless, placeless story, but one grounded in what is fundamentally a love triangle, the balance of open and solid structuring allows room for interpretation. 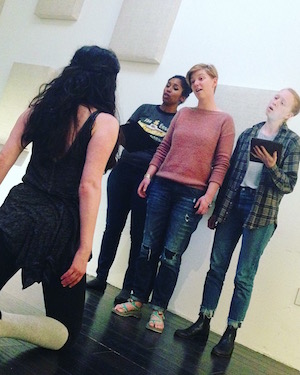 Currently working to earn her MFA in directing at The New School for Drama in New York City, Young says her transition from singer to director has increased her belief in collaboration and improvisation. She recognizes that opera’s storytelling, orchestras, and singers — the genre itself — will always require a degree of architecture, but allowing a work to evolve releases it from a one-track future. Singers with classical skill, fantastic musicianship, and the ability “to sight read like nobody’s business,” are essential. “You have to have people who are comfortable existing in the moment. It takes an adventurous mindset willing to go on a journey musically and dramatically without a road map, with no YouTube to watch. You have to come up with the answers,” she says.

For the audience, the task is easy. All they need to do is show up, as if invited into someone’s living room. Sitting within arm’s reach of the performers at the Exit Theater, Young says people can feel voices, drumbeats, and instrumental notes vibrating in their bodies. “It’s visceral,” she says.