Philharmonia Baroque Goes for the Glory 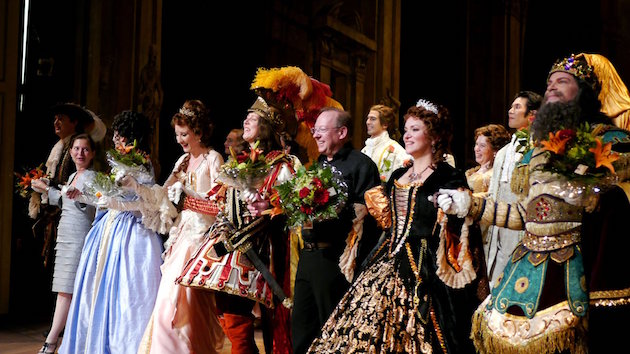 Words alone cannot convey the passion and over 25-year persistence of Nicholas McGegan.

Fortunately, they don’t have to. 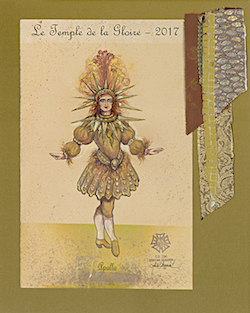 As music director of Philharmonia Baroque Orchestra, McGegan brings a world-premiere to Zellerbach Hall on April 28–30, and the company’s first fully staged opera: Jean-Philippe Rameau’s Le Temple de la Gloire (The Temple of Glory). With Cal Performances and Centre de musique baroque de Versailles as co-producers, the 18th-century French composer’s opera-ballet with libretto by Voltaire is presented by the orchestra and chorale with guest soloists and the New York Baroque Dance Company. Stage direction and choreography is by Catherine Turocy, costumes are by Marie Anne Chiment, Scott Blake provides the set design, and lighting is by designer Pierre Dupouey.

In the words of McGegan, “It’s extravagant, spectacular beyond description.”

The score that, he suggests, Rameau composed as if afflicted by “musical attention deficit syndrome” — more on that later — has played like a gorgeous soundtrack in McGegan’s dreams for nearly three decades. Years after John Shepard discovered the original 1745 manuscript in the archives of UC Berkeley’s Hargrove Music Library, Victor Gavenda, then a Ph.D. student, recommended the piece to McGegan. 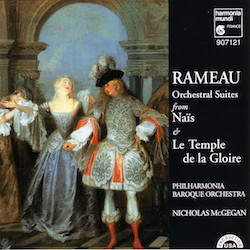 In the mid-1990s, PBO recorded several movements of the score on Rameau Orchestral Suites, a CD for Harmonia Mundi USA. But never before in it’s 31-year history has PBO presented a baroque opera complete with period costumes, a set design that is “a baroque theater built within a 21st-century airport hangar-like theater,” guests artists for whom French is their native language, a dance troupe steeped in the era’s technique, a Meyer sound system that can be tweaked to create an auditory replica of the sound heard by audiences in French concert halls during Rameau’s time, and extended advisors who are experts in Rameau’s music, French literature, and history.

McGegan says there is much to admire in this 1745 version, which many audiences have not heard because a revised version of the score, from 1746, is performed most often. The 1746 version stripped Voltaire’s original libretto of many of its moralisms, in order to soothe the affronted King Louis XV, who’d just won a rare, major battle and didn’t favor the opera’s chastising political overtones. To please French audiences, love stories and spectacle were layered into the later version’s libretto and orchestration. 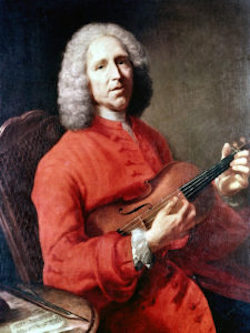 “This earlier version we are performing is definitely a stronger message to the king,” says McGegan. “It’s telling him how to be a true hero. Which means full scenes are changed. The love music that was added for the second version diluted the story.”

The allegorical story has characters representing envy, tyranny, fighting, and immorality failing to gain entry into the Temple of Glory. Instead, generosity and forgiveness, demonstrated by the Roman Emperor Trajan in freeing captured prisoners-of-war, are rewarded with his admission to the temple.

The score, McGegan says, is magical. Which isn’t to say that it is gentle: “It has been said about Rameau that he was only kind to people by mistake. He had great humor but often at someone else’s expense. He wasn’t a warm, fuzzy composer. The score is as pointed as is Voltaire’s libretto.”

The magic is in how the disparate, short pieces are integrated in the score — there are no extended, linking love arias or duets. Combined with production elements, it creates a world McGegan likens to West Side Story. “It’s a wonderful mix. Incredibly ornate music, flying clouds with people in them, sheer extravagance in the costumes and dancing. At one point, I think there are 40 people onstage. It’s very different from an opera by Handel that might have had a cast of six.” 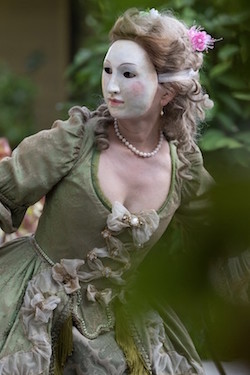 He adds that there is surprising internal cohesiveness, despite the fact that “little snatches of tunes appear and then are thrown out the window for something completely different” and some dances don’t actually happen because “someone interrupts and just says ‘stop this’ immediately after they’ve begun.” Rameau, he says, in the orchestration throws in “the whole kitchen sink of the orchestra, deliberately exotic and jangly, with trumpets, even bagpipes.” The this-and-that unconventionality — the attention deficit he mentions — mirrors the line shape in Voltaire’s antiestablishment allegory.

“The music and words go fabulously well together. If you were to say the lines dramatically, with pauses you’d use when you’re acting it and your voice going up and down, that’s more or less how the music goes. It’s the same with Bach: if you declaim the words in a special way, it comes out like the song version.”

That “special way” has the soloists rolling their Rs as they would in Italian. The words sung in French are valued enough to be published and studied in their own right by literary critics. “The words are not merely in service of the music,” he says. “What’s tremendous fun is that 90 percent of our cast is French. They make the words live. They understand the meaning behind the words. I get to watch all the dancers, listen to these musicians. I get the best seat in the house — not that I get to sit.”

There’ll be little sitting at rest for anyone involved in Temple. Three weeks before opening, the orchestra has begun intensive rehearsals with the singers and soloists. The dance company was to join during week two, although they’ve been rehearsing at their home location for months. Local children involved have been working offsite and will be integrated; the chorale is not onstage so won’t require blocking. “The final 10 days we are putting the elements together but not yet onstage,” says McGegan. “When everyone is finally onstage, it’s going to be ... spectacular.” 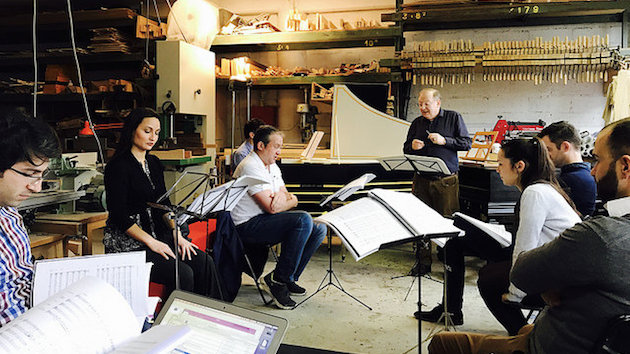 Asked while still midstream if he’d like to mount another opera, McGegan doesn’t hesitate. “I could happily spend my life doing these. I love anything with dance. We play in the orchestra with lots of gestures, then to see those gestures in the dance is just fun. One helps the other.”