Mr. Folk and His Dark Side 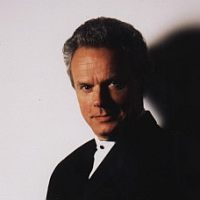 The British composer Ralph Vaughan Williams is beloved for his evocation of pastoral, folk-song-infused landscapes in works like The Lark Ascending. But also on the program is a totally different “VW,” the violent, take-no-prisoners maniac of the Symphony No. 4, a piece that grabs listeners by the throat and never lets go.

Come hear which is better, the Jekyll, the Hyde, or French music by Georges Bizet and Francis Poulenc. Yan Pascal Tortelier conducts the San Francisco Symphony, and the young organist Paul Jacobs is soloist. Jacobs came to international attention at the age of 23 when in 2000, he twice performed the complete organ works of J.S. Bach in 14 consecutive evenings, in New York City and in Philadelphia and then held an 18-hour non-stop marathon of works in Pittsburgh.