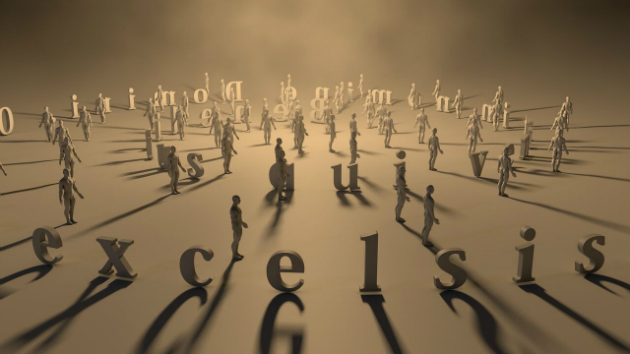 Beethoven's Missa solemnis has been in the shadow of its contemporary, the ever-popular Ninth Symphony, for the last 191 years, and gets only a fraction of the Ninth’s performances. The exception to that observation is the San Francisco Symphony, where the Mass will have its third series of performances in four years (and the 13th since 1932), on June 10-13.

This time, it will be something different: a staged performance (nothing "semi" about it, says stage director James Darrah) that Music Director Michael Tilson Thomas calls "building structures out of words” and will  “give the audience a sense of the work’s ‘cathedral’."

Why is MTT such an advocate of the Mass that is often neglected or avoided by other orchestras?

It is a work I’ve always admired, but didn’t really know what to do with until about 10 or 15 years ago. Beethoven spent many years writing this piece and created a large architecture that, to me, has the shape of a cathedral. There is so much in this piece, and it has definitive areas, which for me, are like little side chapels.

For instance, we will walk along a transept and turn into one little chapel, and there is a remarkable altarpiece, or an amazing window, or some work of art that is about that particular part of the text. And we experience that. And then, we walk further along and come to still another vista that illustrates something else.

The idea of these small chapels is hard to understand in a usual performance setting because, basically, there are a lot of people on stage for the whole performance. There’s a big chorus, vocal soloists — who are either sitting down or standing up — and instrumental soloists. Everything seems like it is on top of everything else, and in a sense it competes with parts of itself. I think this is what makes the piece hard to get into.

So I asked myself: How can we show what is happening? How can we put these various parts in different spaces around the hall, and use different size forces for different parts of the music to suggest the majesty of the piece? This gave me the idea that we could use the words of Missa solemnis and build structures out of the words; we could take the words and construct chapels or ceilings. And inside of this architecture, we would put the singers and the chorus, and this would give the audience a sense of the work’s ‘cathedral.’

As an audience member, one is able to follow many more of Beethoven’s designs in this production. I hope it will offer an insight into the shape of the piece, and into Beethoven’s actual thoughts and reflections concerning the text, in a way that I don’t think will be distracting to people but rather illuminating. 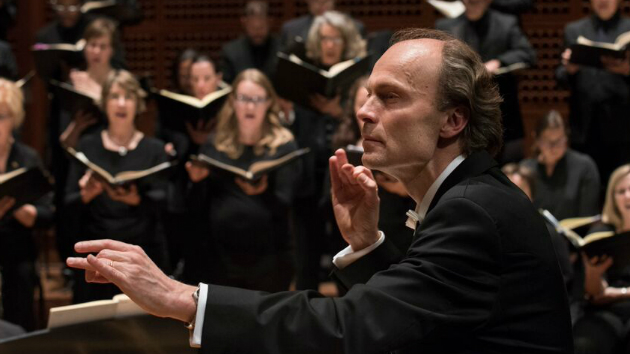 The S.F. Symphony Chorus is a vital component of the Beethoven Festival, especially in Missa solemnis, the June 25-28 concert version of Fidelio, and portions of the June 20 Beethoven Marathon. Chorus Director Ragnar Bohlin says:

I am very excited that the S.F. Symphony Chorus gets to perform in several major Beethoven works in June, all under MTT's direction. It starts with a big bang, a staged version of Missa solemnis. To return to this piece for the third time in a few years is deeply gratifying. Each time the music keeps growing for us.

Some of the choristers will act on stage, there is a double set of soloists, there will be video projections and the Pacific Boys Choir will join forces with us for certain parts. Thrilling!

Next is Beethoven's Choral Fantasy and movements from Mass in C. The Choral Fantasy is a wonderfully charming precursor to the last movement of the Ninth Symphony, and it includes a thrilling and virtuosic piano part [Jonathan Biss is the soloist]. The C Major Mass is often overshadowed by the great Missa solemnis. However, it has a very appealing emotional directness, and we cherish the opportunity to return to the Kyrie, Gloria, and Sanctus of this work which we performed in full last season.

We will also do a concert version of Fidelio, Beethoven's only opera. I have always found concert versions of great operas musically gratifying. It enables the score to come to the fore for full appreciation, not having to compete with visuals and acting.

Fidelio will have an exceptional cast of soloists, including Nina Stemme as Leonore/Fidelio, Joélle Harvey as Marzelline, Brandon Jovanovich as Florestan, and Kevin Langan as Rocco.