Sunset Music and Arts Brings World-Class Music to the Avenues

Immersed in the fifth season of Sunset Music and Arts concerts held at Incarnation Episcopal Church in the Sunset district of San Francisco, Mathew Chacko revels in the series’ good fortune. When Chacko along with co-director Sally Porter Munro launched the music program in 2014 with a powerful U.S. premiere of British composer Ian Venables’s music and a robust concert by the Rimsky-Korsakov String Quartet from St. Petersburg Russia, they knew they were making a splash.

But unknown — indeed, unpredictable for any new arts initiative — was the rippling impact the affordably-priced concerts and workshops might have on the community. Nor was it anticipated the series would attract an increasing number of high quality local, national, and international musicians eager to participate in the intimate concerts and casual, interactive workshops and presentations.

“The motivation for starting in the Sunset District was that there was not much cultural activity in the area,” says Chacko in a recent interview. In addition to directing the series, he is the church’s organist and music director. “We had a wonderful venue, grand piano, pipe organ, tremendous acoustics. We wanted to foster up-and-coming talent in addition to great professional musicians.”

A concert April 13 with San Francisco-based Ensemble Illume features contemporary composer Kaija Saariaho’s Je sens un deuxième coeur (I feel a second heartbeat) and Johannes Brahms’s Trio Op. 114 in A Minor. Ensemble Illume formed in 2018 with a mission to perform the work of living composers and thereby expand the repertory for the trio’s well-established musicians and unusual instrumental configuration of viola, cello, and piano.

Violist Jessica Chang is founder and director of Chamber Music by the Bay and performs frequently with ensembles in Northern California. Laura Gaynon, cellist, is an active performer and educator, with degrees from Yale University and the San Francisco Conservatory of Music. Pianist Allegra Chapman appears regularly with Bay Area and national chamber ensembles and string quartets. She is highly regarded for collaborations with living composers and support for young composers and musicians.

“This is the first time they will appear so I don’t know how much they’ll say about the works,” says Chacko, “but I encourage artists to talk to the audience. It enhances the performance.” Anecdotes about how they came to perform a work or, in one recent example, why the first three notes of an Amy Williams score caused a musician to “have to perform” the piece, add context. “Stories give audiences a connection, especially to a modern piece. They better understand the structure and sounds and how the artists come to know the piece,” says Chacko. 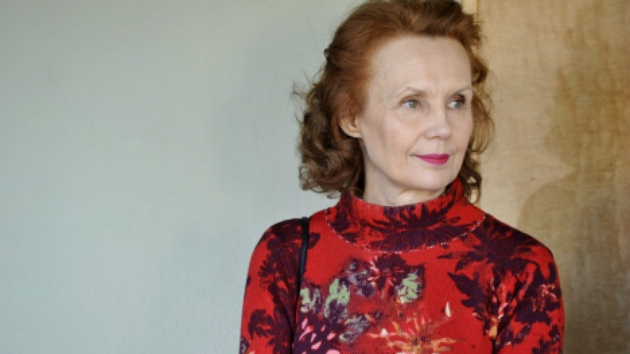 About the upcoming program, Chacko says championing 20th-century classical music like that of Saariaho provides particular pleasure. “Kaija brings a sense of lyricism and an orchestral sound,” Chacko says. “She gets to different moods in the five movements; she shows the emotional states a woman [with child] goes through. The nice thing is that it shows the progression. You go through the stages of a person.”

Audiences at the concerts tend to be middle age to older, with racial diversity at 60 percent white, 40 percent other races. Holiday concerts draw more families and young people. “There are more women than men, which is one reason we’d like to expand to more world and jazz music,” he says. “We’d like to see a wider crossover of race by bringing wider genres of music.”

To that end, the series has added jazz performances, live opera, and Shakespeare presentations to its classical concerts in the last few years. A series called East Meets West combined classical European and classical Indian music. “Next year we will celebrate Beethoven’s 250th anniversary,” says Chacko. “We’ll focus on his lesser known works: San Francisco Renaissance Voices is working to bring Beethoven’s oratorio, Christ on the Mount of Olives. We will have that, along with chamber works done by instrumental trios and (other ensembles).”

A partnership with Sylvia Anderson at the S.F. Conservatory of Music brings recital performances in which young musicians in her workshops perform. “[For] these type of concerts, we don’t charge for tickets,” says Chacko. “It gives up-and-coming artists opportunity; it introduces new music and art forms to new audiences. By not charging admission, it gives people who may not have the means [for tickets to an event at a large concert hall] to experience music in an intimate setting.”

On the wish list for the 2020 season is additional financial support to bolster the “shoestring budget and pay artists more generously,” Chacko says. More importantly, the all-volunteer team behind the series looks for awareness. Getting the word out about “the amazing established artist and the young talent appearing at the venue” he says is imperative. “We’re a part of the church’s community service; we’ve built a reputation. I’d love more support and people from the community at the concerts.”