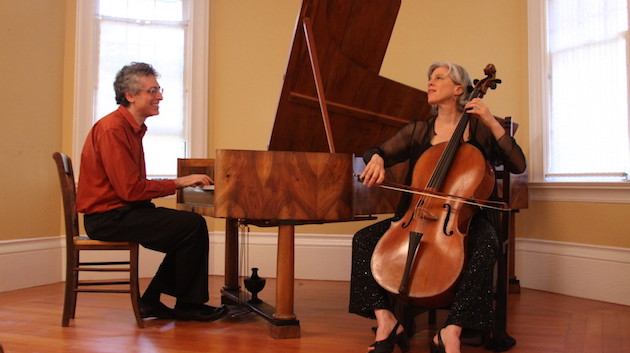 Like an unusual rainbow with a pot of gold at both its origin and end, Valley of the Moon Music Festival dips into past and present pools of rich talent. Distinguishing itself during last year’s debut concerts in Sonoma with first-rate chamber music of 19th-century composers performed on period instruments, the annual festival founded in 2015 by cellist Tanya Tomkins and pianist/composer Eric Zivian featured young “apprentice” musicians representing some of today’s finest up-and-coming artists.

Bolstering the festival’s premiere and its arc was participation from seasoned, professional musicians and instructors gathered to perform with and coach the young talent. An impressive roster of colleagues and friends of Tomkins and Zivian, whose top-tier connections extend worldwide, led to well-received concerts.

Having achieved a measure of success that surprised and delighted the two artistic directors, the second season, July 16–31, arrives with added color from the human voice and a title, “The Voice in Chamber Music.”

Tomkins is one of the principal cellists in San Francisco’s Philharmonia Baroque Orchestra and Portland Baroque Orchestra and a member of several Bay Area ensembles. Zivian has performed in solo concerts and with orchestras across the United States and has appeared with a variety of groups, including the non-early music Left Coast Chamber Ensemble and, playing fortepiano, with the Zivian-Tomkins Duo and the Benvenue Fortepiano Trio. 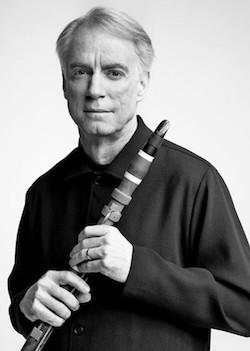 A point of pride at the concerts held in the 300-seat Hanna Boys Center in Sonoma is the inclusion of instruments that are ideal for playing 19th-century Classical and Romantic chamber music. Zivian’s all-wooden frame Rausch fortepiano, a 6½ octave Viennese instrument from 1841, Tomkins’ cello, made in London by Joseph Panormo in 1811, and other period instruments arriving courtesy of guest artists and apprentices lend authenticity to the experience.

For the 2016 festival, Zivian selects Mozart’s Quintet for Piano and Winds, a work on the July 29 concert of arias and quintets, to highlight the instruments’ importance. “The piece is well-known to concertgoers. Mozart considered it one of his best works, and I agree. The fortepiano, natural horn, and all the period woodwind instruments have completely different tone colors from their modern counterparts, and the resulting blend is something quite unique. I think it will be fascinating for the audience to appreciate this great piece in a new way.”

In an interview, the life and work partners interrupt and finish each other’s sentences, with Tomkins the fastest to vocalize. When asked to speak about the impact of period instruments, her thoughts turn to the performers, especially the apprentices. “It really adds to their playing, even when they go back to their modern instruments.” The modern aesthetic encourages a sustained, vibrating, unchanging tone when playing 19th-century music. A musician given a lighter bow with gut strings and instruction to play with more shading, or to use the pedals less on the pianoforte, she says, causes different colors to emerge. “The volume of modern instruments like a grand piano is a priority: it’s like a Wagnerian singer. There’s not opportunity for phrasing and color changes: you just gotta get heard. When you peel that all back and have an instrument that produces half the volume, you have room for subtlety. They carry that knowledge forever.”

Audience members don’t have to arrive already understanding the intricate characteristics of baroque violins or the significance of the increased number of wind instruments at this year’s concerts. Instead, new additions offer insights in a relaxed, casual atmosphere and include a lecture by Harvard professor, musicologist, and bassoonist Kate van Orden and a master class with the Apprentice Ensemble and clarinetist Eric Hoeprich that is open to the public. “Audiences love to learn the many things we think about when we perform or watch apprentice groups being coached,” says Zivian. 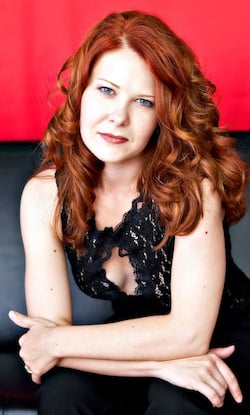 Tomkins says two singers, soprano Nikki Einfeld and tenor Kyle Stegall, are central to this year’s concentration on vocal music. “This period of music was considered incomplete without having song as a part of it. This is a deeper investigation: it’s an authentic take on how people experienced music at that time.” Besides, she adds, Zivian had a yearning: “Eric has always wanted to do lieder repertoire. When you own an instrument that’s so good for Schumann, Schubert, Mozart, Beethoven, you automatically think of vocal repertoire with piano, clarinet, and violin. It’s essential, beautiful repertoire.”

There’s care and feeding involved in the festival, not only in the one-on-one attention the apprentices receive, but in the thoughtful pairing of complimentary wine served by local Sonoma wineries after each performance. Several concerts are held at 4 p.m., allowing people from the Bay Area to visit a Sonoma or Napa restaurant for a post-performance dinner — or to return to their homes before midnight. “The light at that time of day is also warm, enchanting,” says Tomkins.

The quality of apprentice applicants, Tomkins and Zivian agree, jumped astoundingly this year. “We had to rethink our repertoire and placements when I heard them,” says Tomkins. “I thought, let our faculty play second and third chair, because our apprentices shine in first chair. Our pianists too, the tapes [they sent] — we were so blown away. We’re modeling this festival on Marlboro, Vermont, famous for handpicking young players. We’re the mini-Marlboro on period instruments.”

Tompkins promises another season of works meticulously curated and combined to compliment and broaden the listening experience that result from an admittedly “painful” editing process. This year, it had them cutting Schubert’s Octet, a Brahms horn trio, several Mendelssohn songs, and other pieces they hope to perform in future years. Primarily, what will be constant as the boutique festival evolves, is the spontaneous, salon-style presentation that allows for intimacy. Tomkins hopes the festival grows, but never becomes “an enormous concert where the lights go down and audiences seated far from performers just listen.” 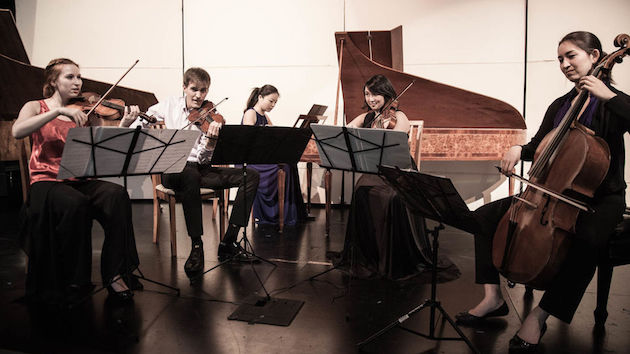