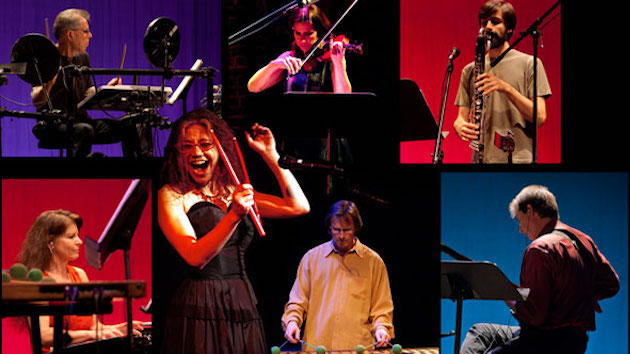 Photography and music are almost antithetical in their relationship to time. The first captures a minuscule portion of it, allowing light to be recorded as it reflects off the world that surrounds us. The latter enables us to transcend time, organizing and bending it in myriad ways, allowing us the illusion of taking its reins, at least for a short while. Yet the two art forms can be analogous: A photograph can suggest a story and a piece of music can convey images (or colors, or patterns). 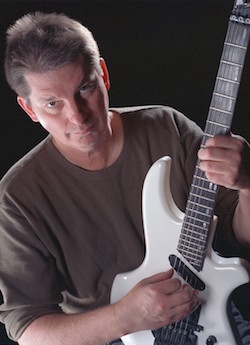 In 2012, Paul Dresher and Amy X Neuburg began collaborating on a song cycle entitled They Will Have Been So Beautiful, which in its finished form includes ten songs written for Dresher’s ensemble and Neuburg’s voice by Lisa Bielawa, Jay Cloidt, Conrad Cummings, Fred Frith, Guillermo Galindo, Carla Kihlstedt, Ken Ueno, and Pamela Z, as well as Dresher and Neuburg themselves. The only guideline given to participating composers was that the music had to be inspired by or relate to photographic work. The title reflects a line from the 1962 Guggenheim Foundation application by photographer Diane Arbus, whose aesthetic aimed at capturing the inherent beauty and power of everyday life.

Friday night’s performance at Z Space was a revival — the work had been first performed in 2014 — but its scope and the surprising emotional power of several of the numbers gave the evening the electrifying energy of a premiere.

The members of the Paul Dresher Ensemble Electro-Acoustic Band are the eponymous composer on electric guitar and bass; Jeff Anderle on clarinet and bass clarinet; Joel Davel on the electronic controller Marimba Lumina; Marja Mutru on keyboard; Karen Bentley Pollick on violin and viola; Gene Reffkin on electronic drums; and John Schott on additional electric guitars. All instruments are amplified, allowing for the timbre to be perfectly balanced in relation with the electronic tracks that were a frequent component. Vocalist and electronic artist Amy X Neuburg proved to be the ideal frontperson for this project, given her facility with multilayered electronic loops as well as her expressive, technical, and theatrical range of delivery. 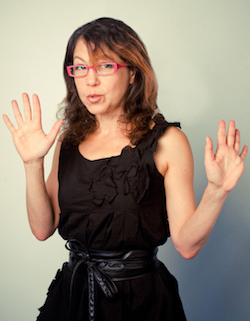 A song cycle composed by ten different artists working in relative isolation runs the risk of lacking sufficient coherence as a whole. They Will Have Been So Beautiful escapes that pitfall mainly through the consistent and refined performance style of the ensemble; the Electro-Acoustic Band has its “sound” (albeit an adaptable one), and they definitely imprinted it on the material to smooth out some incongruities between pieces. Similarly, Neuburg’s engaging and engaged performance acted as a filter through which the audience could access the multitude of songs, styles, and subjects presented during the evening. The sparse spectralism of Ueno’s “Secret Meridian” coexisted with Fred Firth’s idiosyncratically poppy “If I Could,” and their irreconcilable differences came across as refreshing rather than eclectic.

Throughout the nearly two-hour duration, the music was consistently beautiful, often funny, and sometimes achingly poignant. I was particularly struck by the powerful social commentary in Galindo’s “Blood Bolero,” which took a series of pictures by Maya Goded of Mexico City sex workers and their long-time clientele, and spun it into a groove-laced ode to the complicated and intrinsically human nature of their relationships (fortunately without editorializing or taking any sort of easy way out). Also moving was Dresher’s own “A Picture Screen Stands in Solitude,” which sets to music an essay written for a prison art-appreciation course by Michael Nelson, a San Quentin inmate. Nelson’s words gradually move from mere technical analysis to lucid awareness of his own condition, all the while accompanied by Dresher’s gently propulsive music, accented by some nostalgic guitar lines.

A final standout was Neuburg’s contribution, which concluded the evening. A mini song cycle in itself, “Is it conflict free and were any animals harmed in the making of it” draws from four separate images and texts in a compelling demonstration of how the composer’s own “song brain” tends to work. A surreal conversation trying to guess the secret ingredient in a brownie recipe (it’s not what you think) morphs into bathtub ruminations; news of suicide is made more real by discovering (and consuming) the departed’s leftover burrito in the fridge. Finally, the song cycle ends where it started, with a lament to disappearing snowcaps throughout our nation and the world. Textual and melodic materials from the previous three songs reappear in the guise of a looping refrain, its lyrics slightly changing each time, its idealism and sweeping lyricism rubbing shoulder with the ho-hum, heartbreaking beauty of our everyday experience.