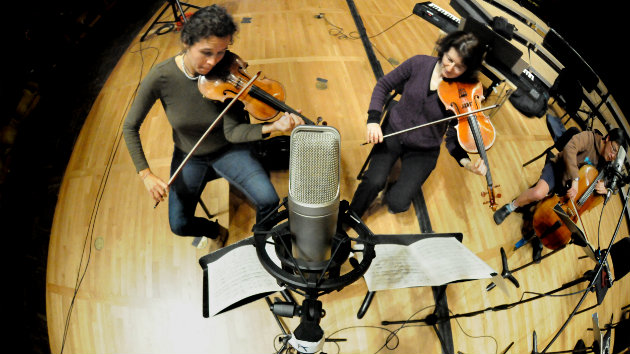 It’s by now well known that October has been the unofficial month of Kaija Saariaho in the Bay Area. During her residency as the Ernest Bloch Lecturer at UC Berkeley, her works have been played by Berkeley Symphony, on the radio station KALW, and this weekend, in programs by the eco ensemble and San Francisco Contemporary Music Players.

For lovers of new music, this is a major event. Saariaho's music draws in listeners with evocative, novel sounds, but underlying this appeal is painstaking craftsmanship: Each idea is introduced, developed, and left behind at precisely the right moments.

Saariaho, a Finn who lives in Paris, initially studied serialism before discovering the spectralists, a group of composers who, in the 1970s and early 80s, used computers to analyze and manipulate physical properties of the sound spectrum. At IRCAM, the Paris institute of advanced sound research, Saariaho began developing works involving computer-assisted composition, sound masses, and the interaction of live performance with electronics. She has received commissions from many of the world’s major symphony orchestras, but explores timbre as deeply in her many chamber and solo works. At 63, having achieved international acclaim, Saariaho seems at her artistic peak.

Listening to Saariaho’s chamber music at Hertz Hall and the Jewish Community Center of San Francisco this weekend, it’s easy to see what the fuss is about.

Take The Tempest Songbook, from which the eco ensemble performed five songs on Friday night. It’s not a particularly stirring drama: Each of the songs unfolds in largely the same manner, sharing a lyrical declamation style and linear presentation of the text. The last song performed, “Ferdinand’s Comfort,” is the most dynamic, but it was difficult to hear, let alone follow, its two simultaneous texts.

Yet, The Tempest Songbook’s orchestration makes it a magnetic work. The piece calls for eight instrumentalists in addition to the soprano (the mellifluous Lauren Snouffer) and baritone (Nikolas Nackley, a persuasive actor), but rarely do more than a few voices play at the same time. Rather, Saariaho’s scoring breathes, allowing the listener to fully appreciate both her novel combinations of instruments (bass, harp, and viola) and unexpected ways of using traditional pairings (flute and violin). In “Miranda’s Lament,” for example, the instruments’ lines dovetail in a way that transforms their individual timbres. It’s Saariaho’s writing, rather than the unusual additions of mandolin and guitar, that makes the work interesting, and it’s difficult to imagine any group giving a better performance than that of the eco ensemble. 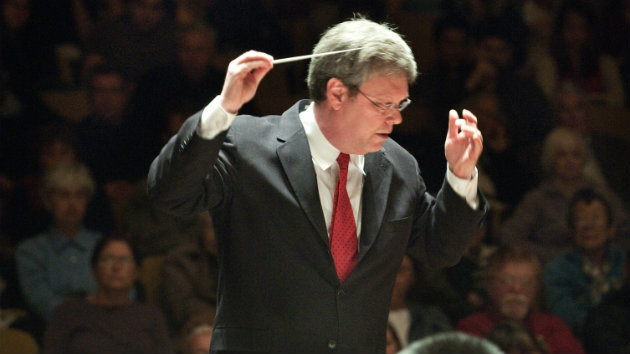 Saariaho’s cello concerto Notes on Light (2006), which was the finale of Friday’s concert, develops this orchestral writing to even greater heights. The same restrained touch Saariaho uses in The Tempest Songbook characterizes this work, but because more instruments are involved (in addition to strings, winds, and brass, the 19-person orchestra includes celesta, piano, harp, percussionists, and timpani) the coloristic combinations snowball. The unfolding gesture that closes the third movement and the pulsations of the fourth movement, in particular, are unforgettable. If The Tempest Songbook is too uniform, Notes on Light explodes with contrast; it would take many listens to fully appreciate all that this piece has to offer.

Cellist Anssi Karttunen, one of Saariaho’s longtime collaborators, originated the work and played it here with a commanding presence. The ensemble’s flawless balance testifies not only to Saariaho’s knowledge of orchestral instruments, but also to the artistic direction of conductor David Milnes and the fine musicianship of the eco ensemble’s players. Each movement [of Sept papillons] introduces new material, yet the cycle is tightly bound by the incorporation of traditionally idiomatic techniques (such as slurred arpeggios) within the exploration of different overtone sonorities.

On the same program Karttunen performed the solo miniatures Sept papillons (2000), which he also originated. Brief pieces require less attention to the development of ideas than do large-scale works, and some composers’ miniatures reek of convenience. But Saariaho is not one of these composers. Each movement introduces new material, yet the cycle is tightly bound by the incorporation of traditionally idiomatic techniques (such as slurred arpeggios) within the exploration of different overtone sonorities.

These miniatures also highlight the way that Saariaho’s works uniquely come alive in performance. The cello techniques of Sept papillons are difficult to control, and in performance even Karttunen doesn’t sound like the Karttunen of his recording. But this is no criticism. Saariaho’s techniques create a refreshing spontaneity of performance: You can’t predict how, exactly, bowing overpressure and sul ponticello will affect the pitches. Hertz Hall proved an excellent space for the piece, magnifying the subtle effect of the left hand’s percussive tapping in the sixth movement.

A main concern of Saariaho’s music, her biography states, is to convey “not a working-out of abstract processes but an urgent communication from composer to listener of ideas, images, and emotions.” Saariaho’s music isn’t particularly accessible in a tonal sense, but the expressivity that characterizes her work facilitates easy connections with the same audience members who might struggle to stay engaged with a work by, say, Elliott Carter. There’s no ironic or academic detachment in her works, which are both serious and profoundly human.

Another of Saariaho’s strengths, acknowledged by Steven Schick in his onstage interview with the composer at the San Francisco Contemporary Chamber Players concert on Saturday night, is her ability to create large sonic effects using small numbers of musicians. The scope of her 1994 percussion piece Six Japanese Gardens, performed by Schick, only increased with the addition of immersive visuals and electronics created by Saariaho’s husband, composer and multimedia artist Jean-Baptiste Barrière.

Alternately dreamlike and ceremonial, the performance combined a variety of percussion instruments (including metallophones, timpani, and temple blocks) with recorded ritual singing and the sounds of nature. Undulating garden imagery continually featured live footage of Schick, as filmed by Isabelle Barrière. This addition of live footage was delightfully immersive: what better way to evoke an impression of a place than to place the performer inside of it?

Barrière’s visuals for both Six Japanese Gardens and Saariaho’s solo flute piece NoaNoa (masterfully performed by Tod Brody) involve multiple layers of observation: we watch the performer, we watch the cameraperson film him, we watch the resultant film. Observation is a recurring theme in Barrière’s work. His own compositions on Saturday’s program, Violance and Time Dust, are part of his Reality Checks cycle, which explores questions of identity and representation in the digital age through the staging of interactive projects based on confronting the spectator and/or performer with his own reflection. Compellingly performed by violinist Hrabba Atladottir and percussionist Nick Woodbury, the two works were at times mesmerizing, if too long.

In an onstage interview, Schick asked Saariaho about her attention to color and timbre during the compositional process — how does she do it? Ultimately, Saariaho had no easy answers, suggesting that it’s futile to describe such things: “We say ‘color’ because we don’t have another word for it. It’s just sound… it’s the way my music is.” Luckily, there’s still time to hear Saariaho’s colors before she leaves California; performances continue this week with the Left Coast Chamber Ensemble and UC Berkeley Symphony Orchestra.