“What to do about the dismal lack of female composers in the concert hall?” NPR Classical tweeted a few days ago, linking to a 1500-word think-piece. KUSC’s Brian Lauritzen countered with a more succinct answer: “Program their music.”

That’s just what Inbal Segev is doing. The New York-based cellist, who will premiere Dan Visconti’s cello concerto with the California Symphony this weekend, performed a recital on Tuesday of solo works by four female composers. This dynamic and musically diverse program at the no-frills Center for New Music made me wonder for the nth time why fair representation for women in music is still debatable. 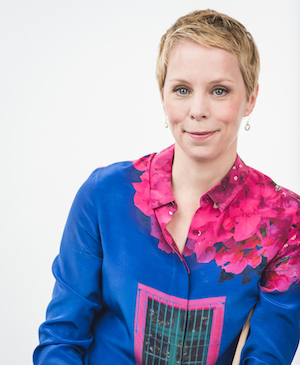 Indeed, Segev referred to Augusta Read Thomas, the evening’s first composer, as a household name. It depends on the household, I think, but she’s certainly the most established of Tuesday’s group, as well as the most senior. Spring Song (1995), however, is one of Thomas’s earliest commercially available works. The four pieces Segev played have little in common, but they do share a time period: each dates from around the time of the respective composer’s 30th birthday.

Exploratory yet compact, the finely crafted Spring Song seems like a descendent of a solo sonata prelude. Thomas celebrates the cello’s expressive quality, and Segev seemed like the ideal performer for this work: No matter how high she climbed on the fingerboard, she continued to command a slew of colors. Chains of doublestops, evoking carillon bells, rang purely.

Missy Mazzoli’s A Thousand Tongues (2009) sets a short poem by the American realist poet Stephen Crane against long tones and a prerecorded track. The piece’s dedicatee, Jody Redhage, sings the text as she plays; because Segev doesn’t sing, the piece becomes a more low-key affair — and the balance of prerecorded vocals in the track makes the poem difficult to pick out. Yet, in the context of lines that seem to critique the artifice of the poetic medium itself (“Yes, I have a thousand tongues / And nine and ninety-nine lie”) there is something effective about both this muddled reading as well as the reliance on the track to do some of the heavy lifting, and Segev sang beautifully with her bow. 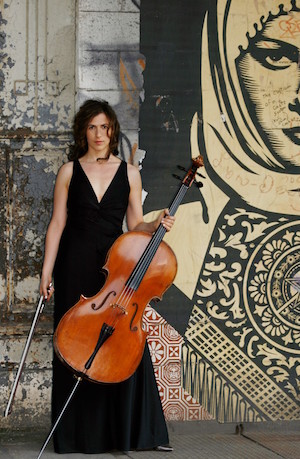 On Tuesday, the foundational text of Anna Clyne’s Rest These Hands (2009) wasn’t spoken, at all. Improvisatory melodies against open-string drones form a compelling frame, and in a violin version of the piece, the poem — by the composer’s mother, Colleen Clyne — is read, to powerful narrative effect. But in the middle section, Clyne’s classically idiomatic writing comes off as flat: slurred arpeggios, bariolage melodies, and running scales seem to continue endlessly without any point. Then again, these passages do evoke the speaker’s weary toiling. Colleen Clyne wrote it in her last year, and after so much melodic focus on G and D, the final step down to the open C, the cello’s lowest note, is a poignant “surrender.”

Legend of Sigh (2015) is the second Gity Razaz piece for solo cello and electronics I’ve heard in as many weeks. Like Shadow Lines, which featured on an SFCMP program, Legend creates dynamic harmonies with live against prerecorded cello. This newer work, however, is structurally much stronger — even at twice the length. 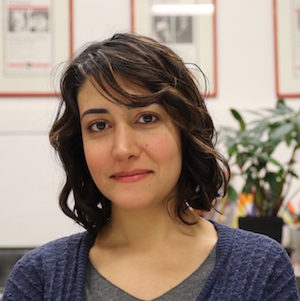 Demarcating each episode of the Azerbaijani folktale (in which a depressed widow’s sighing magically transports her to inhabit the bodies of others) are electronic interludes that sound like smooth jazz meets Musak — so bizarre that they work, as dispassionate backdrops for the cello to upset. Over the 20-minute work, various textures come and go, but in the end, several of the well-crafted motifs return. It’s a musical manifestation of the adage “wherever you go, there you are,” and of course, the woman only finds contentment when she returns to her own life.

Elements of Carmen Kordas’s video projections — an animated book, whose empty page is overlain with a gigantic eyeball — seem amateurish, dated in a bad way (remember hypertext fiction?). But Razaz’s music, by itself, conveys the story, and the audience members can always close their eyes.