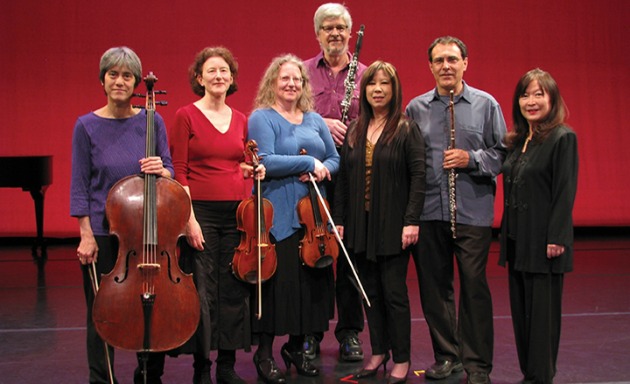 Last Monday, Earplay returned to the newly-renovated Herbst Theater for the opening of their 31st season, thematically titled “Test of Time.” The program focused on the fantasy as a musical form and, like the rest of the season, it featured the work of German-born composer Stefan Wolpe, an influential if unsung figure in 20th-century music.

Wolpe’s 1925 piano sonata opened the program, performed by Brenda Tom after the customary spoken remarks (with timings!) by conductor Mary Chun. Though partitioned in the canonic three movements, Wolpe’s sonata did take some aspects of the fantasy by treating its thematic material liberally, favoring rhythmic and textural explorations rather than overtly melodic or harmonic ones.

The opening movement, characterized by a fierce, relentless drive, combined the clamor of primitivism with cluster chords that wouldn’t have been out of place in a contemporary Henry Cowell work (coincidence, or the fruit of an encounter during one of Cowell’s European tours in the 1920s?). The second movement, considerably more lyrical, displayed a remarkably clear, borderline dry sound from the piano through judicious and rigorous pedaling; a brief, frantic scherzo rounded out the composition in a decisive fashion.

Throughout the piece, Wolpe’s writing gave the impression of treating the piano very much like a percussion instrument (as it is, after all), eschewing sensory lyricism and lush sonorities in favor of textural clarity and a degree of mechanism; Tom’s performance conveyed those elements with precision and conviction.

Two viola pieces flanked the intermission in this short concert. Masquerade, a 2014 duo for viola and percussion by Eric Sawyer, was premiered by Ellen Ruth Rose and Daniel Kennedy. It featured a mysterious atmosphere, with evocative drum beats accompanying the viola in a ritualistic processional. The program note characterized the musical material as both static and evolving, a feature that came across more as a sort of hazy sameness than anything truly transformative.

The viola solo Perfect Storm (2010), composed by Shulamit Ran, shared some of the same ruminating characteristics, with a motif drawn from Luciano Berio’s Folk Songs acting as the unifying thread for a range of increasingly difficult continuous variations.

Finally, a larger contingent of Earplayers (augmented by guest violinist Dan Flanagan and percussionist Loren Mach) reprised Andrew Imbrie’s 1992 Earplay Fantasy, a four-movement work combining thematic invention and instrumental groupings with astonishing clarity of writing and texture. The sextet (with doublings in the flute and clarinet) provided the richest timbral palette of the night, with the inspired performance by the ensemble offering an upbeat, memorable conclusion to this season opener. The ensemble returns for more Wolpe and a pair of new commissions, among other pieces, on March 14th at the ODC Theater.