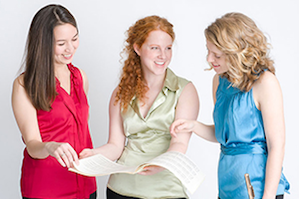 Anyone who thinks classical music is going the way of the telephone booth needs to be kidnapped by the Guerrilla Composers Guild (GCG) and taken to the Center for New Music holding pen, indented into the side of the Golden Gate Theater building just off Market Street on Taylor. Thursday night, dozens of new-music lovers crammed into the concert space to hear the evolving group Phonochrome and friends play six new chamber works by as many worthy composers. Almost everyone — performers, composers, and, most significantly, audience members — was apparently under 30. I can now die in peace knowing art music will continue to prosper.

What can be said about the music of this generation, at least as propounded by Les Six Nouveaux? There’s hardly a trace of hard-core modernism. While there are a few remnants of postminimalism, for the most part the music is what used to be called the “New” but is now the “Standard” Eclecticism — that is, whatever style suits the idea. The music is suffused, as well, with a fair dose of sectionality, short-attention-span-ism, or what one might call Suite Thinking. Boredom is not an option. There also seems to be a welcome resurgence of melodic and harmonic priority going into this music. Speaking in Early Telephone Booth lingo, my Hat Is Off to all concerned with this Guerrilla enterprise.

The evening began with the most dynamic piece on the program, for Phonochrome’s founders Elizabeth Talbert on flute, Laura Gaynon on cello, and Allegra Chapman at the piano, along with guest violist Pei-Ling Lin. Polystylistic and shape-shifting, Mark Ackerley’s Infrared was an eight-minute mix of Schubertiad and slasher-film soundtrack, among other quirky and thoroughly entertaining twists. Next came the sadly reflective moods of GCG founder Nick Benavides’ “…none of us were overly concerned” “elegy for past and present victims of chemical warfare,” for flute cello and piano. Not a note was wasted in its seven-minute length, unlike the following number, Matthias McIntire’s Mackenzie Caverns for flute, viola, and cello, which at 13 minutes overstayed its welcome.

Harmony was the intriguing feature of An Illusory Image, which Benjamin Pesetsky composed as a means to capture psychological contradictions in music.

Anne Rainwater joined Chapman at the piano next for Alex Christie’s a 16.5 discrepancy in [sic the title]. A performing saxophonist and “laptopist,” Christie describes his music colorfully as “the hybridization of hyper-intellectualized contemporary music theory and a childish obsession with explosive sound and bright, flashing lights.” He admitted in the program notes that “the piano can be a challenging instrument for a composer who doesn’t typically work with pitch,” but nevertheless came up with seven minutes of interesting, smashing, elbow-to-wrist tone clusters times four; glissandos; and harplike strokings of piano wires inside the cabinet. Henry Cowell and Conlan Nancarrow would have enjoyed Christie’s take on their pioneering work. 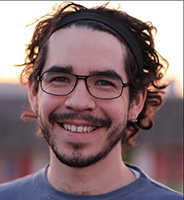 Harmony was the intriguing feature of An Illusory Image, which Benjamin Pesetsky, according to his program note, composed as a means to capture psychological contradictions in music. For piano, viola, and cello, the four-minute number began with a Moonlight Sonata-like piano accompaniment and then moved on, with inventive chords sounding both in and out of tune and playing with major/minor sonorities. Flute, piano, and cello finished off the first half of the evening with Nathan Campbell’s Finch Kingdom, seven minutes of jaunty bird calls, long melodies, and a lot of postminimalist gestures that spent a bit too much time around the same tonal centers for my taste.

After intermission, Talbert, Gaynon, and Chapman returned for a fine rendition of George Crumb’s 1971 Vox Balaenae (Voice of the whale). This work is one of the few artifacts of an experimentalist era that has found mainstream acceptance in the concert hall. The extended techniques that classified the music as avant garde in its time (singing into an electronic flute, preparing the piano, mistuning the cello, using a plethora of harmonics) are no surprise today. The strengths of the music lie, rather, in its ethereal melodic and harmonic evocations, as well as its rooting in tonality, though essential elements of the composition may have been lost on some audience members on Thursday.

This is because Benavides performed an experiment of his own, halfway depriving the audience of program notes or spoken introductions. What he explained at the outset was that he wanted the music “to stand on its own” without preconception. Instead, each piece was assigned a color of the spectrum, in program order of red, orange, violet, indigo, green, yellow, and blue. Composer names and titles were not included on the front page; however, bios, titles, and short notes — except for the Crumb, which only had composer and title — were available on back pages for those feeling deprived. Appropriately colored lights were shown as each piece was played.

Each piece was assigned a color of the spectrum, in program order of red, orange, violet, indigo, green, yellow, and blue. Appropriately colored lights were shown as each piece was played.

Benavides’ experiment may have been prompted, in part, by Crumb’s strong request to project blue light for his piece. As it worked out, the colors were barely noticeable on the walls and had only tangential relevance to most of the pieces. (Semi-exceptions were orange for “agent orange” in Benavides’ chemical warfare elegy, green for money vs. nature in Pesetsky’s Illusory Image, and yellow for the birds in Campbell’s Finch Kingdom.)

The issue addressed by the experiment is the old Program vs. Absolute debate that raged in the 19th century: Should anything be put in people’s heads about music in advance? Well, things are already in people’s heads, to begin with. Should they be taken out to bring everyone to the same level of listening innocence? Without program notes, some audience members may have been puzzled to notice a reference to Stanley Kubrick’s 2001 movie soundtrack in Crumb’s piece. The fact that the piece is a set of variations on the history of the planet from creation to the end of time is essential knowledge toward its appreciation, and should have been included in the back-page notes.

Although it’s fairly conventional nowadays, a more satisfying approach would have been to have each composer briefly introduce his piece (all but Crumb were present, after all). We could then better appreciate who has gone into that old telephone booth of yore and come out Supermen.