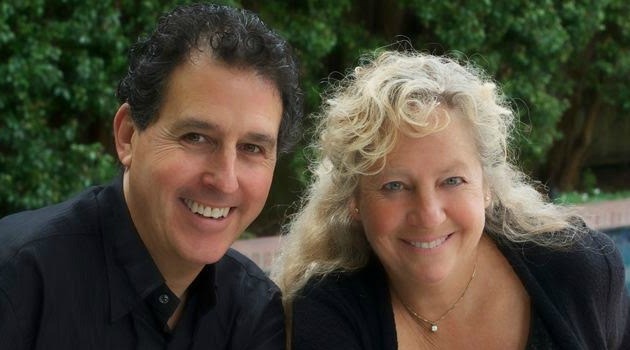 What happens when a longstanding quartet disbands? In the case of the Ives Quartet, an increase in opportunities: One half of the group, violinist Susan Freier and cellist Stephen Harrison, has moved forward with a new, flexible chamber music venture, the Ives Collective. Freier and Harrison can draw upon a wide circle of friends to explore a variety of repertoire.

For Sunday’s program at Old First Church, pianist Elizabeth Schumann and clarinetist Peter Josheff joined Freier and Harrison to form a type of quartet so rare that Harrison remarked he knew of only three pieces written for the instrumentation. The most famous of these works is Olivier Messiaen’s Quartet for the End of Time, the concert’s headliner, and a monumental piece that could easily stand on its own. But instead, the Ives Collective paired Messiaen’s masterpiece with Hindemith’s light-hearted Quartet, which acted as the perfect foil.

Indeed, Harrison wasn’t wrong to describe the two quartets as sharing little outside of their instrumentation and compositional period (the works were written within two years of each other). Where Messiaen’s work eschews conventional forms, Hindemith’s draws upon baroque and classical structures; Quartet for the End of Time provokes strong emotions, but Quartet in many places recalls the classical divertissement.

Yet, Hindemith’s work is also complex in its own way. Metrically disorienting piano chords blur the lilting rhythms of the slow movement, a romance, and the last movement’s fugal passages so tightly interweave the parts that it becomes difficult to delineate the lines.

Acting as the backbone of the group, pianist Schumann imbued the performance with energy and precision. Her fluidity in the first movement’s runs (and in many other passages throughout the program) demonstrated her technical mastery as well as musicality. The quartet’s warm characterization of the second movement, with Freier and Harrison providing sensitive accompaniment to Josheff’s sweet clarinet melody, was a delight to hear. And if the outer movements sometimes lacked strong point of view, it’s understandable — the quartet had the Messiaen to prepare, after all.

In fact, the opening movement of Quartet for the End of Time was particularly well-characterized: Freier’s and Josheff’s birdsong imitations were appropriately capricious, yet introduced subtle contrasts, which augmented Messiaen’s score.

Josheff’s performance of the difficult solo movement, “Abyss of Birds,” was extraordinary. His dynamic range was enormous, and even in the most disjunct lines, his pitch and tone never wavered. So controlled a performance requires precision and planning, yet throughout the solo he maintained a sense of spontaneity.

Another highlight was the cello-piano duet, “Praise to the Eternity of Jesus.” The movement should feel eternal, yet playing it at Messiaen’s glacial tempo (notated in relation to the sixteenth note) puts the performers in a vulnerable position: how does one gauge a six-bar diminuendo from più piano to pppp when playing six bars takes an entire minute?

But Harrison rose to the challenge. His bow control was impeccable, and his artistic choices — from nuanced use of vibrato to placement of the bow changes — felt both proper and natural. Even from the background, Schumann’s rhythmic integrity on the sixteenth notes grounded the performance.

Other movements, however, lacked force. The interlude’s insistent duple meter should feel jarring in a work that largely sounds meterless, yet because the ensemble wasn’t well-coordinated here, the effect was lost. The sixth movement, “Dance of Fury, for the Seven Trumpets,” was much more successful in terms of ensemble, but far too careful in its presentation of the unison theme. As a duet, though, Freier and Harrison are unbeatable, and these were relatively minor problems in a performance that was thoroughly enjoyable.