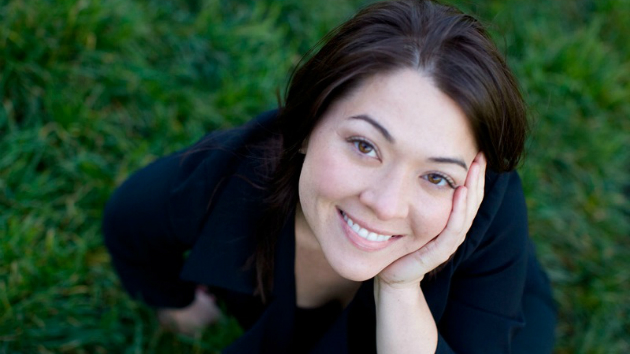 If your goal is to reinvigorate the lieder tradition, new arrangements of classics will be on your to-do list. They allow listeners to gain perspectives on a song’s musical details even if other things are lost. On Sunday, in a recital at the Noe Valley Ministry hosted by LIEDER ALIVE! — the San Francisco-based organization dedicated to art song performance — violinist Zakarias Grafilo's arrangements for voice and string quartet helped bring Wagner’s Wesendonck Lieder and Mahler’s Rückert-Lieder to life in an invigorating performance by mezzo-soprano Kindra Scharich and the Alexander String Quartet.

Written mainly during the autumn/winter of 1857-58, Wagner’s Wesendonck Lieder is in some respects a compositional study for his opera, Tristan und Isolde. Yet, the composer, who was used to working on an epic scale, exercised unusual restraint in these songs, originally scored for just female voice and piano. This simple scoring brings out the wistful romanticism of the texts, by Mathilde Wesendonck, who was the wife of one of Wagner’s patrons as well as the object of the composer’s affection.

Grafilo’s persuasive arrangement, despite adding three voices, emphasized the work’s intimate character. Although “Der Engel” was at times treble-heavy, lacking the harmonic drive created by the original left-hand line of the piano, it was also pleasurably lush. The rushing scales in “Stehe still!” (Stand still!), which can easily become all too chaotic in the orchestral version, were as clean as could be in Grafilo’s hands.

Scharich’s responsive voice effortlessly handled the work’s demands. She evoked the angel of the first song with purity and warmth, and in the tumultuous second song, she harnessed impressive Wagnerian power. In “Schmerzen” (Anguish), Scharich led the audience through a range of emotions, maintaining fine diction all the while.

Though she seemed uneasy in the first song of Mahler’s Rückert-Lieder, “Blicke mir nicht in die Lieder!” (Do not look at my songs!), Scharich soon regained control. Her vocal scoops were especially lovely in “Liebst du um Schönheit” (If you love for beauty).

Indeed, it’s a pity that Mahler never orchestrated “Liebst du um Schönheit” (the task fell to an employee of the publishing company, C.F. Kahnt), as Grafilo’s arrangement demonstrates how readily the song lends itself to string playing. With his pizzicato passages, cellist Sandy Wilson imbued the movement with the rhythmic integrity often lacking in orchestral performances. His emotion-ridden scales and Grafilo’s stylish slides (lifted from the clarinet part) made up for the somewhat underwhelming final stanza of “Um Mitternacht” (At Midnight.)

Particularly adventurous was “Ich atmet’ einen linden Duft!” (I breathed a gentle fragrance!), which under Grafilo’s treatment had a more translucent sound than one would normally associate with Mahler. Yet, the quartet’s compelling performance — the violins’ duet passages, especially — made a convincing case for Grafilo’s work. Scharich sang with velvety ease, never losing the theatrics of the poetry even as she adjusted her voice to suit the reduced instrumental force.

Mahler didn’t employ a diverse collection of instruments — including oboe d’amore, celesta, and bass tuba — for nothing, and in reduced-ensemble performances, it can be jarring not to hear the coloristic orchestral effects of which he was so fond. Yet, once the ears adjust their expectations, Grafilo’s arrangements of both the Mahler and Wagner songs prove their worth. What a refreshing way to bring these romantic works into new and unexpected settings — with luck, Grafilo will make these arrangements available to the public.