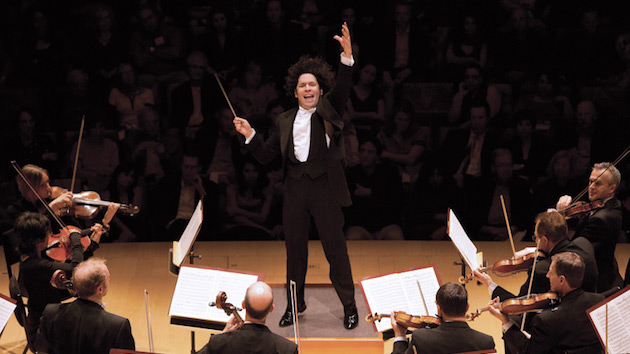 The Boss, in the video gaming world, is a familiar but formidable opponent. Classically, the heroic player must defeat him — Bowser in the realm of Mario, Ganon in Zelda — before succeeding to the next level, and until the task is completed, all action relates to the constant threat of extinction. 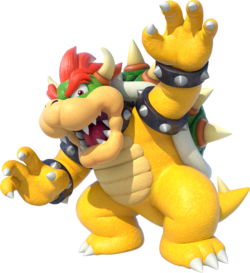 Gaming conventions form the strange but appealing framework of Andrew Norman’s Play, which the Los Angeles Philharmonic, conducted by Gustavo Dudamel, played on October 31 at Davies Symphony Hall. Collectively, the percussion battery plays the role of the Boss, who controls the doings of the rest of the orchestra. Hits to the triangle, for example, alternately start and stop the action; a temple block transfers a gesture from one player to another. The string and brass sections face mounting technical difficulties over the work’s three movements, called levels.

Norman, too, has rapidly risen through ranks: In the last five years alone, he’s received both Pulitzer and Grammy nominations, joined the faculty at USC, and written a concerto for Emanuel Ax.

If young composers had a Boss to face, it might be the plummeting demand for ambitious symphonic works. More often than not, new works are relegated to the first 10 minutes of the program, or are sandwiched between classics to appease conservative listeners. In fact, the last Norman work I heard was a set of miniatures designed to link together Beethoven’s violin sonatas — a concept that failed both parties.

In Play, however, Norman writes without constraints — and the result is a veritable tour de force. Level 1 begins chaotically: in a madcap dash to explore the orchestra’s capabilities, the percussion battery births a frenetic texture of flourishes and glissandos. Above it all, single notes, played by individual musicians, coalesce in a slowly spreading line. 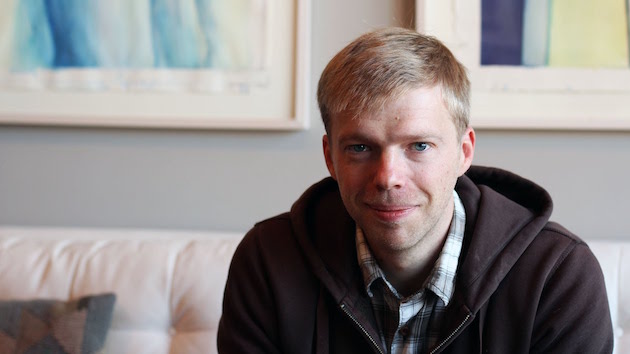 It’s dazzlingly theatrical music that’s a blast to watch. Huge slapsticks swing open and closed; string players’ left hands jerk up and down the fingerboards, while the bows go unused. Norman was a fan of Star Wars, and his music has been compared to the film scores of John Williams, but it’s stylistically more similar to Korngold or Scott Bradley (of MGM’s Tom and Jerry): it’s busier and far more fun. Play’s textures are often too complex to isolate specific percussion triggers and their consequences, so it’s especially satisfying to correctly anticipate the result of a given cue.

But Norman’s world isn’t all fun and games. In Level 2, the percussion section’s manipulations begin to feel excessive, even sinister. It’s thus unnerving that the piece’s most classically beautiful moments — magnificent thudding created by the basses’ unpitched bow taps, lush and teasing string chords, the sparkling of the xylophone doubling the wedge line — occur in this movement.

At a pivotal moment, the percussion section disappears, and the rest of the orchestra must decide what, if at all, to play. Gradually, the forces rebuild: bow tappings emanate from the violas, transforming into graceful clarinet gestures and expressive melodies. The material here is particularly gratifying in the context of the narrative — but the audience member needn’t know anything about the story for the music to work.

The same is true of Tchaikovsky’s Symphony No. 4, which formed the second half of the program. In a detailed scheme of the work, the composer famously described the horns’ and bassoons’ opening motif as “Fate ... that fateful force which prevents the impulse towards happiness from entirely achieving its goal.” It’s heavy stuff that can make for heavy, histrionic performances — but Dudamel’s uniquely restrained characterization boosted this technically flawless performance from excellent to extraordinary.

Especially in the first movement, subtle detailing made this familiar music new: the cellos’ moderation in their countermelody (so often played passionately and loudly, though marked piano and cantabile), languorous pickups within stringendo (quickening of tempo), and especially, principal timpanist Joseph Pereira’s delicate touch. The encore, a waltz from Swan Lake, was a perfect Halloween treat.