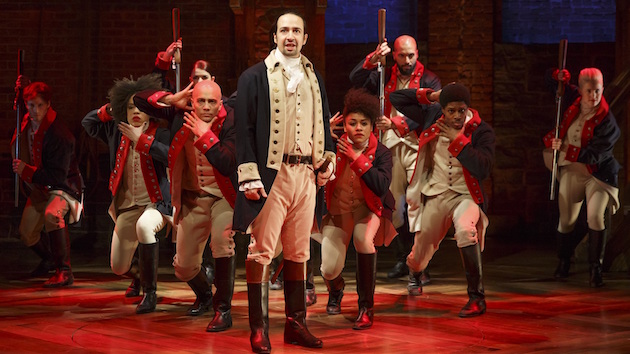 Would 50 million subscribers crash the Disney+ server when they all logged in on Friday for the first day of Hamilton? Not sure about the actual number of fellow eager viewers, but apparently we did not cause a disaster — Hamilton is up, up, and away!

If I had the means and was given a choice of Hamilton live for $100 or Hamilton on Disney+ for $200, I’d go with the film version. It’s that good, enhanced by the invaluable plus of subtitles.

Forced by COVID-19 necessity to open up on streaming much earlier than it was intended, the event on the Fourth of July weekend is especially fortunate and meaningful, as its overflowing energy and integrity coalesce in a magnificent whole.

Author-composer-star Lin-Manuel Miranda has thanked Disney and Disney+ “for reimagining and moving up our release to the July 4th weekend of this year, in light of the world turning upside down.” Indeed, with the pandemic, political and social turmoil, and — also today — the president’s divisive speech at Mt. Rushmore, it’s the right time.

For the 50 million subscribers — and probably for many more — a recap of the Hamilton legend is unnecessary, but just for the record: It is one of the most successful Broadway musicals in history, a blockbuster written by Miranda, based on the autobiography of Alexander Hamilton by Ron Chernow. It tells the story of the founding of the United States with music that’s a unique combination of rap, hip-hop, R&B and classic Broadway.

The musical received 16 Tony nominations, winning 11, then won the Grammy for Best Musical Theater Album and the Pulitzer Prize for Drama. Miranda also was awarded a MacArthur Genius Grant for creating it.

Produced for $12.5 million on Broadway, Hamilton grossed more than a half-billion dollars in four years. (It has a long way to catch up in moneymaking with the champion The Lion King, reported to have made $8.2 billion gross worldwide in 22 years.)

What Disney is offering is not a new film, but a performance of the original cast on Broadway, in the Richard Rodgers Theater, in 2016. It was shot for documentary purposes, and edited by Thomas Kail, director of the show itself. Plans for a new film version of Hamilton have been postponed by the pandemic and now, with the release of this film, probably pushed even further into the future.

The documented performance stars the entire original castand there is a one-minute “intermission” break between the two acts, although you can pause the streaming at any time.

PR releases are not always gospel truth, but the Disney press release is correct with its description of “a leap forward in the art of ‘live capture,’ which transports its audience into the world of the Broadway show in a uniquely intimate way. Combining the best elements of live theater, film, and streaming, the result is a cinematic stage performance that is a wholly new way to experience Hamilton.”

In just one of the countless fascinating— story plots, when Jefferson and Hamilton’s other enemies do “opposition research,” seeking dirt on Hamilton, he takes matters into his own hands by releasing the Reynolds Pamphlet, which details his marital infidelities.

Rather than let others bring dishonor to him, Hamilton takes control of his situation by accepting responsibility for his actions. The damage to his reputation is balanced by his honesty, and he regains his wife — but fails to provide an example to future politicians.