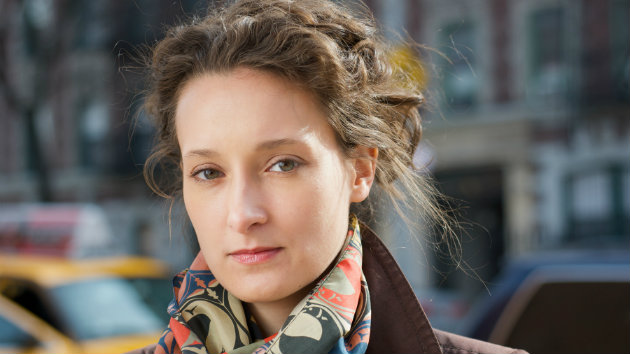 To the unfamiliar ear, the word xeriscape — the title of the San Francisco Contemporary Music Players’ Jan. 19 concert — might sound like a sinister feature of a dystopian world. In fact, it derives from the Greek xeros (dry) and simply refers to a dry space. It’s a good word to know as California’s drought continues, and one that provided an organizing theme for a program that Artistic Director Steven Schick hoped would “help us understand our changing climate.”

Least effective in the space was the Di Castri piece. The New York-based composer, who has recently written for the Cabrillo Festival of Contemporary Music and for the San Francisco Symphony, drew inspiration for her 2010 chamber work La forma dello spazio (“The form of space”) from the mobile sculptures of Alexander Calder and Lee Bontecou. The piece’s impulse-generative structure is compelling, and violin soloist Hrabba Atladottir’s playing was, as usual, both sensible and exciting.

But the Conservatory’s hall essentially flattened the elements of this mobile; the painstaking spatial separation of the performers (with Atladottir, cellist Helen Newby, and pianist Kate Campbell in a wide formation onstage, and flutist Tod Brody and clarinetist Bill Kalinkos standing behind the audience) created no real aural effect. In a piece about the filling up of space, this acoustical design flaw was disappointing. The hall’s acoustics created some pleasurable surprises in Louis Andriessen’s Workers Union.

In contrast, the hall’s acoustics created some pleasurable surprises in Louis Andriessen’s Workers Union. Every member of the ensemble (the piece is scored “for any loud-sounding group of instruments,” and Tuesday’s large chamber orchestra included several Conservatory students) plays the same part: Pitches are notated only approximately, in relation to a one-line staff, but the constantly changing rhythmic patterns are to be played exactly in unison.

With more than 20 performers onstage, the stakes are incredibly high; similar pieces by composers like Frederic Rzewski instruct the performers to stay “off” if they make a mistake, but Andriessen’s unisons must be perfect. The Contemporary Music Players performed admirably, especially when considering the difficulties inherent in maintaining visual communication while keeping an eye on the music.

But the most refreshing aspect of the performance was its resonance. Although the hall’s reverberation detracted from the patterns’ characteristic rests, it also lent the performance a sonorous quality that is rarely found in performances of Andriessen’s so-called political works. The piece can easily become a rigid caricature of workers’ struggle (Andriessen instructs the musicians to sound aggressive, and Nico Muhly has described it as “a pounding, relentless work”), but on Tuesday, it had groove.

For Samuel Beckett, like much of Feldman’s late music, is long, slow, and difficult for audiences to engage with. Over the course of 55 minutes, sound masses — created by 23 players divided into groups — gradually shift. More than the other pieces on the program, For Samuel Beckett evokes the impassive beauty of the natural environment itself: Apparently independent events change the shape of a shared space, creating, in a good performance, a deeply meditative effect.

And here, the San Francisco Contemporary Music Players excelled. Under the direction of Schick, the impeccably balanced group maintained an impressive fluidity of movement, even as the musicians grappled with the physical challenges of performing the same motions for nearly an hour. Seated closely together, their sounds became one undulating texture, yet the groups’ timbral differences were subtly distinctive. The hall’s reverberation accentuated the murkiness of Feldman’s delightfully complex harmonies, imbuing a work that is ascetic in variation with richness of sound. Each minute felt like a gift.