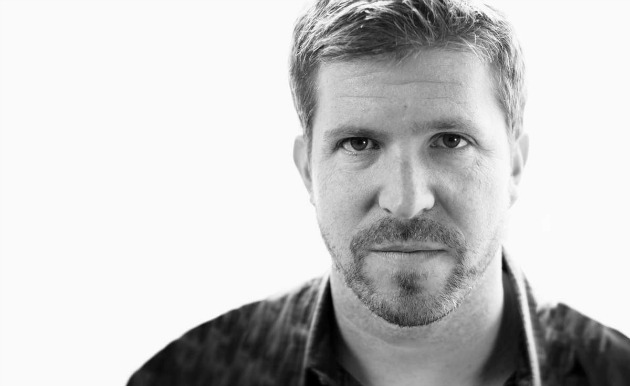 Thanks to Edwin Outwater, audiences at the current series of San Francisco Symphony concerts, going on through Sunday, can enjoy a rare program of novelties. Novel, that is, to most listeners, not something of recent origin.

In fact, Carl Maria von Weber's Overture to Oberon was written in 1826, Saint-Saëns' Piano Concerto No. 5, “Egyptian” in 1896, Busoni's Turandot Suite in 1905, and Hindemith's Symphonic Metamorphosis on Themes of Weber in 1940. Hand to heart, how many of these have you heard in a live performance, especially together?

Marinated in warhorse-laden programming, SFS concerts wouldn't touch the "new and unusual" fare John Adams brought to the orchestra seemingly in the distant past (but in fact "only" 30-plus years ago), so let us rejoice in Outwater's new-to-us, unusual selections, dubbed, by the symphony's marketing department,“The Exotic East.”

Outwater, former SFS resident conductor (2001-2006), is now music director of the Kitchener-Waterloo Symphony in Ontario, Canada, and a well-traveled guest conductor. He has a long and easy relationship with the San Francisco orchestra, supplying a sense of familiarity now that MTT is in the middle of a four-month absence from "home" (due back at the very end of March), -- and the result was a secure, trouble-free performance, rising at times to the level of the best the orchestra can do. The division of the concert's two sections between Assistant Concertmaster Mark Volkert and Concertmaster Alexander Barantschik in the first chair didn't make much difference to the sound.

Besides solid performances by the woodwinds and brass, exemplified by Nicole Cash’s lyrical horn solo passages in the Weber, the strings excelled, now sounding silky in the Andante of the concerto, now virtuosically rushing together in fortissimo passages of the powerful Hindemith and in the operatic storms of the Busoni.

Although the program notes credit Busoni with "vibrant Chinese, Persian, Turkish, and Indian melodies," the music sounds as stereotypically "Chinese" as the title of the first section from the full suite's eight: ("The Execution, the City Gate and the Departure”). While the reason Puccini’s Turandot is much better known than Busoni’s version is not how authentically Chinese it sounds, still Busoni doesn't even make an effective effort to “go ethnic” in his music. Only four sections, running a total of 20 minutes, are included at these concerts. 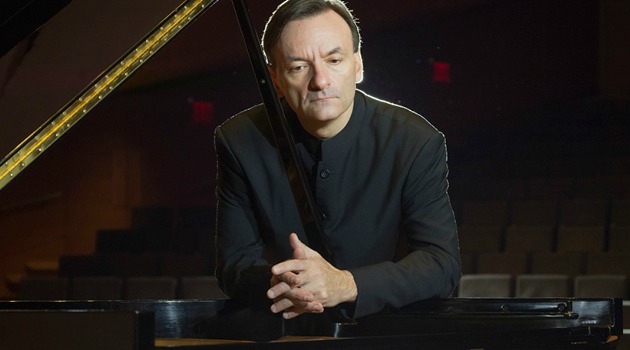 The centerpiece of these Davies Hall concerts is the 30-minute long Saint-Saëns concerto, performed with elegance, effortless fluency, astonishing bravura, and superb musicality by pianist Stephen Hough. After the tempestuous, whirlwind finale, and a huge and well deserved ovation, Hough gave an encore of quiet grace, his own arrangement of "Crépuscule" (Twilight) from Massenet's Poeme Pastoral. Seldom have I heard such a radical and satisfying switch from a musical storm to peaceful, beguiling contemplation.

Nicknamed "The Egyptian," the piano concerto is about as Middle Eastern as Busoni's music is Chinese. Saint-Saens wrote the work while traveling in Egypt, and the late program annotator Michael Steinberg could only make references to "an allusion to Dalila's gorgeous aria 'Mon coeur s'ouvre à ta voix' from Samson et Dalila," and quoting from the composer about the second movement "taking us on a journey to the East and even, in the passage in F-sharp, to the Far East."

Outwater's programming of rarely-heard, colorful music was also characterized by the muscular energy shared by all four works. With Hough's brief encore as the only resting point, the entire concert had a forward motion, a vigorous sweep from the felicitous collaboration between conductor and orchestra.