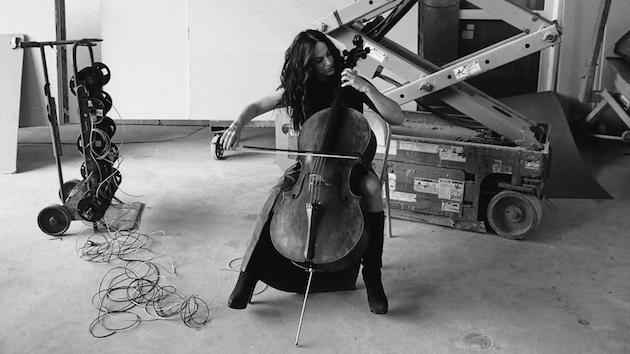 How long is a day? For composer David Lang, the answer goes beyond simply 24 hours, or the distance between sunrise and sunset. Entering the search query “I remember the day that I ...” he sourced from the internet hundreds of lines of text representing the gamut of human experience. Those lines of text became the core of his new multimedia work the day, which received its world premiere by cellist Maya Beiser on August 17 at SFJAZZ. The program also included Lang’s 2003 piece, world to come. 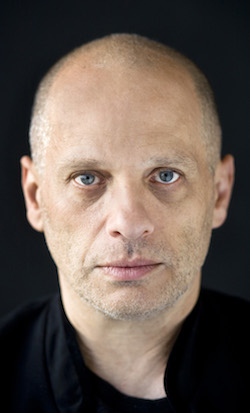 Surprisingly, the day’s strongest feature is its crowd-sourced text. Ingeniously organized by Lang in alphabetical order, the series of remembrances becomes a veritable catalogue of human experience. Ordered by name, a handful of statements beginning “I got,” for example, are grouped together regardless of subject matter — so that following the innocuous “I got my ears pierced” is “I got my release.”

Underlying this unpredictable narration is the tacit acknowledgement that each sentence, though reduced to a bullet point in a series, may have represented a life-changing moment to the person who wrote it. This ceaseless catalogue, then, acts as a great equalizer of human existence — simultaneously mundane and profound.

The text was delivered flawlessly by Kate Valk, whose phrasing was nuanced but not overacted. In the accompanying video by Jim Findlay, however, the progression of individual subjects (who face the camera in brief, intimate episodes) from young to old feels a little too predictable. 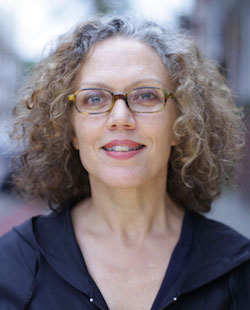 The music, out of necessity, leaves enough room to make the text intelligible. In fact, it’s a pleasant but mostly forgettable backdrop, formed initially of halting lyrical gestures that, over the course of the piece, gradually transform with the subtle layering of prerecorded tracks.

Lang designed the piece to transition seamlessly into world to come; in a feat of endurance, Beiser (a founding member of the Bang on a Can All-Stars) played for nearly an hour without pause. But the sudden chords at the end of the day feel incongruous with the established vocabulary. Earlier this week, Lang told the San Francisco Chronicle that he wouldn’t hear the full piece until this performance — now that he has, might further edits come?

In the musical areas left wanting in the day, however, world to come succeeds. Here, too, melodic gestures undergo slow transformation, but with no text to rein in Lang’s writing, the ideas are significantly more varied and compelling. The beginning, for example, is rhythmically assertive without being obviously metered, and the busy, undulating textures in the third part are intriguingly complex. 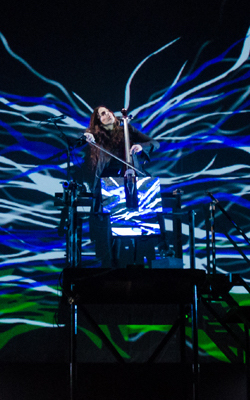 Again, Lang augments live performance with multiple tracks — here, in contemplation of the journey of the soul as it separates from the body in death. In one memorable passage late in the piece, the opening motif returns in the track, and Beiser plays after it, as if trying to catch up with her own recording. Moments like this one prove the creative value of Lang’s instrumentation. Using a one-woman virtual ensemble, instead of a group of live players, goes beyond mere convenience: it also helps sonically illustrate the otherwise abstract notion of the fragmentation of self. And Beiser’s breathy vocals were a particularly nice touch.

Though Lang, who lived near ground zero, has spoken about world to come in conjunction with the events of 9/11, he maintains that it’s not about tragedy or even mourning: “It’s really just looking around, going, ‘These people were here, and now they’re not. Where are they?’” Indeed, the piece is less depressing than it is dynamic, and Wednesday’s performance was made even more exciting by video artist Irit Batsry’s beautiful and ephemeral visuals of water. But world to come stands solidly on its own as a piece many cellists besides Beiser will want to perform.