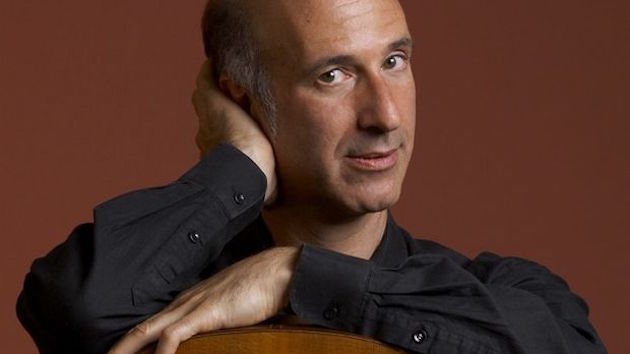 The American guitarist and composer David Leisner has greatly enriched the guitar repertoire during a long and fruitful career. He has championed important but forgotten 19th-century repertoire; he has commissioned composers such as David Del Tredici, Ned Rorem, and Osvaldo Golijov; and he has composed his own, compelling works. On Saturday, at Le Petit Trianon Theater in San Jose, the South Bay Guitar Society presented Leisner in a substantial program that highlighted his many strengths.

The first half’s highlight was Alberto Ginastera’s Sonata, Op. 47, a masterpiece which combines a sure sense of Latin American roots with mastery of 20th-century European musical technique. Leisner’s technical command, emotional intensity, and intellectual ability make him an ideal interpreter of this music. 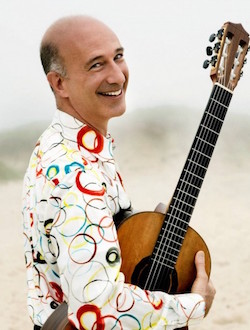 In a witty and informative spoken introduction, he told of a meeting with Ginastera, which presumably encouraged the extraordinary energy the guitarist projected in the large chords of Esordio, the opening movement. In the second movement, a witty scherzo, Leisner highlighted extreme contrasts of texture and volume, single note and chordal glissandi, and Bartokian pizzicati. He was a total master of the relentlessly kaleidoscopic writing, which he occasionally interrupted with free passages out of tempo, the last of which he rudely dismissed, as if to remind us that this is, after all, a scherzo. The Canto was a complete contrast, played as a passionate love song, chromatic and improvisatory. The spectacular Finale was a breathless celebration of rhythms of the Argentine pampas showcasing Leisner’s rhythmic and textural control.

Johann Mertz (1806-1856), one of Leisner’s rediscoveries, was one of the leading guitar virtuosos of the 19th Century, and he found inspiration in the piano works of Schubert, Chopin and others. Elegy begins in ruminative stillness, slowly picks up intensity and momentum and finally leads to a deeply felt, cantabile melody in the style of Mendelssohn’s Songs without Words. Leisner’s mastery of the Romantic style included a dramatic use of rubato and striking use of coloristic effects.

Wenzeslaus Matiegka (1773-1830) was a Czech composer and guitarist active in Vienna. His Sonata, Op. 23 opens with close paraphrases of Haydn’s Sonata in B Minor (Hob. XVI:32) in the first and second movements. The opening Presto featured an obsessively pounding theme and weird, unsettling silences. A long-spanned minuet in B major provided harmonic balm, and the rondo finale, Matiegka’s own, original composition, offered a gentle conclusion. Leisner’s performance made the work’s classical proportions utterly clear, without neglecting the Sturm und Drang of the Haydn paraphrases. 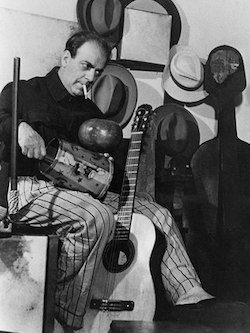 The great Brazilian composer Heitor Villa-Lobos’ 12 Etudes (1928) have long been staple guitar repertory, but the most commonly used edition, published by Editions Max Eschig in 1953, have more recently been supplanted by the discovery of an autograph manuscript from 1928 that contains many details not included in the published edition. Leisner is an absolute master of this material and his performance made pieces I have heard countless times spring to life. The opening of Etude 8 was strikingly transformed by glissandi and triplet rhythms to create a jazz-inflected effect and Etudes 10 and 11 were enhanced with significant added material.

The South Bay Guitar Society offers Prelude Performances by accomplished local students before the main recital. Leisner was preceded by Nicholas Padmanabhan, a 15-year-old student at the San Francisco Conservatory of Music Pre-College, who gave an impressive account of both the Prelude from Suite BWV 995 by J. S. Bach and Three Pieces for Guitar by Mexican composer Carlos Chavez.