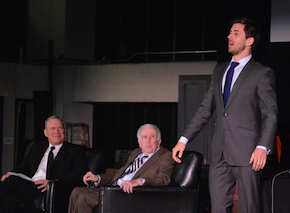 Lisa Hirsch — stern critic in general and no friend of managements per se — contributed this opinion piece to Music News in the wake of San Francisco Opera's annual meeting and the announcement from San Diego Opera:

Elsewhere on the Internet — on Parterre Box — there was a discussion of the upcoming Metropolitan Opera labor negotiations. In the middle of all this, someone made a horrified remark about how much David Gockley is paid when SFO puts on so many fewer performances than the Met. The pay figure cited was $1.5 million.

As it happens, a few weeks ago, I had glanced at the most recent SFO 990 — a tax formed filed by all nonprofits and made public by the IRS — and knew that Gockley’s current salary is a lot closer to $550,000. He was additionally paid a $1 million bonus during the year covered by the form.

I am not complaining about this for a very simple reason: David Gockley saved San Francisco Opera. It’s reasonably well known that Pamela Rosenberg blew through a huge amount of money on non-necessities during the recession earlier in the century, including an infamous $3 million “rebranding” effort; building a second, very expensive copy of a set for Barber of Seville for use in a rehearsal space; reinforcing the opera house stage so it would hold that set (I guess in some sense that was necessary), pricy costumes for invisible choristers in St. Francois, and on and on. The unions were pissed off at her for a lot of good reasons, like allowing unsafe stage practices (there were lawsuits ...). 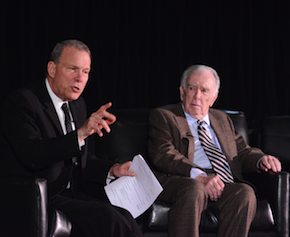 Rosenberg hated the kind of glad-handing and fund-raising you have to do in the U.S. if you run a big arts organization, and if you hate that sort of thing, it makes fundraising a lot harder. Gockley made peace with the unions, improved the company’s ability to make DVDs and do video broadcasts, brought in some gigantic donations in support of the company ($35 million from Jeannik Méquet Littlefield, $40 million from John and Cynthia Fry Gunn), increased the size of the endowment, brought the deficits under control, and took some important steps to physically consolidate the company’s operations, which have been dispersed all over the city at great expense to SFO. The costume shop and other shops will be brought into the renovated Veteran’s Building, next door to the opera house; there will be a new archive; there will be a new 300-seat theater for chamber opera.

The careful financial controls have had some effect on programming, of course. A planned new production of Peter Grimes was canceled because of the cost. Programming has sometimes been conservative, with long runs of double-cast popular operas such as La traviata, Barber of Seville, and Madama Butterfly. 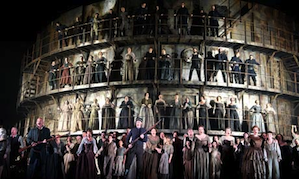 But even in the face of financial constraints, Gockley has continued an unmatched record of commissioning new operas, largely from American composers. Asked about programming, Gockley replied by e-mail:

When the Recession hit we made what cuts we could: staff salary freezes, executive pay cut of 10%, union concessions in salaries and medical coverage, Peter Grimes canceled, using smaller scaled and revival productions, etc. Our efforts to change the schedule did not work to better our position.

We are closing our scene shop on Indiana St. and are selling the property. We sustained operating deficits over the last three years, though they were not catastrophic. The endowment grew to about $150 million, and we have raised $16 million out of the $19 million needed to redevelop or new leased spaces in the Veterans Building next door.

The last two years we began to feel that the cuts were affecting the box office, and made the decision to "bet the ranch" on the 2014-2015 season, with more productions, more new productions, The Trojans, etc. If this doesn’t bring people out of the woodwork, I’m not sure what would.

Gockley’s impact on the company’s financial health has been huge and will help support SF Opera’s operations for decades. IMO, he deserves every penny of the bonus.