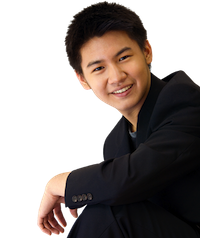 There has been plenty of bad news about the Sacramento Philharmonic and Sacramento Opera during recent months when such was the order of things everywhere, but the orchestra's returning Executive Director Jane Hill reports that major efforts are being made to put things right:

The last regular season was 2011-2012. Due to contributed income shortfalls last season (particularly concert sponsorships), in January, the board considered closing the orchestra at the end of the fiscal year, on June 30, 2012. There was a community-wide, successful fund-raising effort in April and May, and so we are going ahead with the 2012-2013 season.

The new contract with the orchestra calls for a minimum of four concerts; last time, we had five, so we are not in an expansion mode.

The nature of the new season continues Music Director Michael Morgan's vision of a contemporary orchestra: great classical composers, noteworthy guest artists from among "the up-and-comers," and work by a living composer on each concert, with the composer present when possible.

There was also a world premiere, Construir by Christopher Caliendo, a California composer, whose career has taken him from the television show Dallas to the Vatican, where he was the first American to have his work performed at the Contemporary Sacred Music Festival in Rome.

The rest of the season: "Prodigies — Beethoven and Beyond" in October, with Conrad Tao as soloist in Beethoven's Piano Concerto No. 1; "The Astonishing Rachel Barton Pine" in January; "Heroes," a family concert in February; and "Mozart and More" in April.

Morgan comments: "The orchestra in Sacramento has made tremendous artistic strides. What it needs is a larger, more diverse, and more adventurous audience. The Opera has the same issue. If the two groups successfully merge they will make an interesting artistic entity. The trick will be growing a large enough audience for it."

Sacramento Opera's season starts on Thursday, with "Opera at the Crest," with "Opera at Three Stages," Oct. 7, and will feature two staged works: "The Barber of Seville," Nov. 16 and 18; Puccini's "Gianni Schicchi" on Feb. 22 and 24.