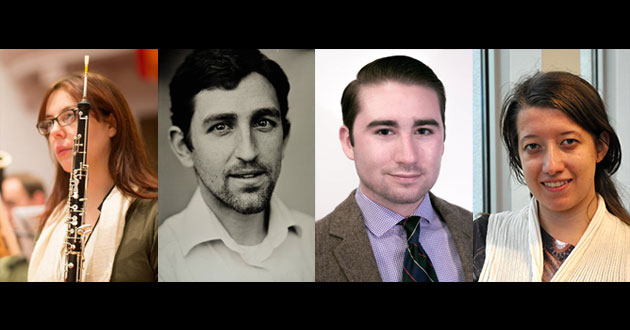 San Francisco Classical Voice is excited to announce the inaugural members in our Emerging Writer Program. In this apprenticeship, the young writers — Zoe Madonna, Joseph Cadagin, Patrick Galvin, Monica Hunter-Hart, Fiona Last, Didi Park, and Jeremy Rosenstock — will spend six months writing one or two reviews a month and getting feedback and advice from their mentors as they work. We hope that this gives them a thorough grounding in the practical side of being a music journalist as well as experience doing the work.

One of many reasons SFCV exists is to foster an interest in music criticism and to continue the discussion of musical culture far into the future. Critics are the people who initiate discussion, who, as SFCV founder Robert Commanday has said, “engage the readers in the experience, stimulating them to a sense of participation in the process.”

By bringing in young writers, SFCV extends that commitment to include new perspectives and interests. The program was created to coincide with the Rubin Institute for Music Criticism, which concluded at the San Francisco Conservatory of Music in November. The Institute provided a basic grounding and inspiration about the craft of review-writing. The apprenticeships offer the opportunity to join the discussion and publish work (and be paid for it), with some expert guidance thrown in — just as used to happen on the arts desks of major newspapers.

Video of seminar from the Rubin Institute of Music Criticism "Creativity and Criticism," November 9, 2014

The talents accepted into the program already have long experience making music and they know a surprising amount, but critics are writers first. Possibly the most exciting thing about these new voices is their strongly identifiable writing and their willingness to put unvarnished opinions out there. They’re going to get very good, very fast.

And while stimulating discussion may be its own reward, we hope that these writers appeal to our audience and that a few may pursue journalism as a career, or part of a full musical life and career. Only if they are willing to put in their oars will the conversation continue.