Though there are fewer big presenters in the South Bay, you don't have to trek north to find great artists playing seriously entertaining music. Here are a few best bets in the San Jose-Palo Alto area. 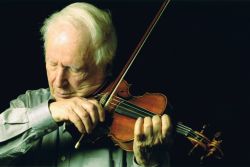 The NCCO's founding music director and former San Francisco Symphony concertmaster, Stuart Canin, returns to the stage to play Mendelssohn's Violin Concerto in D Minor (that's the other Mendelssohn violin concerto). Also on the program: Bartók's crisp and enjoyable Music for Strings, Percussion and Celesta and Rodion Shchedrin's utterly wacky and delightful re-orchestration of music from Bizet's Carmen, also for strings and percussion. Nadja Salerno-Sonnenberg leads from the first chair.

The symphony orchestra in San José kicks off its season with the return of Paul Polivnick, one of its most acclaimed conductors, and David Amram's jazz-influenced Triple Concerto, which Polivnick successfully led here in 2005. Also on the program: Holst's colorful The Planets, a popular work new to the SSV repertoire.

The South Bay's major premiere of the season is a new work by the leading Argentinian-born composer Osvaldo Golijov, performed by the St. Lawrence String Quartet in the Stanford Lively Arts series. It's paired with Schubert's last, glorious quartet, in G Major, and Haydn's Op. 76, No. 2. 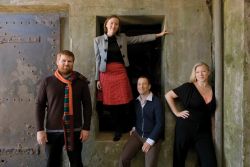 The Cypress String Quartet is bringing in renowned cellist Gary Hoffman to help them play Schubert's masterpiece, the String Quintet in C Major. The Cypress foursome will also perform Beethoven's Op. 95, and Hoffman will display the suite for solo cello by Gaspar Cassadó, a pupil of the great Pablo Casals. Part of the San Jose Chamber Music Society series.

Do you secretly prefer Wagner's The Nibelung's Ring without singers, but would like something longer than the traditional concert chunks? The Redwood Symphony offers Lorin Maazel's "symphonic synthesis" of the whole Ring cycle: It's like an hour-long Richard Strauss tone poem, except it's by Wagner. Also on the program: Rachmaninov's almost equally epic Rhapsody on a Theme of Paganini, with pianist Daniel Glover. Eric Kujawsky conducts. 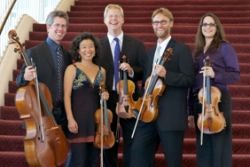 Most string quintets, other than Schubert's, don't get played often. The San Francisco Symphony Chamber Musicians have the personnel to do it. They will perform Mozart's K. 516 in G Minor and Mendelssohn's Op. 87 in B-flat Major, two of the finest chamber works by these great composers, in the hall of Kohl Mansion, a small space made for great chamber performances.