San Francisco Performances’ annual Naumburg Foundation Competition winner concert is a far bigger deal than you might imagine. As both Soyeon Lee, the 2010 Naumburg winner for piano who performs in Herbst Theatre on Jan. 9, and 1981 winner for violin Nadja Salerno-Sonnenberg can attest, a Naumburg victory can lead to a major international career. 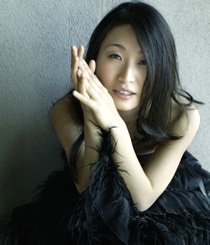 Of all the classical music competitions around the globe, including the Van Cliburn, Tchaikovsky, Chopin, BBC Cardiff Singer of the World, and Operalia, the Naumburg Competition has one of the best track records of selecting young musicians who, in short order, build significant careers.

Yet the Naumburg Foundation competition, once described by The New York Times as “in its quiet way, the most prestigious of them all,” remains one of the least understood.

Perhaps it’s the competition’s chameleonlike structure that contributes to its relative obscurity. What is now an annual competition encompassing a host of classical categories was conceived in New York City in 1925 by an amateur cellist, banker, and arts patron, Walter W. Naumburg. Believing that young musicians needed reviews in New York papers to successfully launch their careers, he decided to sponsor “public hearings for deserving music students.” The first public audition was held in 1926. Initially limited to pianists and string players, and expanded in 1928 to include singers, the auditions included cash awards and, most important, concerts in Town Hall designed to attract influential critics from New York’s former host of newspapers.

In 1946, with the understanding that the competition would be expanded to include composers, Aaron Copland and William Schumann joined the Naumburg Foundation board of directors. Two years later, the Naumburgs began to award recordings to winners. Then, in 1961, what had formerly been a series of auditions for a number of artists morphed into a professional competition with a single winner.

In 1965, newly elected board member Robert Mann, first violinist of the Juilliard String Quartet, made chamber music ensembles eligible for the award. With so many structural changes in its history, no wonder the Naumburgs are so misunderstood.

Since the early 1970s, the Foundation has rotated three competition categories — piano, strings, and voice — on a triennial basis. Winners receive a cash prize for career promotion, two recital appearances in New York’s Alice Tully Hall in successive years, a recording, and a changing roster of other opportunities.

An annual award is also given to chamber ensembles, with a maximum of two groups per year receiving a New York concert, along with funds to commission a new work from a composer of their choice. On some occasions, even clarinet, cello, flute, and guitar have been inserted into the solo award sequence. For all we know, this most flexible of competitions will morph again in the next few years to keep up with the ever-changing norms of building a career in music.

In whatever form it may take, San Francisco Performances’ Director Ruth A. Felt is delighted that she can continue to present Naumburg winners in a “gift” concert for subscribers and donors. (Tickets are also available, for purchase, to nonsubscribers.) Thanks are owed to the Chiu family, whose long relationship with the Manns and whose desire to support young musicians led them to begin underwriting the concerts in 1997.

“I entered the Naumburgs to save myself,” Nadja Salerno-Sonnenberg confessed via phone from New York City. A student at Juilliard, working with the famed Dorothy DeLay, she was approaching 20 and “completely lost” about what her future should be. 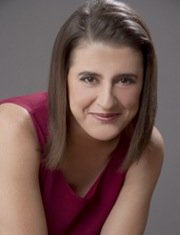 “Up to that point, there were a few key people in my life who had been beautifully manipulating me,” she says. “My mother had sort of made the decisions for me. In addition to Ms. DeLay, other influential entities were Lucy Mann and Robert Mann, and also a couple of key colleagues who believed in me.

“I hadn’t brought my instrument to Ms. DeLay in eight months. I didn’t know if this was what I wanted to do for my future, or if I was good enough.”

Salerno-Sonnenberg’s doubt whirled around two issues: whether she was sufficiently disciplined to really devote herself to a life of professional musicianship, and whether she was good enough to survive inevitable disappointments and build a successful career. She thought that if she could make it to the Naumburg Competition finals, she would prove she had the chops to continue as a violinist.

As a New Yorker, she knew the importance of the Naumburgs. “For us, it’s as big as the Tchaikovsky. There aren’t that many concerts, and the money isn’t that great, but for people at Juilliard, where the Naumburg office is located, it is a major, major thing.”

As far as Salerno-Sonnenberg was concerned, when Lucy Mann called to inform her that she had made the finals, she had reached her goal. Still, convinced that she was not the most polished player in the finals, which were to be held in Carnegie Hall, she dreaded the day.

“I was listening to the person before me, and he was so perfect that I wondered why I was even bothering to warm up. His playing was perfection, everything I wasn’t. The requirement was that I come onstage with a pianist and play for 55 minutes. As I recall, the judges sat in the orchestra, and the audience in the balconies. All you saw was 10 people and little lights.

“I played right before lunch, at 11:30. Relieved, I went out and had quite a few beers to celebrate. During lunch, one of my friends asked what I’d do if they had recalls. I was not only terrified, but also drunk. But I knew, 100 percent, that I didn’t stand a chance.

“When I returned, the audience had now moved to the orchestra level. I think Bobby [Mann] made the announcement. He got up there and started talking about music in general and the contestants, and said there were no second and third prizes. When he said that, it was very clear to me that I had no hope. I was absolutely shocked when my name was called. My name was the last thing that came out of his mouth. I still didn’t totally believe it. My friend jammed me with her elbow and said, ‘Hey Nadj, I think you just won!’ And I hadn’t played the violin in almost a year! I think they must have seen an intense bundle of talent.”

If anyone is qualified to discuss what’s special about the Naumburgs, it’s Soyeon Lee. The Korean-born pianist, who came to the U.S. with her family at the age of 9, entered the Naumburg last June, exactly one year after being eliminated in the first round of the Van Cliburn International Piano Competition.

Lee had already won prizes at the Santander, Cleveland, and Concert Artist Guild competitions; performed in a trio with Mark O’Connor; and attracted significant attention for her exceptionally eco-friendly CD and her recycled concert garb. But, turning 31 on the day of the Naumburg Competition, and not yet a regular on the concert circuit, she knew it was her last chance to get a boost from a major win.

“I don’t think the Van Cliburn and Naumburg could be more different,” she declared by phone. “The Van Cliburn has so much media and buzz wrapped around it way before the competition even starts, and there are TV cameras running all the time. The Naumburg is a much more quiet affair.”

Nor is it anywhere near as cushy. Each of the three rounds is held in a different hall, with varied acoustics and pianos. There is no opportunity to choose a piano, as exists at the Cliburn, or to adjust to the acoustics. In addition, after contestants submit long programs, they only learn the night before what they will perform. As unnerving as those variables may be, they are also good practice for future touring musicians, who sometimes find themselves faced with subpar pianos or acoustically inferior halls, or both.

Lee’s win did not exactly simplify her life, however. After her Van Cliburn loss, she decided to go for a D.M.A. degree at City College of New York’s Graduate Center, where Naumburg judge Ursula Oppens teaches. Now Lee’s hands are completely full. A full-time doctoral student, she also teaches classes on music history and appreciation at both Bronx Community College and City College, serves as a teaching assistant to Juilliard professors Robert McDonald and Julian Martin, juggles an expanding schedule of solo appearances, and performs in a piano quartet that includes two other Cliburn Competition veterans. A solo all-Stravinsky recording is in the planning stages.

“This semester has been an exercise in prioritizing and grounding myself,” she declares. “I’ve gotten so much better at not freaking out, for lack of a better word.”