Vocal lovers have a lot to be excited about this year. True, some presenters have scaled back a bit. But with the Green Music Center at Sonoma State University more than picking up the slack, and several other organizations presenting major artists, there will be plenty of excitement in the Bay Area. 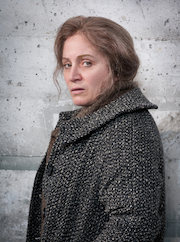 There is good reason to expect that SFO's third major premiere in six months will be a success. Stephen King’s novel, which has already been successfully adapted for the silver screen, is undeniably operatic in nature, and J.D. McClatchy seems like a perfect choice to libretto-ize it. And the casting for Dolores Claiborne is first class, with three strong female leads: Patricia Racette (composer Tobias Picker's first choice for Dolores) and Catherine Cook (Dolores in the final two performances); recent Adler Fellow Susannah Biller (Dolores' daughter Selena), and Met stalwart Elizabeth Futral (the imperious Vera Donovan). This promises to be “American verismo” in the grand tradition, with Picker’s sinewy lyricism underscoring the many four-letter words hurled across the footlights.

How can you resist this one? First, there’s Verdi and Boito’s miraculous melding of joy, preposterous posturing, and touching romance. Then, as Falstaff, we have the larger-than-life bass-baritone Bryn Terfel, who is so absolutely perfect for the role that he is rumored to have strutted around like the besotted knight as soon as he learned to walk. Falstaff calls for character in both acting and singing, which is why SFO’s ever-witty and -alive music director, Nicola Luisotti, conducts an exceptional cast that also includes the fabulously gifted soprano Ainhoa Arteta and contralto Meredith Arwady. 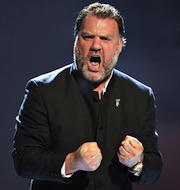 One of the finest baritones of our time, gifted with a gorgeous voice and a talent for character, Terfel makes his recital in Weill Hall as necessary as breath itself. Terfel can, on occasion, overemote, but when a song is as rich and towering as his personality, the results can be awe-inspiring. Years after hearing one of his recitals in Berkeley, I find his sea songs and some Rodgers & Hammerstein still resounding in my head.

Thanks to Nicola Luisotti, the Bay Area’s ongoing celebration of the Verdi bicentennial unites some 320 choristers from the choruses of San Francisco Opera and Teatro di San Carlo of Naples in this most operatic of requiems. Leah Crocetto, who recently wowed audiences in Verona and Venice with her portrayals of Desdemona (in Otello) and Leonora (Il trovatore), should easily soar in the soprano role. At her side, equally strong, are mezzo Margaret Mezzacappa, whom we heard too briefly in Les Contes d’Hoffmann; superb tenor Michael Fabiano, who sang with Crocetto in Stern Grove over a year ago; and the gifted Vitalij Kowaljow, who, no matter how you pronounce his name, is a bass to be reckoned with. Expect a performance so powerful that it may rate a few points on the Richter scale.

English mezzo Alice Coote may be a fine opera singer, but it’s in recital, where she can pick songs that best suit her temperament and the unique timbre of her voice, that her interpretive brilliance most consistently shines. She returns, this time with art song champion Graham Johnson. Do not miss this evening.

The English Concert in Handel’s Theodora at Green Music Center 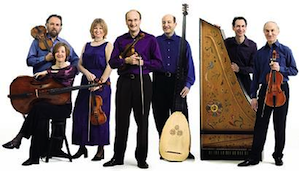 Handel’s oratorio Theodora is not exactly unknown in these parts, but the chance to hear it with The English Concert and a dream cast is not to be ignored. For starters, we have the beloved countertenor David Daniels and the long-overdue Greater Bay Area debut of sublime soprano Dorothea Roschmann. Add in lyric tenor Andrew Kennedy, mezzo-soprano Sarah Connolly, bass-baritone Neal Davies, and the Choir of Trinity Wall Street, and you have a must-see performance in a wonderful concert hall.

Schubert’s chilling song cycle of over-the-edge despair seems to have replaced Schumann’s Dichterliebe as the cycle of choice among baritones visiting our shore. Following marvelous and radically different accounts by Wolfgang Holzmair and Matthias Goerne, English baritone Gerald Finley joins the ever-insightful pianist Julius Drake for another look into the soul of one of the great songwriters of the past 200 years. 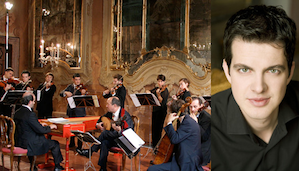 Not only is countertenor Philippe Jaroussky’s voice extremely beautiful and expressive, but its weight also is ideal for the Venice Baroque Orchestra. I wish Jaroussky was singing an entire program, rather than merely selections by Nicola Porpora. Nevertheless, the program should prove uniquely satisfying for vocal lovers. The orchestra also performs Vivaldi, Veracini, and Geminiani. Plus, you have your choice of two venues: Berkeley’s First Congregational Church or Rohnert Park’s Weill Hall.

That you’ve never heard of Rita, and may not have another opportunity to see it, is reason enough to explore this rarely performed one-act comic opera by the man who brought us L’Elisir d’amore and Don Pasquale. It’s also a chance to see our latest crop of Adler Fellows singing up a storm … of laughter, we hope.

Leah Crocetto and David Lomelí With the Santa Rosa Symphony 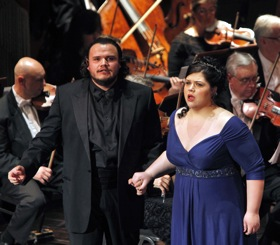 Although tenor David Lomelí was forced to cancel his last recital at Sonoma State due to “complex medical issues,” there is hope that he will return to the stage in time for his joint recital with soprano Leah Crocetto. Everyone who heard these two gifted artists during their tenure as Merolini and Adler Fellows expects that, together, they will fill Weill Hall with power, passion, and a surfeit of tonal beauty. Backed by the Santa Rosa Symphony, this should be a spectacular event.

How many times in your life will you have the opportunity to hear Vivaldi’s sole surviving oratorio, performed on historical instruments by a master band and conductor? Need more enticement? Well, the cast is tremendous; adhering to the all-female casting of Vivaldi’s original performance, Music Director Nicholas McGegan has chosen, for the title roles, three superb artists — soprano Dominique Labelle, mezzo-soprano and Baroque whiz Vivica Genaux, and much-in-demand English mezzo Diana Moore. Add in Dutch mezzo Cécile van de Sant, whom McGegan describes as having the quality of “a fine Dutch chocolate with 80% cocoa,” and Labelle’s fellow New Englander mezzo Virginia Warnken, and you’ve got another irresistible offering from PBO. 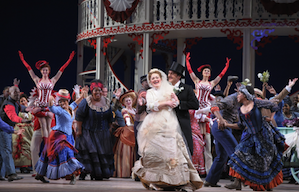 Acknowledging that Jerome Kern and Oscar Hammerstein II’s great 1927 musical is operatic in both plot and proportion, SFO mounts a version directed by Francesca Zambello (premiered in Chicago) that should make clear the radical nature of the subject matter. In Patricia Racette's third of four operatic appearances this season (singing a total of five roles), you can expect her dramatic sensibility and penchant for pathos to tear your heart out as Julie, while Nathan Gunn's suave demeanor could prove ideal as Gaylord Ravenal. Since racism is as alive today as when Show Boat tackled it head-on 85 years ago, and Kern’s melodies are as beautiful as ever, don’t miss the musical that brought us “Ol’ Man River,” “Make Believe,” and “Can’t Help Lovin’ Dat Man (Fish gotta swim, birds gotta fly).” June 1–July 2, War Memorial Opera House, 8 p.m., $23–$350, (415) 864-3330, www.sfopera.org.

Grimes Is at His Exercise at S.F. Symphony

Capping a year-long celebration of the Britten centennial, which begins with performances of his War Requiem in November, San Francisco Symphony has scheduled three of his works for June: excerpts from The Prince of the Pagodas; the Serenade for Tenor, Horn, and Strings (with tenor Toby Spence and horn player Robert Ward); and a concert performance of the opera Peter Grimes. A Merola/Adler Fellow alum, the fabulous soprano Elza van den Heever (as schoolmistress Ellen Orford), joins a stellar, not-a-weak-link cast that also includes tenor Stuart Skelton, baritone Alan Opie (who won a Grammy in 1996 for his role in a recording of the opera), mezzos Ann Murray and Nancy Maultsby, baritone Eugene Brancoveanu, and bass John Relyea.