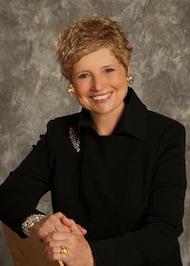 When orchestra administrators gather to discuss the state of the art, the Los Angeles Philharmonic’s president and CEO, Deborah Borda, is frequently the keynote speaker. As well she should be.

Borda, who assumed her post in January 2000, heads an organization that is flying high, economically and artistically. The orchestra performs in an architectural and acoustic gem, the Walt Disney Concert Hall, and its new music director, Gustavo Dudamel (“the Dude”), sells out every performance he conducts, no matter what’s on the program — Brahms, Beethoven, even Olivier Messiaen’s Turangalîla-Symphonie.

Borda also heads up an organization that is about as tech-savvy as you can be: from its constantly updated website and its social network connections to its recently unveiled series of live-performance broadcasts in movie theaters featuring the tousled hair, radiant smile, and slashing baton of G. Dudamel.

On Sunday, Borda and Dudamel will sit down together for a discussion of the relationship between a city’s symphony orchestra and its community, as part of a season-long summit, the American Orchestra Forum, hosted by the San Francisco Symphony. Dudamel will also conduct a pair of concerts with the Los Angeles Philharmonic at Davies Symphony Hall, but good luck scoring a ticket if you don’t already have one.

I sat down with Borda before her trip, to get a sense of where she thinks classical orchestras are headed.

There are those who say the traditional symphony orchestra is headed for extinction. Do you agree?

I think that’s putting too draconian a take on it. But what I think is true is that there is an evolutionary process at work. Think how different classical orchestras are today than they were 50 or 60 years ago, in terms of how many concerts they play, musician salaries, unions, fund-raising, etc. It’s a whole different world. So there has been an evolution, and that evolution will continue.

But there are significant orchestras that are struggling to survive. Do you see them making a recovery?

In some ways I think our field has been slow to grapple with change, for a variety of reasons. It’s easier for smaller presenters to be in the vanguard than it is for the traditional orchestras that have to support large halls, please conservative donor bases, and maintain full performance schedules. You also cannot generalize; there are global problems and there are local problems. In the case of every orchestra, there are different issues to consider. Let’s take Detroit. There’s a city that has lost half its population. That is a very real change, economically and demographically.

If you look at the orchestras in the old “Rust Belt,” like Detroit and Pittsburgh, they are facing the challenge of a much smaller audience base. So, it’s difficult to say that what’s ailing the Philadelphia Orchestra is ailing Detroit or the Honolulu Symphony.

Is it mostly a question of economics?

One of the key changes that people don’t talk about too much is the growing gap between earned income and contributed income. A decade ago there was a much smaller gap, so contributed income plugged a smaller percentage of what was needed. Today it’s almost totally flipped. Most orchestras are very lucky if they earn 50 percent of their income. It’s more like 40 percent, which means a much wider spectrum of fund-raising is required. That’s one of the major economic issues orchestras are dealing with.

How has this situation affected the role of the orchestra manager?

You can’t manage an orchestra the way we did 20 years ago, even five years ago. It used to be that as a manager all you had to worry about was the artistic imperative of putting the best show you could on stage. Of course, you still have to worry about that. But in addition, as our society has changed, there is a new moral imperative that we have not really addressed or thought about. Symphony orchestras are cultural institutions. But we are also human service institutions and we need to consistently demonstrate our value. That’s especially true when you are saying to the community, “You need to give me 60 percent of my budget to sustain the institution.”

Isn’t it also true that people have more alternative forms of entertainment now where they can chose to spend their money?

I think the L.A. Phil remains a voice of optimism and entrepreneurial spirit — a beacon of hope.

You are often asked to speak on this subject. What do you think the mood is currently?

Actually, very positive, because for the first time we are really confronting these issues head-on and not brushing them aside and saying there aren’t any troubles. I think people in our field are energized by honest, up-front discussions. After all, orchestras are a microcosm of society. I think the L.A. Phil remains a voice of optimism and entrepreneurial spirit — a beacon of hope.

I can only recall one, and that was Leonard Bernstein. Gustavo is a stunning talent. But what is really satisfying to watch is his development. What he’s doing with the orchestra is amazing. Every one of his programs sells out, even the four performances he gave of the Turangalîla. That’s unheard of.

Gustavo’s performances have also attracted a younger audience. But the fact is, there are not too many Gustavos to go around. Is the aging of the audience for classical music a real problem, and is attracting a younger audience the answer?

Of course, it is important to repopulate the orchestra hall on a regular basis. But there is a whole new body of research that’s showing that the key is to get people into the hall who are in their 50s. We are talking about the “Boomers.” They’re well-to-do, their children have left home, and they’re educated. And they’re looking for things to do that add meaning to their lives. If you can attract that group, they will remain your most dedicated members into their 60s, 70s, and 80s. That means you’re looking at 40 years of audiences. If you can buy 40 years, who knows what happens after that?