Mahan Esfahani Makes It Happen on the Harpsichord

The Scotsman’s David Kettle once hailed Mahan Esfahani’s performance of Bach’s Goldberg Variations as a “deeply human experience, brimming with humor and wit, cool objectivity, deep tragedy, and startling joy.” And while most live performances in the States have been canceled due to COVID-19, the Iranian-born, American-raised Esfahani, who currently lives in Prague, recently filmed the masterwork for a Cal Performances concert that will be available for viewing online beginning March 4 for three months.

Living in Maryland with his family, Esfahani became enamored with Bach at age 11, although he didn’t begin studying the harpsichord in earnest until he was at Stanford, where he majored in musicology and history, also working as a repetiteur and studying in Boston with Peter Watchorn before completing his training in Prague with the eminent Czech harpsichordist Zuzana Růžičková. The rest, as they say, is history: The musician was the first and only harpsichordist to be a BBC New Generation Artist (2008–2010); a Borletti-Buitoni prize winner (2009); a nominee for Gramophone’s Artist of the Year (2014, 2015, 2017); and on the shortlist as instrumentalist of the year for the Royal Philharmonic Society Awards (2013, 2019).

Indeed, Esfahani not only has a rich discography for Hyperion and Deutsche Grammophon, the latter including his acclaimed 2016 recording of Goldberg Variations, but is also a renowned concerto soloist. Performing under leading conductors such as Ludovic Morlot and Thierry Fischer, Esfahani, who was born in 1984, has also forged chamber music partnerships with, among others, violinist Stefan Jackiw and cellist Maximilian Hornung. Considered part of a new generation of players that The New Yorker’s Alex Ross described as helping give, “an almost hipsterish profile to an instrument that has often been stereotyped as archaic and twee,” Esfahani makes no bones about his fondness for new music.

In so doing, he is reigniting excitement for the harpsichord, spending about 60 percent of his time playing works by, among others, Cage, Ligeti, and Kaija Saariaho, as well as commissioned pieces, all while continuing to push the musical envelope. Also a commentator on BBC Radio 3 and Radio 4, where he hosts such programs as Record Review and is at work on his fourth radio documentary, the fiendishly busy Esfahani was in Prague where I caught up with him by telephone. We chatted on a range of topics, including, of course, Bach, his provocative choice of concert programming, and his ongoing quest to mainstream the harpsichord.

What is it about Bach and the Goldberg Variations that both musicians and audiences alike can’t seem to get enough of?

Bach throughout the 19th century and a good part of the 20th century was not a popular composer. Whatever it is that seems to tap into peoples’ psyches about Bach wasn’t universal. I think because we have had such ample time to be with his music, now we are understanding it. It took us 300 years, so why wouldn’t that happen with a lot of new music? It took 70 years to understand Stravinsky’s Rite of Spring, [which was like] a car crash. Great art needs time and it needs space. Maybe it needs space to speak to us as a society. That’s how I like to look at it.

And look at what humanity’s been through in the last 250 years. Could Bach possibly speak to that? His world view was orderly, devoted, trusting, optimistic. Could it be that Bach needed all that time and space? I think your guess is as good as mine. What’s really funny was that the Goldbergs were not popular in the 19th century — they do not feature on concert programs. Wanda Landowska plays it in the 1930s — that’s when they came before the public — and with Glenn Gould in the 1950s — but it kind of doesn’t really register in the public imagination. What’s interesting, when Wanda rerecords them in 1945, the recording sells so much, RCA shelved putting out a piano recording by [Claudio] Arrau. I’ve always found it a bit of irony, if you like, that partly in America it’s identified with Gould.

How do the Goldberg Variations, when performed on the harpsichord versus the piano, change character?

The piece was written for harpsichord. It’s clear in the score; he says it’s for a double manual, double keyboard harpsichord and it exploits all the possibilities of the instrument. Bach is exploring new things, new sonorities, new technical possibilities through his life. What’s exciting is when you play it on the harpsichord, Bach was a much greater harpsichord player than I will ever be. It doesn’t get more daunting than competing with Bach. He must have been a truly gifted and clearly disciplined player to pull it out. I would say that you’re conversing with Bach in different ways depending on the medium.

But I love both, because good playing is good playing and the Variations would sound good on a synthesizer. It’s the way that I express myself. It’s the instrument I feel that encompasses everything I want to say. It’s also been a vehicle for me to explore other repertory.

Speaking of other repertory, what is your attraction to new music, and having commissioned pieces, including those from Michael Berkeley, George Lewis, and Laurence Osborne, what is your process like?

The challenge of performing modern music — Beethoven’s symphonies, by all accounts, when they were first performed were pretty ropy — is it shows he was ahead of what the standard practice was. What’s exciting is you’re kind of at the edge of introducing new practices and techniques. Who doesn’t want to be involved in breaking new ground? Composers are very interesting people. No one looks at music the way a composer does — and you get to hang out with composers, so what’s wrong with that?

Lately I commissioned a concerto by Bent Sørensen. It’s sitting on my instrument now and is being premiered in three weeks in Norway. Recently I did a premiere by Poul Ruders in Scandinavia, and in April I’m premiering three new pieces in Linz and Salzburg. I’m commissioning all kinds of cool things. Young musicians say to me, “How do you get on the wagon of getting composers interested in writing for you?” I tell them that once you get the first three or four [works], it acquires its own momentum.

[As for the] process, you meet them, you get to know a composer’s work, they send pages. This works, that doesn’t. It’s a conversation. In the genesis of a work — the first stages — I don’t interfere. Everybody has what they want to say and I let them say it.

In 2016 you were booed at a concert in Cologne, Germany, while playing Steve Reich’s Piano Phase over a recorded track of the first keyboard part. What was that like and what did Reich think of that performance?

It happened a couple times. He was delighted and was glad to know that he still gets some peoples’ backs up. He’s a nice guy.

Indeed! When you performed the same piece at the 92nd Street Y a year later, The New York Times’ James R. Oestreich wrote, “... even the most disparaging listener could only have admired Mr. Esfahani’s discipline and close concentration as he moved out of phase with the taped performance in minuscule increments and then, ever so slowly, drifted back in. The ovation was intense and seemingly universal.” This invites the question: Do you read your reviews?

I never read this stuff. The funniest thing [is that] I had a friend come over and I don’t have any of my own recordings. He asked, “Why don’t you have them.” I told him, “I don’t need a souvenir. I was there. I know what I did.”

Vis-à-vis your mission to bring more awareness to the harpsichord, are you making any headway?

I think that if you get people who are inclined to dislike it and if by the end it said something to them, then we’re making progress. It’s important to keep in mind that we can’t measure our impact in terms of that. You cannot make everyone like you. If you have impacted one person, if you have changed one person [that’s good]. The older I get I think in terms of useful dialogue and we could have used a little more dialogue in the last few years. We live in a sick world so if there’s some spark then we’re doing something useful. That’s the best you can be hopeful about.

In terms of impact, COVID-19 has certainly wrought changes in the world. As an artist, what do you feel your responsibility is during this particularly challenging moment?

Art itself is a protest against everything that is bad and ugly. In my younger years I thought artists used platforms to say certain things, but I realized that was a mistake. The art itself is the statement. [The late director] Milos Forman once said, “If there are certain things on your mind and certain things that collectively bother us, as a filmmaker I don’t need to outright say anything. Merely the art itself will make you think of these things.”

I don’t care for musicians who think they’re activists by just Tweeting. Everyone who’s bought a ticket to hear Bach has a right to listen to it. Sooner or later, that will make them reflect on whatever it is they need to reflect on. That’s it. If I were to say, for instance, Bach advocates this, he thinks for us, he speaks for us, it leaves me with no defense if tyrants shoehorn Bach into what they want to say. That’s what I think. The artist has a duty to just be. Beyond that, I say, “Go practice, man.” It’s time better used practicing. 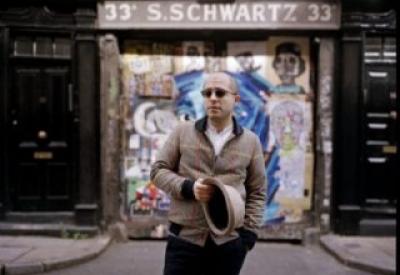 The Iranian-American virtuoso transcended expectations in a challenging program that ranged from the traditional to the cutting edge.

American Bach Soloists is training dozens of young artists in the discipline of early music performance just as the early music movement itself opens up.

The Labèque Sisters: Playing Together and Always Discovering Something New