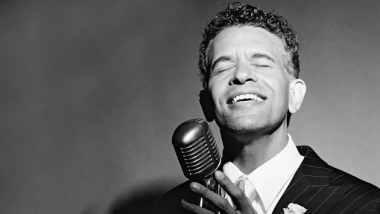 Though best known as a star of Broadway (with Tony, Drama Desk, and Outer Critics Circle Awards to his credit), baritone Brian Stokes Mitchell has maintained a long association with Los Angeles. He’s appeared often with the LA Philharmonic both at Walt Disney Concert Hall and the Hollywood Bowl, as well as performances in smaller venues as a solo entertainer. But for those who were there, it was Brian Stokes Mitchell’s star-turn performance as Coalhouse Walker (opposite Audra McDonald) in the 1997 pre-Broadway U.S. premiere of Ragtime that announced his Los Angeles arrival.

This week Mitchell will begin a new association with L.A. when he appears at the Dorothy Chandler Pavilion in Los Angeles Opera’s production of Adam Guettel’s romantic musical, The Light in the Piazza, direct from its London engagement.

The story is set in Florence in 1953, and Mitchell (who just joined the cast) plays the elegant Florentine father, Signor Naccarelli, in a cast that features Renée Fleming as the overly protective American mother, Margaret Johnson, on holiday with her impressionable young daughter, Clara, played by Dove Cameron. The production opens Oct. 12 and plays through Oct. 20.

I spoke with “Stokes” (as he likes to be called) on Oct. 1, after his first rehearsal with the company.

You were the last member of the cast to be announced and you weren’t in the London production. How has that been for you?

The day I said yes [to doing the show] was literally a month and a half ago. The first thing I did was call a friend of mine in L.A. that speaks Italian, because most of the lines my character speaks are in Italian and I wanted to get the accent right. I sent him the script and asked him to record the lines for me. We only have nine days of rehearsal, but that’s because most of this cast were in the London production. So they’ve already done it. I didn’t want to be the newbie just showing up and not knowing what I was doing. I wanted to already have my lines in my head. I’m pretty happy with it. It’s a great cast and they’ve been very supportive.

Is there anything about the vocal range of the part that poses a challenge?

He’s a baritone just like me. From what I’m used to, it’s fairly minimal singing. There is one main song I sing with Renée and it’s a fairly easy one. It’s not in any sense an operatic score, though the music is quite sophisticated. We are also all going to be amplified, which otherwise in a hall that large would have posed a real problem.

Were you already familiar with the show?

I first saw it on Broadway with Victoria Clark. who won the Tony. It’s one of my favorite shows and scores. The book by Craig Lucas is brilliant, and I recently read the short story he based it on. I was amazed how much Craig’s book adds to the story. His writing is spare and witty and charming.

It’s true. This is my first chance to work with an opera company and with such a well-known opera star as Renée. What’s ironic is that she’s been doing more musical theater in her career, and this is certainly more a musical than an opera. It’s like our paths are crossing. It’s ironic because I would actually love to do an opera. I got the score for Don Giovanni and have been learning it just for the fun of it. I have a big voice and, although most people don’t know it, I was trained as a classical singer.

I didn’t attend college, but went directly into musical theater. When I was doing my second show on Broadway — [his first was a 1988 musical called Mail] it was called Oh, Kay! and was produced by David Merrick. I was in rehearsals for that show when I got called in by the Metropolitan Opera. They were doing a production of Porgy and Bess. That was in 1990. They wanted me to come in and audition for the part of Sportin’ Life. So, my first experience at Lincoln Center was on the stage of the Met singing for James Levine! I’d never even been to Lincoln Center before that. I was actually offered the role, but in the end I turned it down. I think I could have done both, but David Merrick insisted I stay with his show. The funny part is the Met people were so sure I was going to take the part they went ahead and printed my name and all my bio stuff in the program. My brother showed me a copy. There I am, Brian Mitchell, with my picture. That was before I started using my middle name, Stokes, to set me apart. Besides I like Stokes. It’s a verb. And there aren’t any other Brian Stokes Mitchells.

Have you ever wondered what might have happened if you had taken the part?

All the time. But I think I chose the right path, obviously. But it was my choice to make. I could have said yes to the Met. I hadn’t signed yet with David Merrick. But what I realized is that Porgy and Bess is sort of this bastard child of opera and musical theater: it’s too opera for musical theater and too musical theater for opera. I also didn’t think that Sportin’ Life was going to be the role that made people say, “Oh, he’s our next Don Giovanni.” But it is a role that can lead you to lots of other parts in musical theater. That was the reason I ended up saying no and followed my path into musical theater. 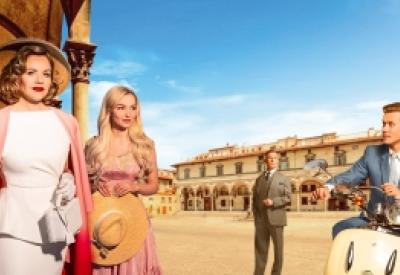 LA Opera’s La bohème Dances on the Dark Side

Dazzling Petrushka From LA Phil at the Hollywood Bowl