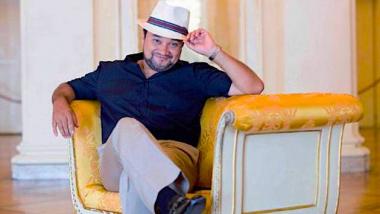 Ramón Vargas Is Thankful and Far From Finished

One of the leading tenors and great vocal artists of our time, Mexico City-born Ramón Vargas regularly performs at all the major opera houses around the world. The youngest son of nine children, he began singing in church as a boy of 9, and at 22 he won the Carlo Morelli competition, a prestigious opera prize in Mexico.

Making his international debut in 1992 when the Metropolitan Opera asked him to sing Edgardo in Donizetti’s Lucia di Lammermoor — opposite June Anderson and substituting for none other than Luciano Pavarotti — Vargas first sang with Los Angeles Opera four years later as the lovestruck peasant boy Nemorino in another Donizetti classic, The Elixir of Love. Returning to that role in the 2014 Bartlett Sher-directed Elixir at the Met, the tenor’s throbbing showstopper, “Una furtiva lagrima,” was described by The New York Times’ Zachary Woolfe as “unassuming and intimate: less grand aria than simple, sincere confession.”

Those words could also apply to Vargas himself. After having assayed numerous leading roles including Werther (1998) and Don Carlo (2018 for LA Opera, the tenor returns to the Dorothy Chandler Pavilion in the titular role of Roberto Devereux. Opening Feb. 22 and running for six performances through March 14, the production, a company premiere, is directed by Stephen Lawless, with Eun Sun Kim making her LA Opera debut on the podium.

I spoke with Vargas by phone from Los Angeles, where he was rehearsing the role he has also sung at the Vienna State Opera. The tenor, who makes his home in Vienna with his wife and two sons, was indeed self-effacing, candid, and enthusiastic to be back in the City of Angels.

You’ve sung a lot of Verdi  but it’s no secret that you’re a fan of Donizetti, having also performed in his La favorita and Maria Stuarda. What is the attraction to Donizetti and how would you describe Devereux in this romantic melodrama that was inspired by the relationship between Queen Elizabeth I and the Earl of Essex, Roberto Devereux?

Donizetti was a great connoisseur of the voice, but this character Roberto is really very close to Verdi. There are many moments where you hear Verdi there, because he was inspired by Donizetti. I think Donizetti is something special because it’s hard for everybody — all the singers. I think it’s the very interesting thing of bel canto, because you are always at risk.

This opera is complicated to perform. The music is more Verdi, but the way Donizetti uses the theater, it’s a little bit old-fashioned — with an aria, cabaletta, duet, trio. It’s an old system and it’s complicated to sing, so it’s difficult to create a theater piece. We’re working very nice with everybody to make one piece that could be closer to our way — the way we see now the theater. The music is so absolutely fantastic, but we have to go on with that old-style theater position. Stephen Lawless is working hard — he’s an amazing person [who is also] very funny and interesting and intelligent. He’s great!

Have you worked before with Eun Sun Kim or Davinia Rodríguez, who is also making her LA Opera debut?

I haven’t worked with Eun Sun and I’ve known Davinia for many years, but we never sang together. I am good friends with her husband and I saw her in Vienna singing Macbeth, but I’ve never sung with her before. Now it’s very nice because it’s better we work in a good ambience — when everybody is friendly and tries to do their best. That’s absolutely the dream for me. We stay in the theater most of our life and we have to stay well with the people and stay happy, I think so. Doing [opera] with friends is much better because, people don’t realize, but [the audience] feel it’s a good team when you have relationships.

You once said that “singing is one part of the art of opera.” Can you please elaborate on that?

I think the voice is the beginning often, but in between you have to put many things — musicality, preparation, work, emotions, and everything. There are many things that you need to sing. Maybe one of the most important ways in singing is that people can communicate. It’s so strong — even in the Bible it says, “Singing is praying twice.” I think also that when you are sad or [when] you’re happy — you sing. It’s a very extra strong way to communicate with human beings. People understand very well when one singer is giving emotions to the voice and people receive that very fast. Of course, the theater, the dancing — maybe dance is very quickly-received because it’s of the body, but singing is something you only hear. You don’t see it. I think it’s something special and it’s a very special way to communicate with art.

What was it like substituting for Pavarotti in 1992 as Edgardo in Lucia, which was then a new production staged by Francesca Zambello in her Met debut?

It happens. This production of Lucia, he didn’t like it and he didn’t accept to do this production. He thought it could be even dangerous, so he’s leaving the production [when] almost all the performances [are supposed to] be Luciano. When that happens, they say there’s a bit of problems with the tenors. But they chose me and it was my debut in the United States and it was at the Metropolitan. I was so young, I didn’t realize exactly what happened.

I was in Vienna before and I had my debut in La Scala in March 1993. That means I was making these three very important debuts — Vienna, the Met, and La Scala in the same season. I think I have a lot of fortune and luck in my life in that way. For singing to make a success you need a few things [but] the most important is to be prepared, then to have chances, and also to have a little bit of luck. I think when these three things happen together, its success is more secure.

Who were some of your influences?

My number one was [Giuseppe] Di Stefano. In Mexico he was very famous. He was absolutely an idol in Mexico and I liked him very much. Especially the first Di Stefano when he was singing with control and very beautifully. I also liked [Beniamino] Gigli; he was old-school until [his] Luigi Pontiggia class and [had] an elegant way to sing. I liked him. I still like him.

Of the modern voices I think the most incredible voice from the last 50 years was Luciano Pavarotti. He has an incredibly beautiful instrument that he could use very well. He was never the best artist — Plácido [Domingo] is much more complete in that way. He had this incredibly good technique and this voice with the sound. The sound was something special.

How has the business of opera changed since you began your career? Have audiences gotten younger, and why is the art form still relevant today?

When you are very young, the people sometimes, they don’t like the opera. They find it static. They have bad information about the opera sometimes, but when you are older — 40 or more — you have more time for the theater to receive experiences. You don’t want cars; what you want is to have experiences in life.

All the people in the public — the younger people have a lot of interests, but many of the people that go now, they heard opera when they were young. Some people start to hear opera later. In Vienna or in London, I saw a lot of young people in the theater, but normally, it’s expensive. The people who have more time and money — they go. This is normal.

I do see young people in the theater, because the opera teaches us a lot of stuff in life. Stories of the opera are coming from important novels and writers, important composers. It’s not only a show, it’s really an experience and you have to be prepared to receive music as an artistic experience. I am positive about the opera. I think the future is developing well, more and more.

What advice do you have for aspiring singers?

To the young singers — they have to have the passion of what they’re doing. To do this job, to try to be famous and have a lot of expressions — nobody can tell you anything about that. Nobody can tell you [whether] you will have success or not. When you do that job, you choose to make music, to be a singer, because it’s part of your life, you have to have the passion. It’s a little bit like sports — they need to do that — and dancers. You do it because you have the passion, not because you want to be famous. That is a mistake.

You’re now 59. Are there still any roles you would like to do that you haven’t, and where do you see yourself in the next five or 10 years? Do you think about retiring?

I would love to do Lohengrin. I think it’s very Italian — it’s the most Italian Wagner opera. I think it could be very nice for me. I speak German and that helps, of course. I think my voice and my vocality now is nice for that kind of repertory.

[As for retiring], I think that one day I will have to stop, but at this time I feel that my voice is still very nice. I have more experience than before and my interpretation is better in many ways. Of course, there are opera [roles] I don’t sing anymore — Romeo, Faust — I don’t sing anymore. That’s not for me.

There are other operas made for voices and people not so young. [Mozart’s] La clemenza di Tito and Idomeneo and other roles — even [Offenbach’s] Tales of Hoffmann. I think also Don Ottavio in Don Giovanni — he’s not a young guy and he won’t be jealous. He’s smarter because he’s older. He’s a man. Some roles I’ll continue to sing for a few years more. When the time [comes], I will stop and finish.

For now, though, I am so happy and it’s a privilege to make music. It’s a privilege to sing. The nicest thing in our work is we can share our emotions and share our capacities. That makes so interesting our job. I think that without the public we don’t have any reason to exist. We the singers need the people to offer the emotions — for them to receive them or not. We try to offer our best with our voices and that is really a privilege. 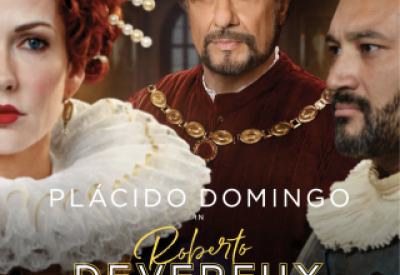 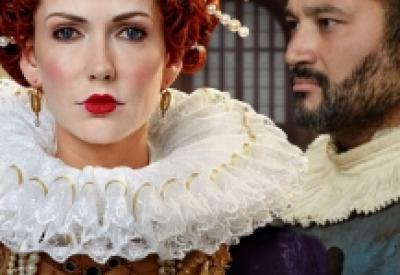 The Elixir of Generous Casting

The new music director of SF Opera is interested in just about everything to do with orchestras and music.