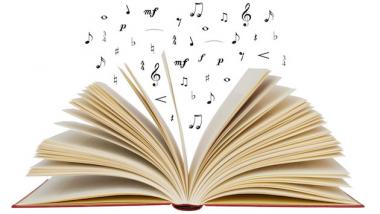 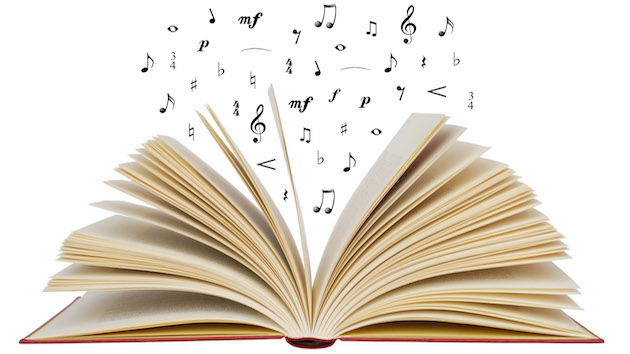 If an article can wish, or hope, this article’s wish-hope is that readers will understand that it is incomplete.

This is, after all, not an exhaustive, pompous “Best of 2016” list of literature written about music or musicians. It has as its mindset the same populist fever that flushed United States voters, citizens of Germany, and participants in the dramatic Brexit of the past year. There is something for everyone, but not enough of any one thing to prevent an alert person from declaring, “Why, this list is incomplete! It doesn’t include _____!” (Fill in the blank with book title of your choice.)

In fact, if the reader replies outnumber the books on this list, the article would be thrilled. And if this list bolsters someone’s heart because it proves that something other than vitriolic, loathsome, or self-aggrandizing words from thought leaders were published in 2016, this article will be ecstatic.

‘Nuff said. Here are some very good books with which to curl up on a couch and avoid bad weather, or work, a grumpy spouse, chores, children who fail to understand Bach’s impeccable value, or any diversion short of attending a concert, musical, dance party, rehearsal, recording session, or other music-infused experience.

When you reach the end, add your favorites. Having read these already, we could use something good to read. 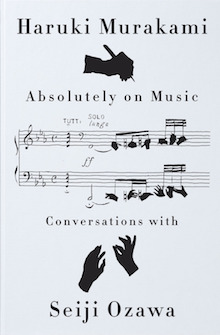 In a series of conversations held over a two-year span, Murakami and Ozawa, a world class writer and Boston Symphony’s internationally recognized conductor laureate, respectively, address a wide range of topics. The unifying factor is their shared love of music, which provides resonance and the basis for the intangible but profoundly felt rewards of their deep friendship. The essential nature of classical music may be under investigation, but the findings extend far beyond genre and speak to universal concerns and humanity. 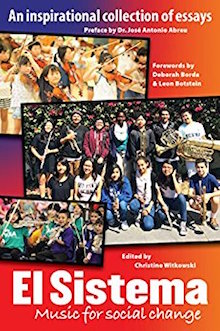 In a series of essays edited by Witkowski, the 40-year-old El Sistema program begun in Venezuela that democratizes classical music receives a multi-faceted profile. El Sistema is not as much a “system” for bringing classical music practice and appreciation to young students from varied socio-economic backgrounds as it is a philosophy or mindset. “The world is changing, and no longer belongs to one single place or culture ...” writes conductor Gustavo Dudamel. The principles described in the collected essays hold application for all educators or people interested in an approach to learning that fosters self-development and community collaboration. 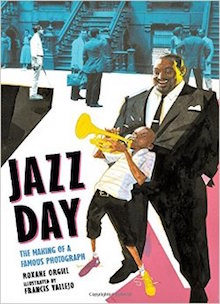 Jazz Day: The Making of a Famous Photograph

Riffing off the prior listing’s “music is everywhere” theme, this children’s picture book centers on a 1958 Esquire magazine image of jazz musicians who voluntarily gathered for a photo in front of a Harlem brownstone. Orgill’s poems and brief biographies about the featured musicians exuberantly celebrate the lyricism, syncopation, and vibrancy of jazz music’s golden age. Vallejo’s striking, detail-rich paintings leave room for the imagination. If you want a kid to get excited about music, this book is a terrific platform. 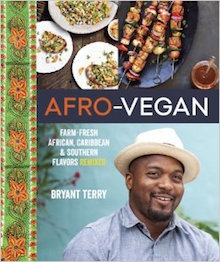 Ok, these aren’t 2016 publications. But because music lovers obviously have good taste, they like great food that comes with an eclectic soundtrack. Terry’s classic dishes of the African diaspora come with 21st-century, healthy-eating-can-be-delicious attitude. Aiming for full-spectrum, sensory pleasing experiences, soundtrack suggestions from Scott Joplin to Lil Wayne accompany each dish. Expand your palate and music library. 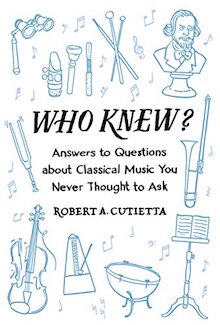 Who Knew?: Answers to Questions about Classical Music you Never Thought to Ask

Cutietta is dean of the Thornton School of Music at USC, a popular radio commentator, and the author of several books on music education and psychology. Writing answers to nuts-and-bolts questions about classical music with crystalline clarity, he avoids both dumbed-down language and academese. Novices and aficionados alike will find something of value in this one-man Q&A on orchestras, conductors, composers, operatic divas, performers, instruments, and more. 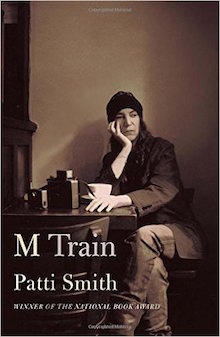 This is an outlier from 2015 that’s too good to leave off the list. Sometimes, a book that isn’t all about music explains everything about why music is essential, about how sound has the power to heal us or coax our sleeping hours into sweeter-than-real-life dreams. Traveling to 18 locations, Smith’s journaling weaves a song of sadness, reflection, joy, inspiration, and determination. Reading it is like discovering Mozart on paper, the blues in a book, and classic rock’s best-laid beat in paperback. 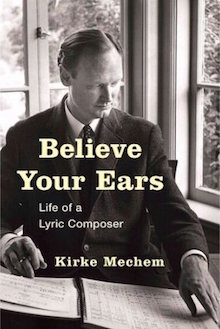 Believe Your Ears: Life of a Lyric Composer

Forgive composer Mechem’s lack of affection for atonality. Then forge into this impassioned memoir and follow an improbable path that led to his catalogue of over 250 works. His three-act Tartuffe is a signature piece, but “genre-defying” is a more accurate term to describe his work than are “choral” or “opera.” Mechem’s occasional submersion in narrative-halting gripes — chapter 12 beats the “why dissonance is bad” drum one too many times — can be overlooked because the payoff is a lively read and the author is clearly (and charmingly) devoted to his muse. 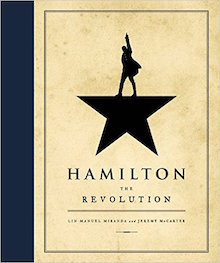 If  you want to avoid gushing about Hamilton, don’t pick up this book. Along with the full libretto come first-person footnotes by Miranda. The musical’s journey from a White House gig to Broadway success and the dramatic history of Alexander Hamilton are told by Miranda and co-writer McCarter with the same bold strokes that characterize the production. Interviews, on- and offstage photographs, and impressive design make this book a keepsake. If textbook publishers used this as a model, students of history would swarm K-12 schools and higher-learning institutions. 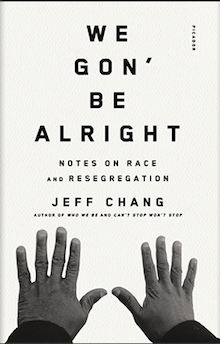 We Gon’ Be Alright: Notes on Race and Resegregation

If you wonder why a collection of essays addressing racism in contemporary society is included in a list of books about music, read Chang’s insightful, scholarly analysis of Beyoncé’s song and video, “Lemonade.” Between the staves of her chart-topping hit are the post hip-hop black oratory of Malcolm X, the civil rights songs of the 1950s, the spirituals of slaves, the rhythms of Africa — and the grace of music that counters lies, prejudice, and other evils. Chang’s previous books delve into the history and culture of the hip-hop generation’s music. Here, in We Gon’ and in his work as executive director of the Institute for Diversity in the Arts at Stanford University, he’s a conductor of a score that leads to unity, music’s greatest gift.

And although these next three books are on the to-read list, they’ve come highly recommended. If you’ve read them, give us your $.02 about them in the comment section below or on our Facebook page. And remember, the list will be thrilled to include your add-ons! 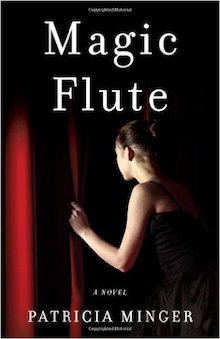 From the publisher: Liz Morgan is a talented, ambitious flutist headed for a brilliant career. But before she can achieve the world-class recognition she craves, an accident puts an end to her dreams. Desperate to fulfill her mother’s musical legacy, she fights to reinvent her path, and settles on a new passion: singing. Magic Flute is an intimate exploration of the world of grand opera. Amid the backstage detail is a story of passions and choices that explores the humanity behind the most dramatic of art forms. 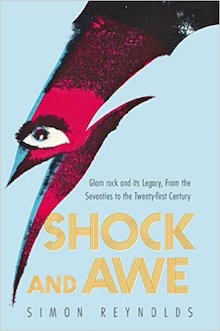 Shock and Awe: Glam Rock and Its Legacy, from the ’70s to the 21st Century

From the publisher: Shock and Awe is the definitive cultural history of glam and glitter rock, celebrating its outlandish fashion and outrageous stars, including David Bowie, Alice Cooper, T Rex, and Roxie Music, and tracking its vibrant legacy in contemporary pop. 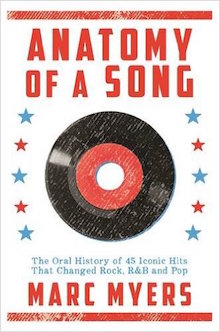 Anatomy of a Song: The Oral History of 45 Iconic Hits That Changed Rock, R&B and Pop

From the publisher: Every great song has a story that needs to be told. In Anatomy of a Song, based on the ongoing Wall Street Journal column, writer and music historian Marc Myers brings to life five decades of music through forty-five transformative songs and oral-history interviews with the artists who created them.