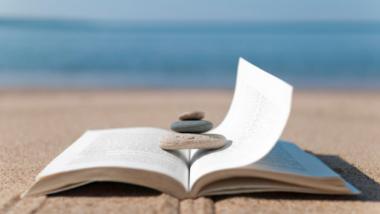 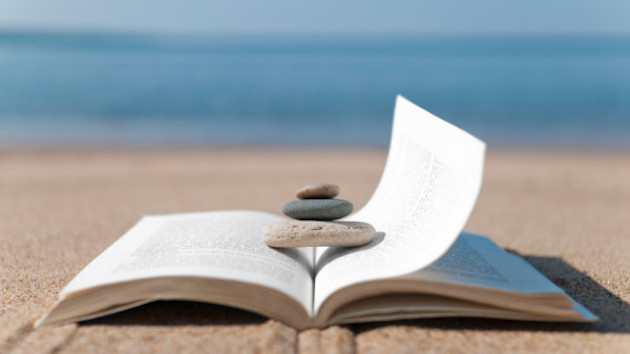 Summer! It’s a chance to lounge on the beach, lulled by the lapping waves, and dig into that book you’ve been meaning to get to since December. Try putting an SFCV spin on your summer reading this year and peruse a great book with a musical theme. Here is a selection of some of our favorite tomes featuring composers, violinists, sopranos, pianists, and a host of musical ideas. Don’t see your favorite? Let us know and we’ll add it next round. 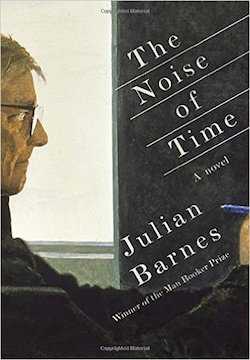 Dmitri Shostakovich’s career paralleled the evolution of the Soviet Union. He began piano lessons during the Bolshevik Revolution and his first flowering of creativity coincided with the rise of Stalin. Julian Barnes’ new novel explores the composer’s often-futile struggle to maintain personal courage and aesthetic integrity in the face of absolute power, unspeakable terror, and incomprehensible expectations. As he bobs and weaves to keep himself and his family out of the crosshairs, he wrestles with the questions of who owns the music he is creating and whether that music can convey ideology. “Magnificent ... Novels about artistic achievement rarely do justice to their subjects. The Noise of Time is that rarity. It is a novel of tremendous grace and power, giving voice to the complex and troubled man whose music outlasted the state that sought to silence him,” writes Anthony Marra in Publishers Weekly. 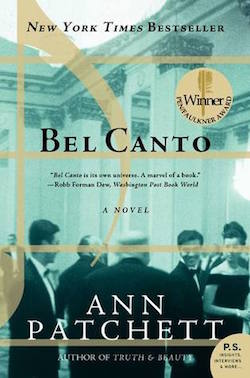 Lloyd Moss, the dean of classical-music radio, wrote, “Bel Canto…should be on the list of every literate music lover. The story is riveting, the participants breathe and feel and are alive, and throughout this elegantly-told novel, music pours forth so splendidly that the reader hears it and is overwhelmed by its beauty.” Ann Patchett’s elegant novel imagines a third-world political-hostage scenario in which a renowned soprano is among the captives. As the failed takeover stretches into months of stalemate, the diva entrances her fellow hostages and their captors alike when she resumes her daily practice regimen. Their insular world evolves with all the complexity and intrigue of grand opera. 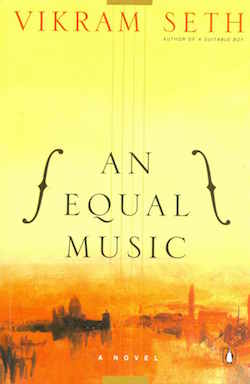 The Daily Telegraph described An Equal Music as “The finest novel about music ever written in English.” Who’s to argue? Set against the romantic backdrops of London, Vienna, and Venice, the book follows star-crossed lovers Michael Holme, a disgruntled violinist in a string quartet, and pianist Julia McNicholl, as they rekindle a love affair left dormant for a decade. Their erotic and artistic connection is complicated by Julia’s accelerating deafness, an affliction she’s kept secret in hopes of prolonging her career performing the music that gives meaning to her life. Woven through the thorny love story are strands exploring the nature of musical collaboration and insights into the creative process, all set to a soundtrack of Bach, Brahms, Mozart, Schubert, and Beethoven. 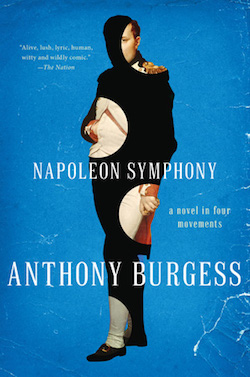 Anthony Burgess was an accomplished musician and composer who rued, “I wish people would think of me as a musician who writes novels, instead of a novelist who writes music on the side.” His best know work, the dystopian A Clockwork Orange, features a teenage thug who adores “Lovely Ludwig Van,” and Beethoven’s music is prominent throughout the novel and in the soundtrack of Stanley Kubrick’s film adaptation. When Burgess suggested that Kubrick develop a movie based on Beethoven’s “Eroica” Symphony, the director tossed the idea back and suggested that Burgess write a novel on which to base the film. Kubrick never filmed a frame on the theme, but Burgess finished his tragicomic, synesthetic biography of Napoleon. The book is ordered within a four-movement symphonic structure, with themes, variation, and a cacophony of motifs and metaphors. 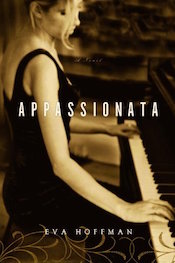 Eva Hoffman, like Anthony Burgess, studied music and imagined a career for herself at the keyboard. She weaves her musical experience into the stories of American pianist Isabel Merton who becomes entangled with a Chechen political exile who follows her through a European concert tour. While he lectures her on radical politics, she plays the devil out Rachmaninoff. Sylvia Brownrigg’s review in The New York Times notes, “Appassionata may grapple with intense political conflict, but it also makes a more subtle argument: that a woman can fully make herself into a brilliant musician only when she learns to transform tragedy into art. 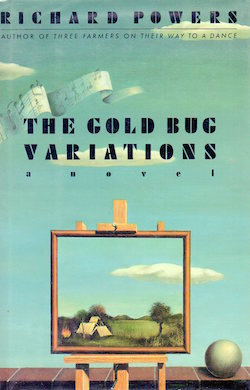 Richard Powers received a MacArthur Fellowship (“genius grant”) for his dense, demanding, often experimental literature. This novel, which topped the literary critics’ lists in 1991, isn’t about music in any conventional sense, but it is steeped in musical ideas and logic throughout. Via two love stories separated by decades, Powers explores the connections between all expressions of human thought: musical notation, genetic code, digital language, chemistry, cartography, and scientific nomenclature. The San Francisco Chronicle called it, “Magnificent ... Powers’ characters are fascinating, brilliant, eccentric people ... but beyond that is the ability to induce the reader to see the world differently, revealed in a new light.” 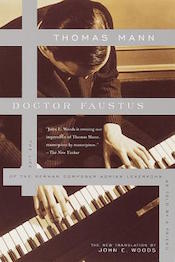 First published in 1947, Doctor Faustus: The Life of the German Composer Adrian Leverkühn, as Told by a Friend, is Thomas Mann’s dramatic retelling of Goethe’s Faust in a mid-20th-century setting. Mann repurposes the allegory, in which a young composer (in some musical respects modeled on Arnold Schoenberg) trades his soul to the devil in exchange for musical brilliance, as a critique of German society and its willingness to trade its moral center for the perceived benefits of power and stability. The New York Times wrote about Doctor Faustus, “One of Mr. Mann's major efforts, this long and ambitious novel is a formidable achievement, a vast compilation of speculative thought.” 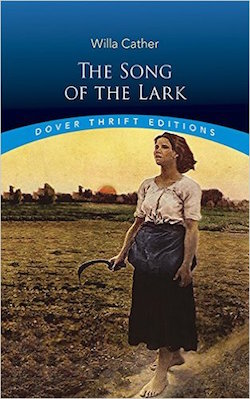 Thea Kronborg’s determined quest to become an operatic soprano takes her from the edges of pioneer Colorado to the bustling Chicago metropolis to the desert solitude of Arizona to Europe and, ultimately, to the Metropolitan Opera. Like the other volumes in Cather’s wonderful Great Plains trilogy, O Pioneers and My Antonia, the tale is as much about America’s own journey to maturity as it is about the plucky individuals she lovingly renders in each story. Based loosely on the career of early-20th-century Wagnerian soprano Olive Fremstad — who did indeed sing at the Met — The Song of the Lark offers a rare glimpse of a woman of that time building her own destiny with vision and relentless determination. 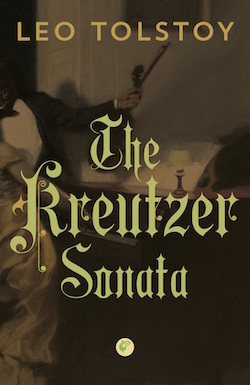 Leave your sun-blanched copy of War and Peace at home this summer and try Tolstoy’s more compact, 1889 novella. Inspired by the devilish Beethoven violin sonata that gives the book its title, Tolstoy exploits music’s power to evoke the full range of human emotions, from love to homicidal rage. The protagonist, Pozdnyshev, explains, “Music makes me forget myself, my true condition, it carries me off into another state of being, one that isn't my own.” The book was controversial when it was first published in 1890, and Tolstoy’s fanatic Christian ideals permeate the text, but Doris Lessing argues that a close reading of The Kreutzer Sonata is essential to understanding Tolstoy and perhaps all of modern literature.

For Your Inner Rocker 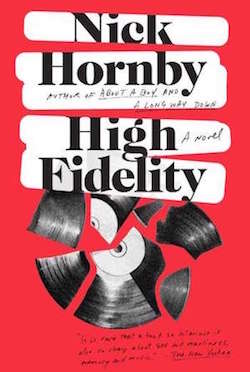 Nick Hornby is obsessed with music. Pop music percolates through many of his novels, and he writes regularly about music in essays, criticism, and blogs. The sweet, funny Julia Naked explored the arcane worlds of an obsessed, completist music fan and the musician who is the target of that obsession. In High Fidelity, the rumpled hero is another compulsive music nut with a near-maniacal relationship with his album collection, which he mines for metaphors for everything in his life. The New Yorker wrote, “Many men and, certainly, all addictive personalities will find in these pages shadows of themselves. And most of us will hear, in Hornby’s acoustic prose, the obsessive chords of the past that more often lock up than liberate our hearts.” 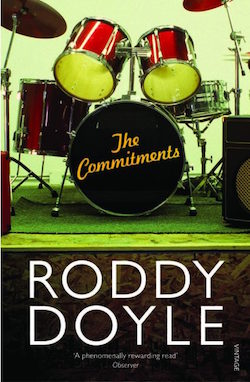 Irish novelist Roddy Doyle portrays working-class Dublin with all its gritty charm, complexity, and darkness. The Commitments, his first novel, kicked off the Barrytown Trilogy (with The Van and The Snapper), which features an overlapping cast of characters. This funny, funky, and entirely irreverent first installment follows the adventures of Jimmy Rabbitte, Jr. and his blue-collar mates as they strive to pull together “the hardest-working soul band” in Dublin. The story won international success when it was made into a movie and later a stage play, but the book offers its own rewards. Doyle captures the quirky music of the Northside Dublin dialect on the page, and parsing its meaning is a bit of a challenge initially. Stick with it — it’s a lot of fun 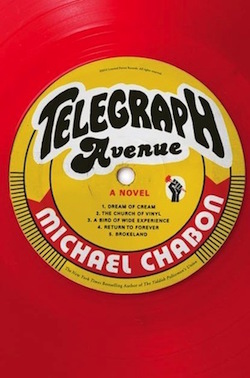 For those of us who have spent far too many hours flipping through LPs at used record shops on Telegraph Avenue, the setting of Michael Chabon’s latest tome feels like home, and the grungy bins of worn vinyl are as evocative as a madeleine dunked in lime-flower tea. Forget the implausible plot. It’s all about the lovingly rendered characters — and the music. Jake Austen of the Chicago Tribune calls it “A jam that grooves, entertains, entrances and sticks in your head with infectious melodies. ... [Chabon] is a hypnotizing master of language, crafting fresh descriptors for familiar functions, poetic detours that never sacrifice narrative flow, well-oiled metaphorical machinations, and seamless time travelling that makes the phrase ‘flashback’ seem obsolete.”

The Science of Music

This Is Your Brain on Music
Daniel Levitin
(Dutton Penguin, 2006) 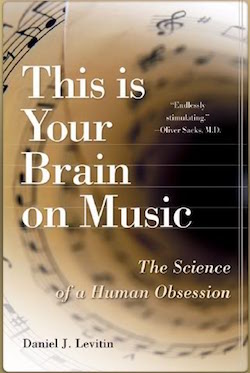 Daniel Levitin, a professional musician turned cognitive neuroscientist, wrestles with the mystery of why music affects our emotions, moods, and sense of self, and he taps research in neurobiology, neuropsychology, cognitive psychology, neurochemistry, and more to help us understand why a particular sequence of rhythms, timbres, and pitches can move us so thoroughly. Although his examples tap mostly well-known pop and rock hits, he also touches on Ravel’s Bolero and other familiar classical standards, and anyone interested in the visceral impact of music should find this fascinating.

Musicophilia, Tales of Music and the Brain
Oliver Sachs
(Knopf, 2007) 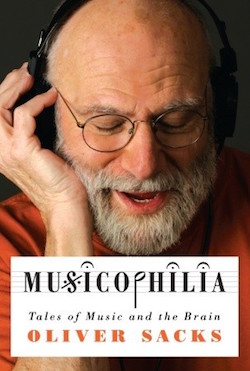 In this study from 2007, the late Oliver Sachs extends his studies of people wrestling with neurological conditions to include observations about the realm of music. According to his website, “[Sachs] examines the powers of music through the individual experiences of patients, musicians, and everyday people–from a man who is struck by lightning and suddenly inspired to become a pianist at the age of forty-two, to an entire group of children with Williams syndrome who are hypermusical from birth; from people with “amusia,” to whom a symphony sounds like the clattering of pots and pans, to a man whose memory spans only seven seconds — for everything but music.”

Books on music to inspire and inform.