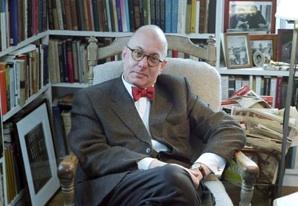 The Fabulous Invalid: More Musings on the State of Classical Music

“The Austrians have nothing to sell but Mozart” ... “The Vienna Philharmonic is an absolutely corrupt institution” ... “We in America can’t do Mozart that way; he didn’t live next door. We can only do that with jazz, or Elvis Presley” ... 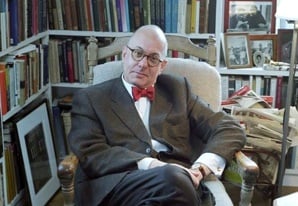 The occasion for these remarks, and others, by musicologist/conductor/Bard College President Leon Botstein — taken out of context, but no less corrosive or funny in context — was a noontime panel discussion Friday, called “The Future of Classical Music,” presented by the Goldman School for Public Policy and the Center for New Music and Audio Technologies (CNMAT) at UC Berkeley. It was the brainchild of Goldman School Professor David O’Hare, who took advantage of Botstein’s presence on campus to organize the session.

Also on the panel were David Wessel, a UC Berkeley music professor and director of the copresenter CNMAT, who’s introduced both interactive software for personal computers and live improvisation into computer music; and Matías Tarnopolsky, the director of Cal Performances, also based on campus, and former vice president of artistic planning with the New York Philharmonic.

O’Hare kicked off the discussion by citing a few issues of concern to him, including listening to music as economic activity, hearing loss among younger listeners from “overamplified performances and iPods,” and the repertory as erudite discourse (“there’s a lot of talk of the arts, not nearly enough about whether it’s of high quality”).

“I never thought of music as an economic activity!” retorted Tarnopolsky. “But I have thought about commodification.” He spoke of the New York Philharmonic’s deciding to allow free downloading of newer releases. “We want more listening to music. ... You find music everywhere in the world today. But what’s fundamental in the concert hall is surrendering your time to music — live, in front of the orchestra. And listening to Mozart is not sacrificing listening to something else. Imagine listening to Beethoven’s late quartets for the first time! It takes time. Boulez takes time. It can be transformative.”

Botstein recounted a remark by Al Gore, who had narrated a Copland piece he conducted: “He had to sit through 10 minutes [in a rehearsal] before he got up to speak, then turned to me and asked if he could say something to the orchestra — I knew of course he would be running for office ... but he said to them that he’d never been onstage with a live orchestra, had never known the beauty of that acoustic sound from amid the timbre.”

Living up to his pot-stirring reputation, Botstein said of the warhorse repertory: “I have it in my head, I can enjoy it in my head. ... I don’t understand why young conductors do the Mahler cycle over and over again, when there’s nothing more to be said. Get rid of it!” And he advised music educators “not to be like the doctor telling you what to do with a tummy ache, like Bernstein did in the ’50s ... talking down to them; that doesn’t work anymore. ... What does an audience need to know to listen? My answer: Nothing to know! You have to defend classical music from its defenders.”

Then O’Hare countered: “Leon says the arts are in good shape — but not in the economic model. The market’s broken,” and he cited statistics of enormous drops in total shipments of recordings.

Botstein retorted: “Recording is past! After the profit margins of popular music are exaggerated.” Then he mentioned his preference for listening to student orchestras over bland professional performances, shifting the discussion to the value of amateur musicianship.

CNMAT’s Wessel said that “People used to come home from a concert and try to make piano reductions of what they heard. There’s a strong relationship between perception and action. There’s an old Buddhist saying: ‘If seeing doesn’t lead to action, of what use is seeing?’ Change ‘seeing’ to ‘hearing.’”

Botstein remarked, “There’s an analogy with sports: Every high school has teams, wins trophies, is proud of them — but they’re not playing at NBA levels. ... Because Murray Perahia can play a Mozart concerto better than you can, do you give it up? That’d be pernicious. ... You go to a concert to learn from the professionals. And there’re no concussions from playing the instruments!”

A few photos were snapped, and the panelists adjourned for a late lunch — where perhaps the spirited discussion continued.

Matías Tarnopolsky is understandably pleased. Less than a year after being appointed director of Cal Performances, he’s unveiled the first season entirely of his own programming, and it’s a knockout.

Michael Kaiser: The Art of Administration

Michael Kaiser, artistic head of the Kennedy Center for the Performing Arts, is one of the more respected artistic administrators in America, as well as an inspiring speaker who is bullish on the arts. Here he talks with SFCV about the arts in crisis and the future of classical music.

Alex Ross, music critic at The New Yorker since 1996, returns to the Bay Area for Cal Performances’ Strictly Speaking series on Oct. 14 to address and sample from his new book. Here, he talks with SFCV about his last tour and the enthusiastic response accorded to his last book, The Rest Is Noise, as well as about what he’ll talk about in October — plus this and that which came up along the way.